One challenge we may face when using SQL bulk insert is whether we want to allow access during the operation or prevent access and how we coordinate this with possible following transactions. We’ll look at working with a few configurations of this tool and how we may apply them in OLAP, OLPT, and mixed environments where we may want to use the tool’s flexibility for our data import needs.

END_OF_DOCUMENT_TOKEN_TO_BE_REPLACED

The Data Flow Task is an essential component in SQL Server Integration Services (SSIS) as it provides SSIS ETL developers with an ability to conveniently extract data from various data sources; perform basic, fuzzy to advance data transformations; and migrate data into all kinds of data repository systems. Yet, with all its popularity and convenience, there are instances whereby the Data Flow Task is simply not good enough and recently, I got to experience such inefficiencies. To demonstrate some of the limitations of SSIS’s Data Flow Task, I have put together a random list of Premier League’s leading goal scorers for the 2019-2020 season.

END_OF_DOCUMENT_TOKEN_TO_BE_REPLACED

This article will cover SQL bulk insert operations deterministic outcomes and responses covering not allowing any bad data to allowing all data to be inserted, regardless of errors.

END_OF_DOCUMENT_TOKEN_TO_BE_REPLACED 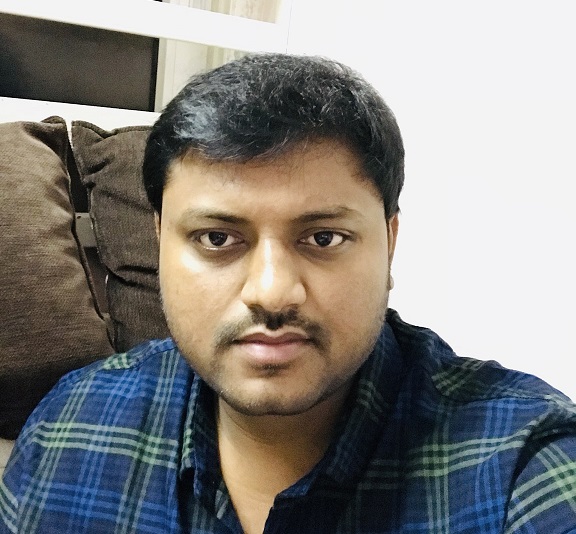 This article will focus on the various ways to disable triggers in SQL Server so they won’t interfere with certain operations like bulk inserts.

One of the challenges we face when using SQL bulk insert from files flat can be concurrency and performance challenges, especially if the load involves a multi-step data flow, where we can’t execute a latter step until we finish with an early step. We also see these optimization challenges with constraints as well, as fewer steps to complete a data flow results in saved time, but possibly less accurate data.

END_OF_DOCUMENT_TOKEN_TO_BE_REPLACED

In this article, we’ll discuss security implications of using SQL Bulk Insert and how to mitigate those risks.

END_OF_DOCUMENT_TOKEN_TO_BE_REPLACED

In the first part of reviewing the basics of bulk insert, we looked at importing entire files, specifying delimiters for rows and columns, and bypassing error messages. Sometimes we’ll want to skip first and ending lines, log errors and bad records for review after inserting data, and work with data types directly without first importing using a varchar and converting to the data type later. In this part, we look at these techniques using T-SQL’s native bulk insert.

From troubleshooting many data flow applications designed by others, I’ve seen a common pattern of over complexity with many designs. Putting aside possible risks by introducing too much complexity, troubleshooting these designs often involves opening many different applications – from a notepad file, to SSIS, to SQL Server Management Studio, to a script tool, etc. It may sound like many of these are doing a hundred steps, yet many times, they’re simply importing data from a file, or calling five stored procedures and then a file task of moving a file. This complexity is often unnecessary, as is opening many different tools when we can use a few tools and solve issues faster.

END_OF_DOCUMENT_TOKEN_TO_BE_REPLACED

There are various methods available for bulk data operations.

The BCP (Bulk Copy Program) utility is a command line that program that bulk-copies data between a SQL instance and a data file using a special format file. The BCP utility can be used to import large numbers of rows into SQL Server or export SQL Server data into files. The BCP data files don’t include any schema details or format information. Hence, it is recommended to create a format file to record the data format so in case of any failures, you can refer to the format file and better understand the data format to determine what may have gone wrong..

We’ve been using the BCP tool for a long time, the reason being that it has a very low overhead, and works great for bulk exporting and importing of data. It is one of the most efficient ways to handle bulk import and export of data.

END_OF_DOCUMENT_TOKEN_TO_BE_REPLACED

The process of importing or exporting large amounts of data into a SQL Server database, is referred to as bulk import and export respectively. Fortunately, we are provided with a plethora of native tools for managing these tasks incluing

END_OF_DOCUMENT_TOKEN_TO_BE_REPLACED

PowerShell has become the ultimate choice for many database administrators because of its efficient way of handling and managing automation in a simple, quick way. It’s built on .NET Framework and uses Object Models such as COM, ADSI, ADO, and WMI. PowerShell has replaced the traditional way of scripting that used many legacy scripting practices to monitor SQL instances.

I’ve been asked on several occasions about how to store the output of PowerShell WMI data into the SQL table. The question comes up so frequently that I decided to write this article.

When sending data within a system (such as a PowerShell object to a cmdlet), the process is straightforward. However, with non-native data interchange (for instance, WMI to SQL), the process can potentially get complicated. Due to this, many purists suggest sticking to simple interchange formats, such as CSV, JSON or in some cases, XML.

END_OF_DOCUMENT_TOKEN_TO_BE_REPLACED

In the first part of this article, we will discuss about parallelism in the SQL Server Engine. Parallel processing is, simply put, dividing a big task into multiple processors. This model is meant to reduce processing time.

Execution plans are the equivalent to highways and traffic signs of T-SQL queries. They tell us how a query is executed.

END_OF_DOCUMENT_TOKEN_TO_BE_REPLACED

BULK INSERT is a popular method to import data from a local file to SQL Server. This feature is supported by the moment in SQL Server on-premises.

END_OF_DOCUMENT_TOKEN_TO_BE_REPLACED

The Bulk copy program aka bcp is the console application used to export and import data from text files to SQL Server or vice versa.

It is very popular because it is fast and easy to download.

END_OF_DOCUMENT_TOKEN_TO_BE_REPLACED

Importing and exporting CSV files is a common task to DBAs from time to time.

END_OF_DOCUMENT_TOKEN_TO_BE_REPLACED

There has always been some debate as to whether or not there are real benefits to be gained from accessing the information in the transaction log. This article will endeavor to answer that question by looking at the following: