In the first part of this article, we will discuss about parallelism in the SQL Server Engine. Parallel processing is, simply put, dividing a big task into multiple processors. This model is meant to reduce processing time.

Execution plans are the equivalent to highways and traffic signs of T-SQL queries. They tell us how a query is executed.

In the SQL Server Engine, there is a parameter to set up a limit aka governor for CPU usage. This setting name is MAXDOP (maximum degree of parallelism). We can set this parameter in T-SQL or SQL Server Management Studio under the properties of the server. “0” means SQL Server can use all processors if they are necessary 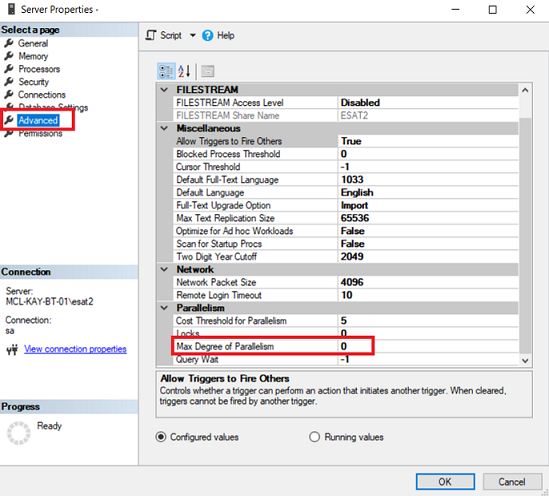 We can change this option using the following T-SQL script 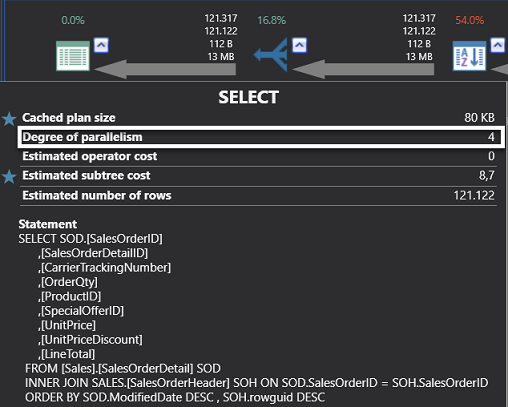 In the previous example, we can see parallel operators and as has been highlighted, Degree of Parallelism show us how many threads are used in this query.

In this step, we will look at the MAXDOP query hint. We can dictate to the SQL Server query optimizer how many threads will run in parallel. This hint specifies the number of threads for the query. We will apply this query hint to the following query and we will change our degree of parallelism to 2 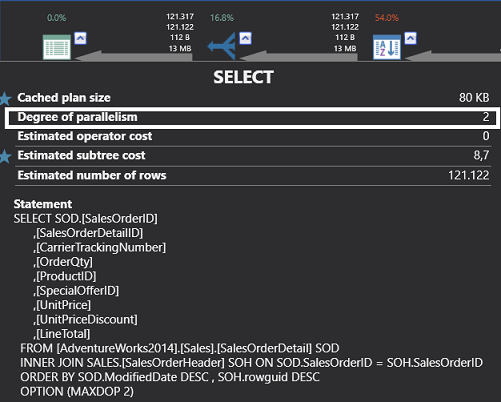 A new query hint is supported in SQL Server 2016 SP1 or above versions. This hint is ENABLE_PARALLEL_PLAN_PREFERENCE. It allows us to force the SQL Server query optimizer to select parallel plan instead of serial plan.

We will use ENABLE_PARALLEL_PLAN_PREFERENCE in this query and the Query Optimizer will generate a parallel plan.

To this point, we have discussed SQL Server query optimizer parallel processing decision, mechanism, and usage. Next, we will discuss SQL Server 2016 parallel insert and performance impact.

In SQL Server 2016, Microsoft has implemented a parallel insert feature for the INSERT … WITH (TABLOCK) SELECT… command. The parallel insert functionality has proven to be a really useful tool for ETL / data loading workloads which will result in great improvements for data loading. This is important because, in data loading, performance and time is a key metric.

Create a sample for parallel insert

We will use [Warehouse].[StockItemTransactions] table. To enlarge the data, we will create dummy source destination and insert records

This number defines how many times the record will be added.

In this step we will create destination table

We will look at parallel and serial insert query differences.

Parallel table scan operator: this operator indicates SQL Server reads the whole table row by row because we don’t have any index on source table. In the operator properties we can see number of rows read option. This option tells us which thread read how many rows and the parallel option tell us this operator run in parallel

Gather streams: collect parallel operators and convert these operators to single, serial stream. In this operator properties we cannot see any thread distribution

Cpu time: total processor time which is spent by all processors. We can see this option main execution plan operators. 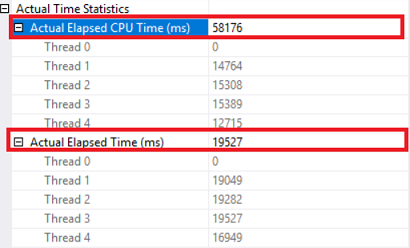 Query estimated subtree cost: this is a unit of measurement system for execution plans.

Cost threshold for parallelism: this option indicates when a query has an estimated cost greater than this value, this query may run in parallel. 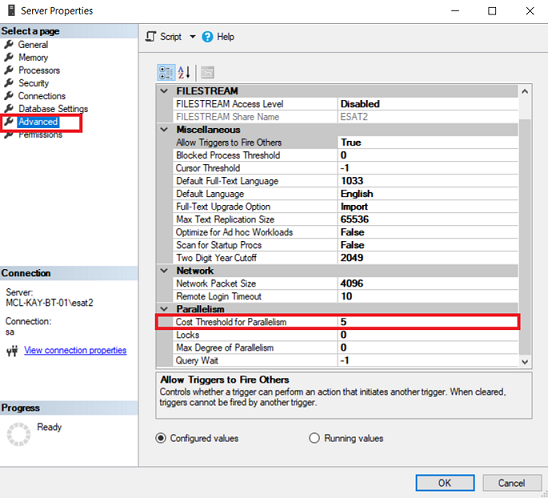 If we will run previous query. We could not see the parallel operators


This query will generate a 2 thread parallel plan


This query will generate a 3 thread parallel plan 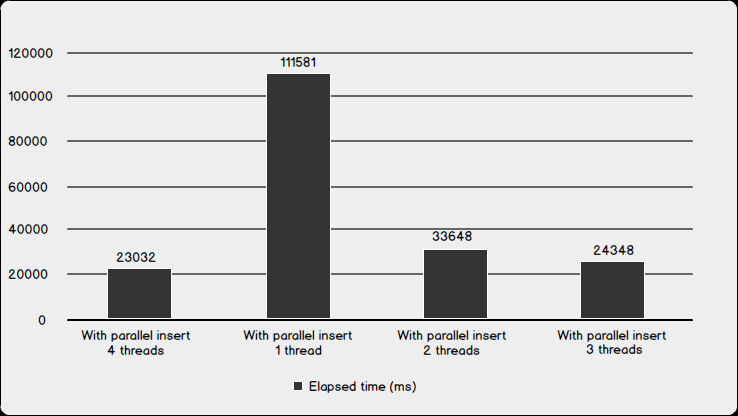 The chart above tells us that parallel insert option creates a significant performance improvement. It reduces the execution time of query.