SQL WHILE loop provides us with the advantage to execute the SQL statement(s) repeatedly until the specified condition result turn out to be false.

The following flowchart explains the essential structure of the WHILE loop in SQL: 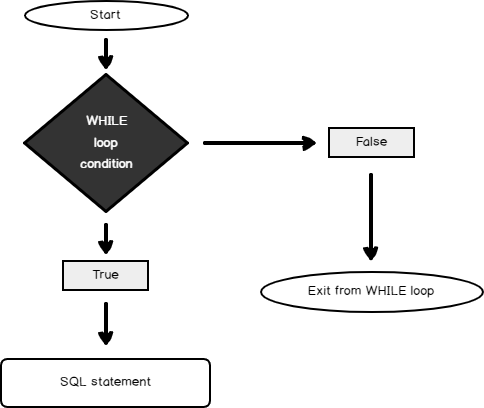 SQL WHILE loop syntax and example

The syntax of the WHILE loop in SQL looks like as follows:

After these explanations, we will give a very simple example of a WHILE loop in SQL. In the example given below, the WHILE loop example will write a value of the variable ten times, and then the loop will be completed: 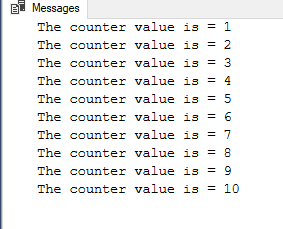 Now, we will handle the WHILE loop example line by line and examine it with details.

In this part of the code, we declare a variable, and we assign an initializing value to it:

This part of the code has a specified condition that until the variable value reaches till 10, the loop continues and executes the PRINT statement. Otherwise, the while condition will not occur, and the loop will end:

In this last part of the code, we executed the SQL statement, and then we incremented the value of the variable:

The following flowchart illustrates this WHILE loop example visually: 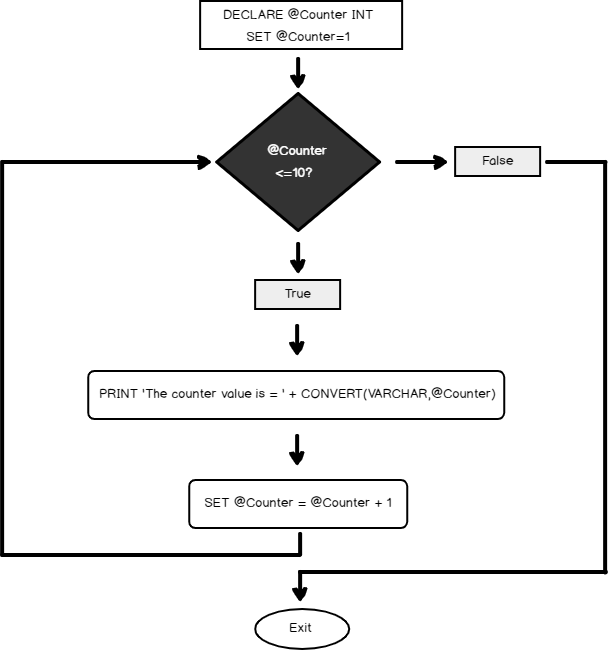 In the infinite loop AKA endless loop, the condition result will never be false, so the loop never ends and can work forever. Imagine that we have a WHILE loop, and we don’t increment the value of the variable. In this scenario, the loop runs endlessly and never ends. Now, we will realize this scenario with the help of the following example. We need to take account of one thing that we should not forget to cancel the execution of the query manually: 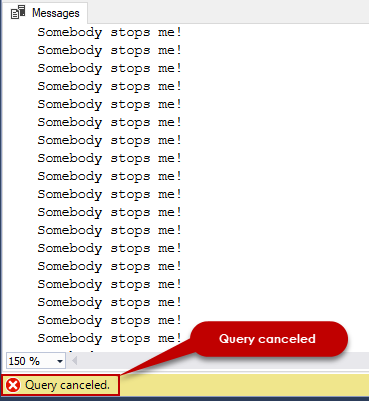 In the following flowchart, it is obvious that the value of the variable never changes; therefore, the loop never ends. The reason for this issue is that the variable is always equal to 1 so the condition returns true for each iteration of the loop: 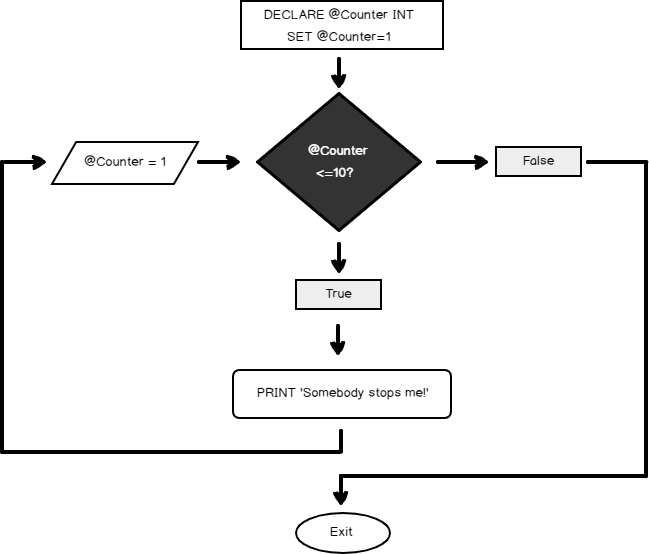 The following example shows the usage of the BREAK statement in the WHILE loop: 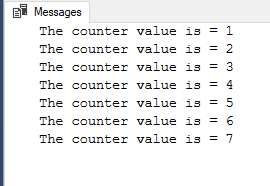 In this example, we have checked the value of the variable, and when the value is equal or greater than 7, the code entered the IF…ELSE block and executed the BREAK statement, and so it exited the loop immediately. For this reason, the message shows the values of the variable up to 7. If the condition of the IF…ELSE statement does not meet, the loop will run until the condition result will be false. The following flowchart explains the working logic of the BREAK statement example as visually: 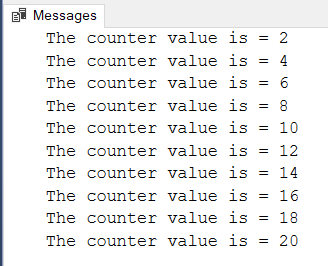 The following flowchart explains the working logic of the CONTINUE statement example as visually: 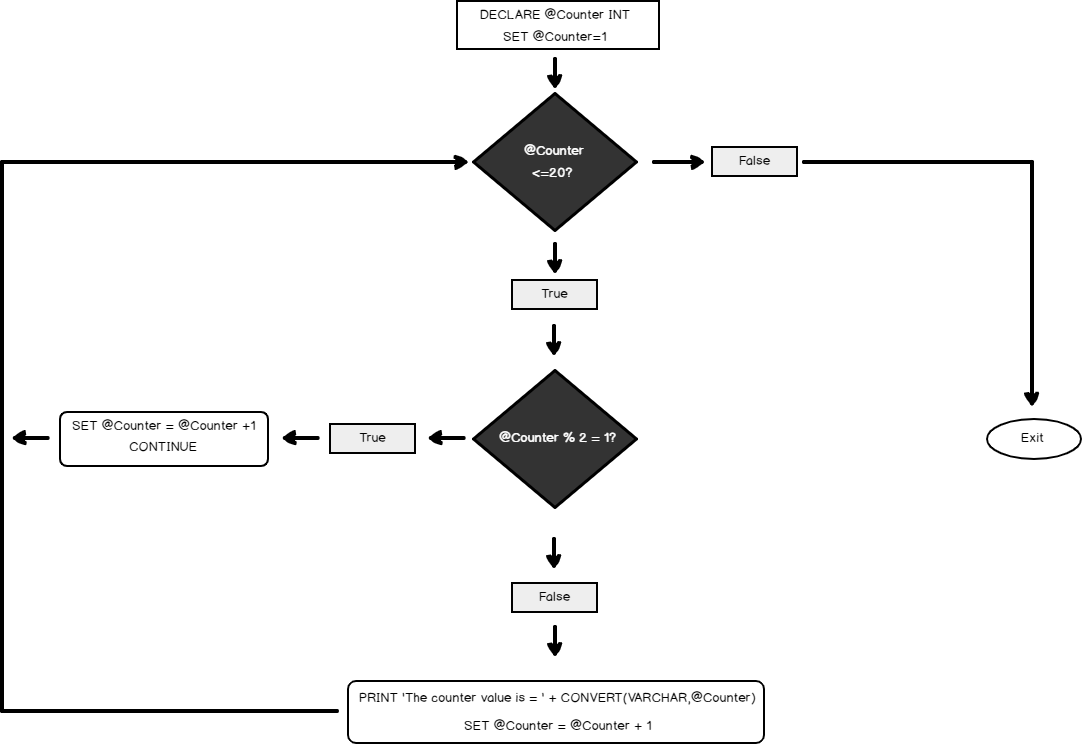 Reading table records through the WHILE loop

In the following example, we will read table data, row by row. Firstly we will create a sample table:

In this step, we will read all data row by row with the help of the WHILE loop:

In this example, we read the table rows via the WHILE loop. We can also develop more sophisticated and advanced loops based on our needs.

In this article, we learned the SQL WHILE loop with quite simple examples. We also virtualized and explained the examples with flowcharts. WHILE loop helps us to achieve iterative operations in SQL Server. At the same time, BREAK and CONTINUE statements can be used to control iteration of the WHILE loop in SQL Server.