In this article, I am going to discuss some of the best practices that a programmer must follow while programming in python. Python as a language has evolved to a great extent over the last few decades and has gained popularity amongst a lot of software programmers, data enthusiasts, and system administrators. This is because of the ease of writing code in python and the large community behind it. 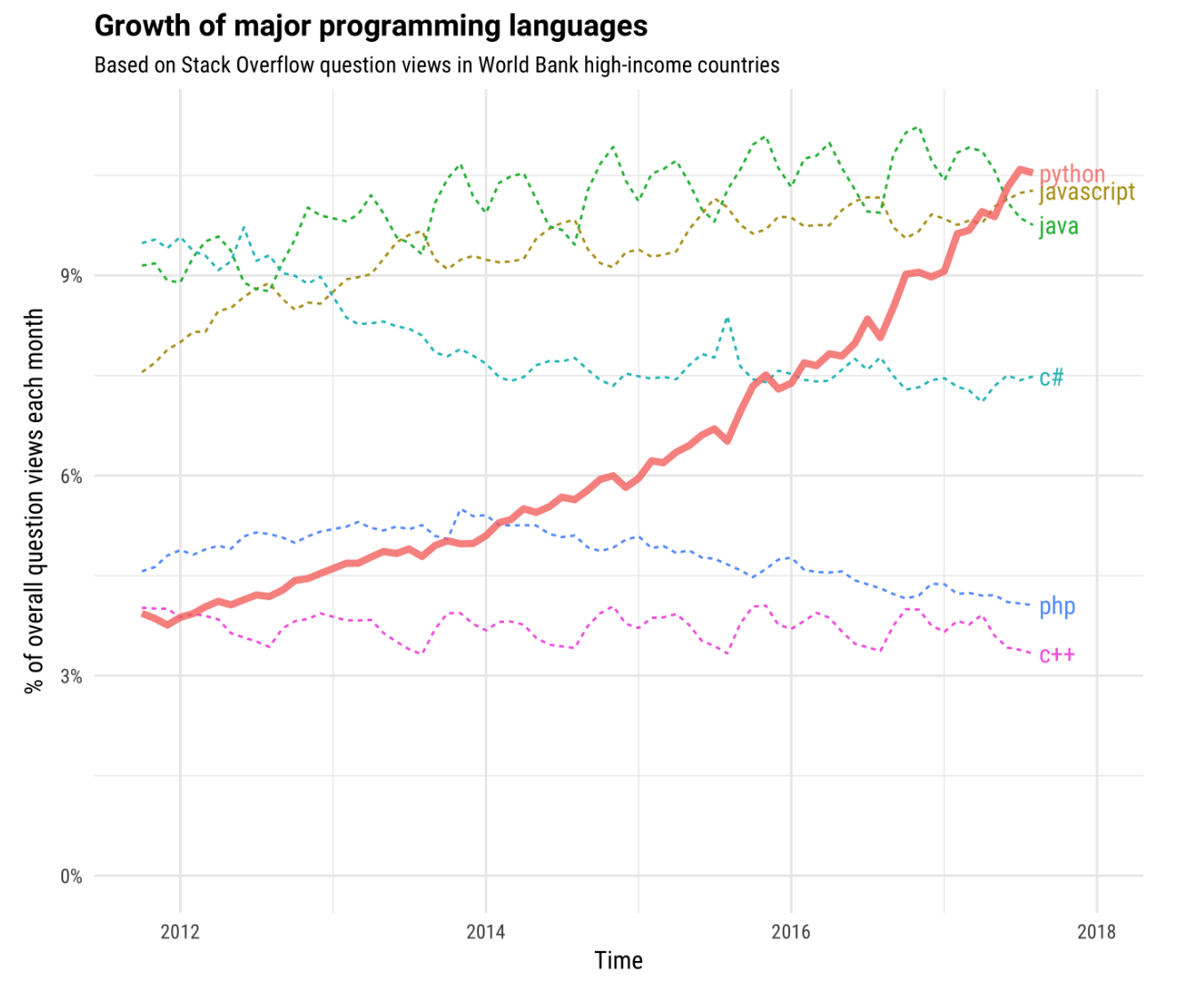 In the above figure, you can see the trend of python as compared to the other popular programming languages. This survey was conducted by Stack Overflow and reflects that developers love programming in python and the popularity is still rising.

As per the official documentation – “PEP stands for Python Enhancement Proposal. A PEP is a design document providing information to the Python community, or describing a new feature for Python or its processes or environment. The PEP should provide a concise technical specification of the feature and a rationale for the feature.” You can read more about PEP here. Basically, PEP enables the developers to propose new features to the python community, raise and track issues with the community and also document the design decisions for implementing a particular feature within python. If you are beginning to programming in python, I would suggest understanding how python and the community around it work for a better understanding of the community standards. 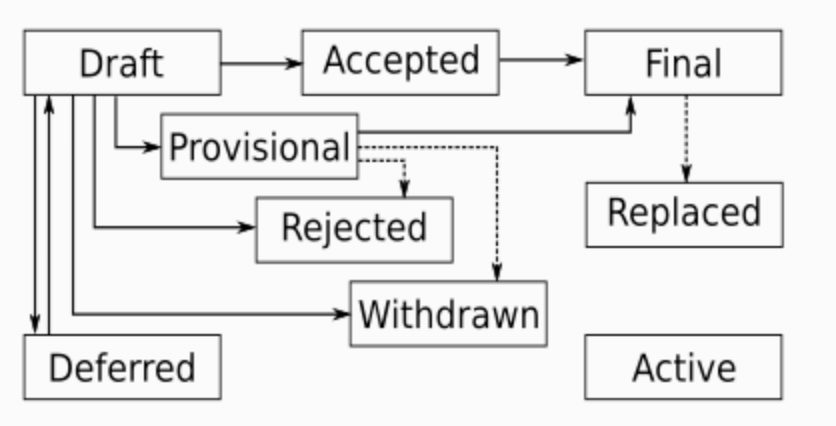 In the above figure, you can see a workflow that describes how the PEP tasks are maintained and released. In this article, I might use PEP as a reference to some design and code guidelines.

When you start programming in python or any other language, a lot of the effort goes into deciding meaningful class names, variables, method names etc. Although it differs from developer to developer, it is often advised that we should follow a similar naming pattern while writing code. PEP-8 is a styling guideline offered by the community that tells us how we should choose and define our naming conventions for our python program. The PEP-8 is guide was developed by Guido van Rossum, Barry Warsaw, and Nick Coghlan in 2001 which primarily focuses to improve the readability and consistency of the python code. I am going to discuss a few of the major naming convention best practices from this guideline below.

Simple tips while programming in Python

Now that you are aware of the naming conventions and styles while programming in python, let us look into a few simple tips that will help you understand your code better. 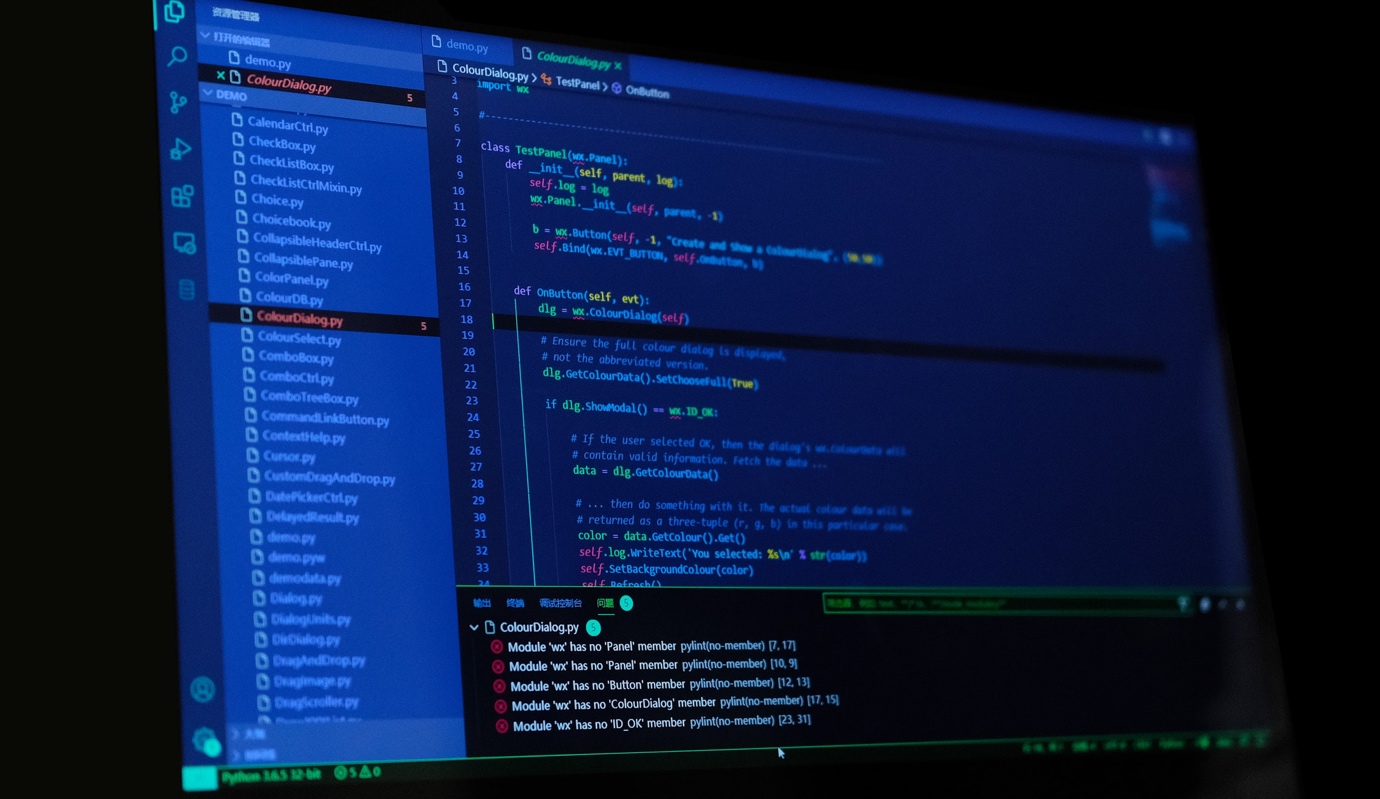 Check the memory of your python objects

When you create variables or data frames in python, often it becomes challenging if you are allocating a lot of data into the variable. It is advised that you efficiently check the memory of your variables while writing your code, so that you know how to deal with those variables. You can use the following code to see the memory of your objects.

This is one of my most favorite tips that I have been using for a long time now. I was not aware of this functionality and often used it to wrap multiple variables into a list or dictionary before returning to the function. This significantly helps to write simpler code rather than combining all the variables to a list or dictionary. As a best practice, you can use this tip when you have at most three or four return variables. In case you have more variables to return, you can use a data class. Read more about python data classes here.

While programming in python or any other programming language, you might often come across situations wherein you would need to join one or more strings together to form a concatenated string. Fortunately, python offers a .join method using which you can concatenate all the strings from a given list. Alternatively, you can also do a loop to join the different strings in the list, however that is not considered a good design.

As you can see in the code above, you need to provide a space between quotes before the .join method, and as such the strings are concatenated.

While your program with python, sometimes it becomes essential to document the purpose of your code block. PEP-257 introduces a concept of using docstrings within your python code that helps you documents your methods and classes easily. You can use one-liners for your simple functions as below.

If you need to write multi-line documentation, you can follow this example.

In this article, I have explained a few ways to be a better programmer while programming in Python and follow best practices and guidelines. As a developer, your code should be easy to understand to anyone who reads it, well documented, and simple. You should always take special care while naming variables and methods as it helps a lot when any other developer tries to understand your code.