In this article, I am going to explain in detail the Pandas Dataframe objects in python. In the previous article in this series Learn Pandas in Python, I have explained what pandas are and how can we install the same in our development machines. I have also explained the use of pandas along with other important libraries for the purpose of analyzing data with more ease. Pandas provides a dataframe object which makes it relatively easier to consider working with the data as it provides a tabular interface for the data in it. People who are already familiar in working with relational databases, they can really find similarities between a table in the database and the dataframe object in pandas.

Setting up the virtual development environment

Once you run the above command, you can see that a new folder has been created with the name “env“. This is the virtual environment directory where all the binaries and libraries related to your code will be stored. As you can see, we have the python.exe file available under the “Scripts” directory which can now be used while running the application. 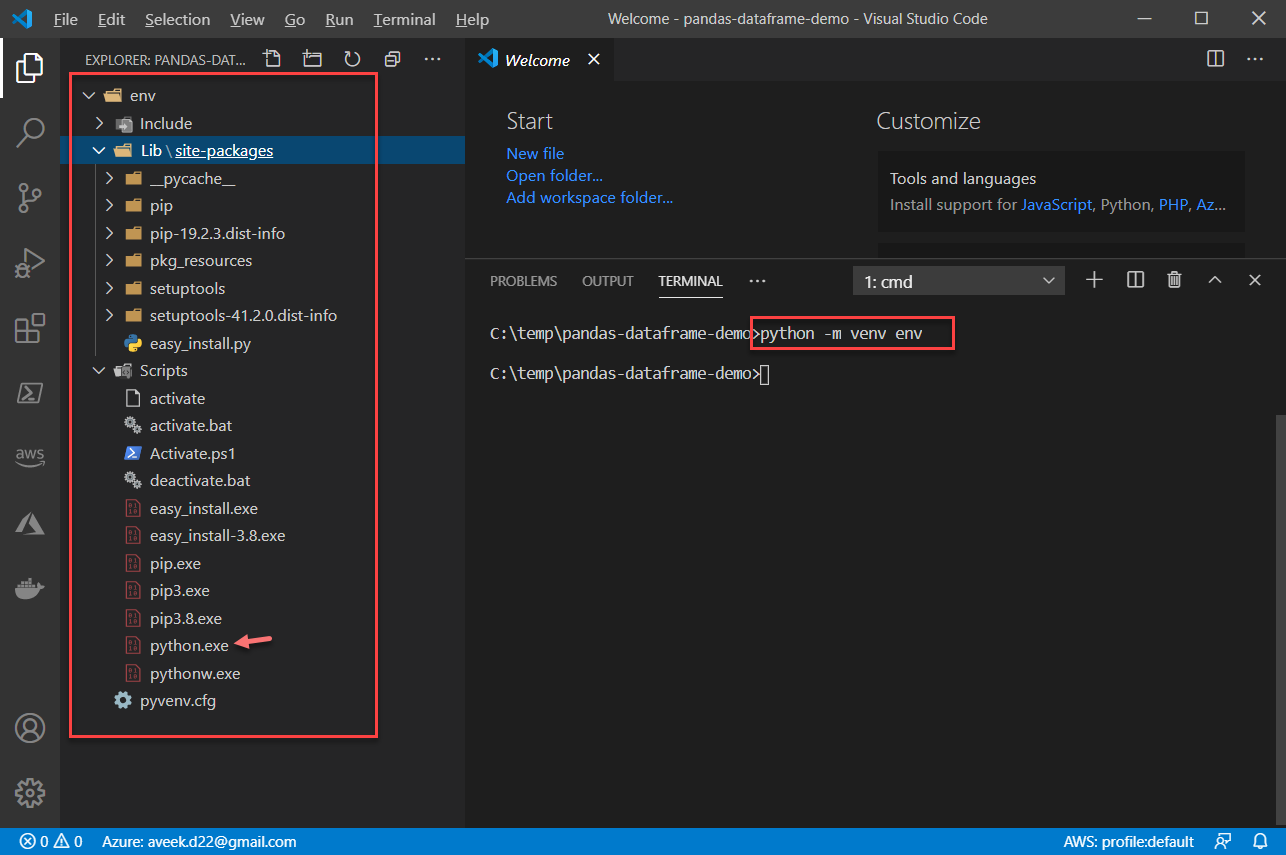 This will activate the environment and you can now see an “env” keyword appear before every line on the terminal. This means your virtual environment has been set up and activated.

Installing pandas in the virtual environment

This might take some time depending on the speed of your network as it will download the WHL file from the server and get it installed.

We are now all set to start writing our code for pandas and analyze our data. However, like the conventional way of using python files, we will instead write our code using a Jupyter Notebook, a feature within the VS Code. This will help us to read and execute our code in a more managed way. Create a new file with the extension as “.ipynb“. This is the extension for an IPython Notebook which is supported by Visual Studio Code. 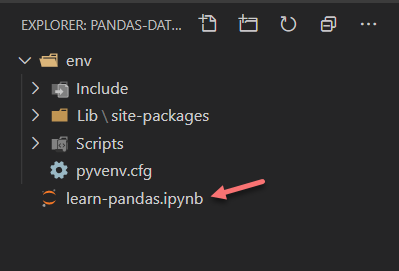 As soon as you open this file, you can see that a new interactive window opens up in the editor pane. Click on the Python version on the right and select the interpreter from the virtual environment. 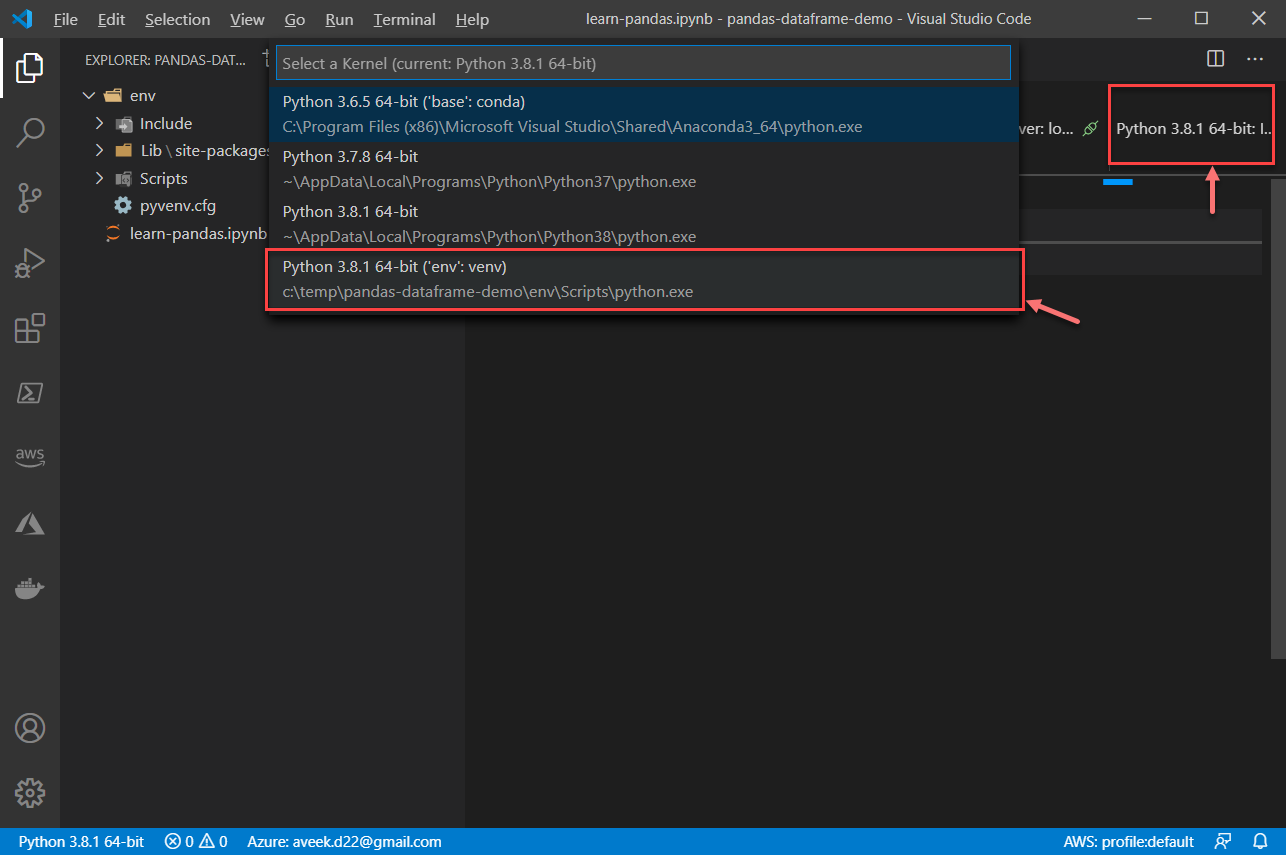 Figure 5 -Selecting the interpreter from the virtual environment

Now that our python notebook is ready, we can start importing the pandas library into it and read a CSV file and load the data into a pandas dataframe. Once you write your code in the cell, click the Run button to execute the cell.

As you can see in the figure above, the cell has been executed and the data from the CSV file has been loaded into the dataframe.

As you can see, the head() method returns the top 5 records from the dataframe. This command is essential when your dataframe is quite large and you want to view all the columns and understand the data in those columns. However, loading and displaying the entire dataframe in a notebook is not advisable as it will not be displayed properly or will cost a lot of memory. 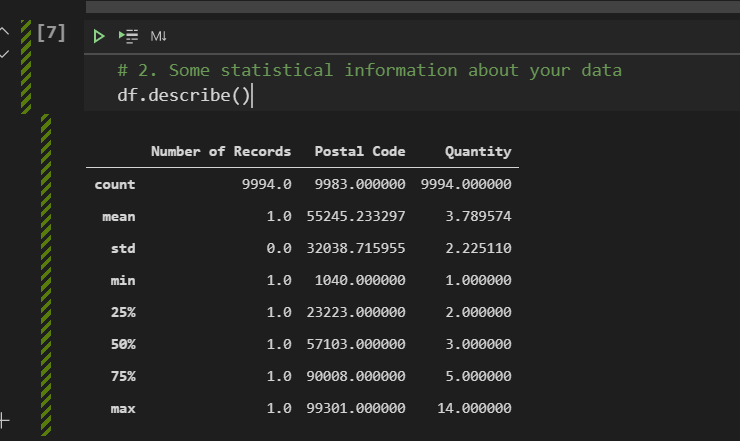 Figure 8 – Running the describe() method on the dataframe

The describe() method, provides a high-level statistical inference about the data available in your dataframe. It is useful when your dataset contains a lot of numerical fields.

Figure 9 – Viewing the list of columns in the Pandas Dataframe

It is also useful to see a list of all the columns available in your dataframe if you have a very wide dataset and all the columns cannot be fit into the screen at once.

Working with the Pandas Dataframe

Now that we have some idea about the dataframe, let us go ahead and apply some operations on this dataframe. The first thing you might want to do in an initial dataframe is to select only a list of few columns from the entire dataframe that suits your interest. This can be done by using indexes or by specifying conditions to select the selected columns. Let us explore in detail. 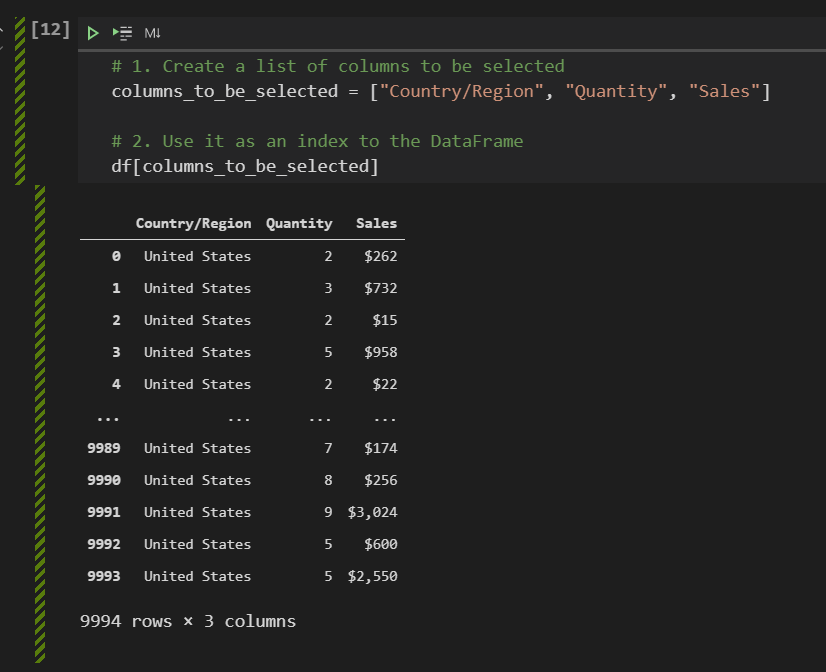 As you can see in the figure above, we have first created a list that stores the names of the columns that we need to be displayed. Then, we pass this list as an argument while calling the dataframe.

Now that we know how to select a subset of the dataframe by specifying column names, let us explore how to filter the pandas dataframe using conditions. Filtering is almost similar to how we do for relational tables. We can filter records by specifying the conditions as mentioned below.

You can also filter string values in the same way. Additionally, you can specify multiple conditions while filtering the records from the dataframe and it can be done as follows.

Figure 12 – Filter string and integer together

Additionally, you can also perform arithmetic operations like summation, finding the maximum and minimum, and perform other statistical calculations on your numerical fields. Let us now try to find the total number of items sold since the beginning. This can be done by running the following command.

You can also find the maximum and minimum items that were sold as follows.

Figure 14 – Returning the maximum and the minimum values