Database snapshots are like a view of a database as it was at a certain point in time. It is a read-only copy of the data and the state of the pages, which are made possible using a pointer file called the sparse file. A snapshot contains the original version of pages, and changes in the source since the snapshot was created. However, remember that this is not a full copy of the database.

Snapshots are typically useful for purposes like audits and reporting. Another use for snapshot backups is that multiple snapshots can be created for a database, and these can be taken at different points in time. This helps with period-over-period analyses.

Snapshots can be created using the CREATE DATABASE command along with the AS SNAPSHOT option. A snapshot always starts with a near-zero size. This is because a snapshot stores changes to the database since the snapshot was created. As changes in the database occur, the snapshot starts to grow, and may even see significant variation in size. Therefore, it is always recommended to keep an eye on them to avoid low-disk-space alerts.

The database snapshot feature is made available in all editions starting with SQL Server 2016 SP1. 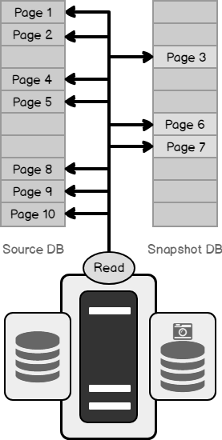 Lets deep-dive into the concepts using a demo

The next step is to create a table SQLShackAuthorDS and insert dummy records into it. 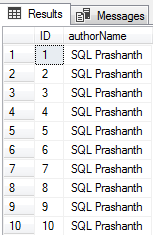 We can now see the Snapshot, called SQLShackDSDemo_Snapshot, in the Database Snapshots folder in the Explorer. 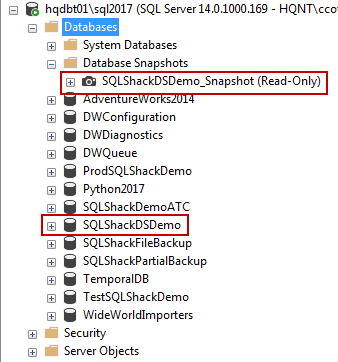 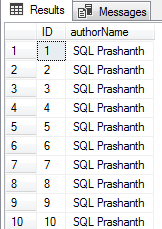 Next, let’s query the system catalog to get the size of the sparse file. To do this, select the is_sparse column from either sys.database_files in the database snapshot or from sys.master_files. This is a boolean flag-like indicator: 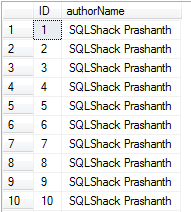 In this example, we revert the changes made on the table, SQLShackAuthorDS, using the snapshot by merging the authorname column based on the id field.

The following output shows that the data is updated 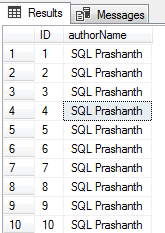 A database revert operation requires the RESTORE DATABASE permissions on the source database. To revert the database, use the following Transact-SQL statement:

In this article, we have discussed the difference between snapshots and backups in SQL Server, making it easier for an administrator to choose between the two available options. We saw that a snapshot represents a point-in-time reference to the original database.

The two are very different techniques and from a performance perspective, a snapshot is created much faster than a backup/restore, but that is because it does not contain any real data when you first create it. Changes to the data pages are written to sparse file only when there is an update on the source database.

You can create more than one snapshot to source database. However, as the number increases, the I/O also increases, which reduces the system performance.

Database snapshots can only be a supplement for backup/restore, never a substitute.

Snapshots are found to be useful for reporting and auditing purposes, since it generally doesn’t involve locking. It is also useful for some application deployment that involves schema-level changes and large bulk updates.