Data is the key to your organization’s future, but if it’s outdated, irrelevant, or hidden then it’s no good. Maintenance and administration of databases takes a lot of work. As database administrators, we often tend to automate most of these repetitive tasks. A database refresh is one of the most common tasks performed by most of the administrators as part of their daily routine.

Today, database refreshes are quite frequent because of Continuous Integration (CI) and Continuous Deployment (CD). In most of the cases, testing requires a separate but current production dataset to ensure the validity of the desired result.

In today’s world, we rely more on third party tools to perform a Backup and Restore of databases. With many advanced tools and techniques, this is a pretty straight forward approach. Think of the real-world scenarios where customers rely on the native SQL Tools and techniques. Creating an automated database refresh tasks regularly will have a huge impact on the quality of the release management cycles and would save a lot of time for the database administrators.

There are many ways to automate this, some of which are:

In this article, we about the following:

Using sqlcmd provides flexible ways to execute T-SQLs and SQL script files. As its available on Linux, Windows and Mac, this command line utility plays a vital role in managing the database restore operations in a DevOps pipeline.

This section deals with the preparation of a PowerShell script to automate database restoration using the SqlPackage tool which is part of the SQL Server Data Tools suite.

The first step is to prepare and set the environment variables. The SqlPackage tool is installed under C:\Program Files (x86)\Microsoft SQL Server\140\DAC\bin. The script uses sqlcmd and SqlPackage tool; make sure that the path variable is updated accordingly.

In most of the case, defining a backup file is a standard practice as one backup file may not be enough to safeguard the entire system. So, a backup file name should be more meaningful with timestamps attached to it, and it should speak a little about the data. It includes the following;

In the following example, the short form is used

Now, we’ll see how to get the latest bacpac file. In this case, selecting an item is done using Get-Childitem cmdlet. The specific files are listed using pattern matching. The output is then piped to get a sorted list in a descending order and then selected the first object of the list into the resultset.

There are some caveats to keep in mind while importing the data. The database must either not exist or be completely empty. The following SQL is used to check for the database existence on the target SQL instance. On its existence, the database is dropped using sqlcmd.

To import the database, you can run the following command. These commands work for databases on a local instance or remote instance of SQL Server or even an Azure SQL Database instance:

In this case, we are connecting to a Linux instance.

Listed below are the arguments we’re using for importing the bacpac file. In my example above, I’m using the short form, you can use either long or short forms that suit your requirements or understanding

Copy and save the Appendix A content into sqlpackage.ps1 file

A batch file is a collection of commands or executables, run within the command shell (CMD). It’s similar to a bash script in Unix/Linux.

Let’s save the below following script code as a batch file. The filename has an extension of .bat or .cmd.

I would like to take you through the for loop of the code. For example,

FOR /F [“options”] %%parameter IN (‘command to process’) DO command. Here are the steps we’d follow: 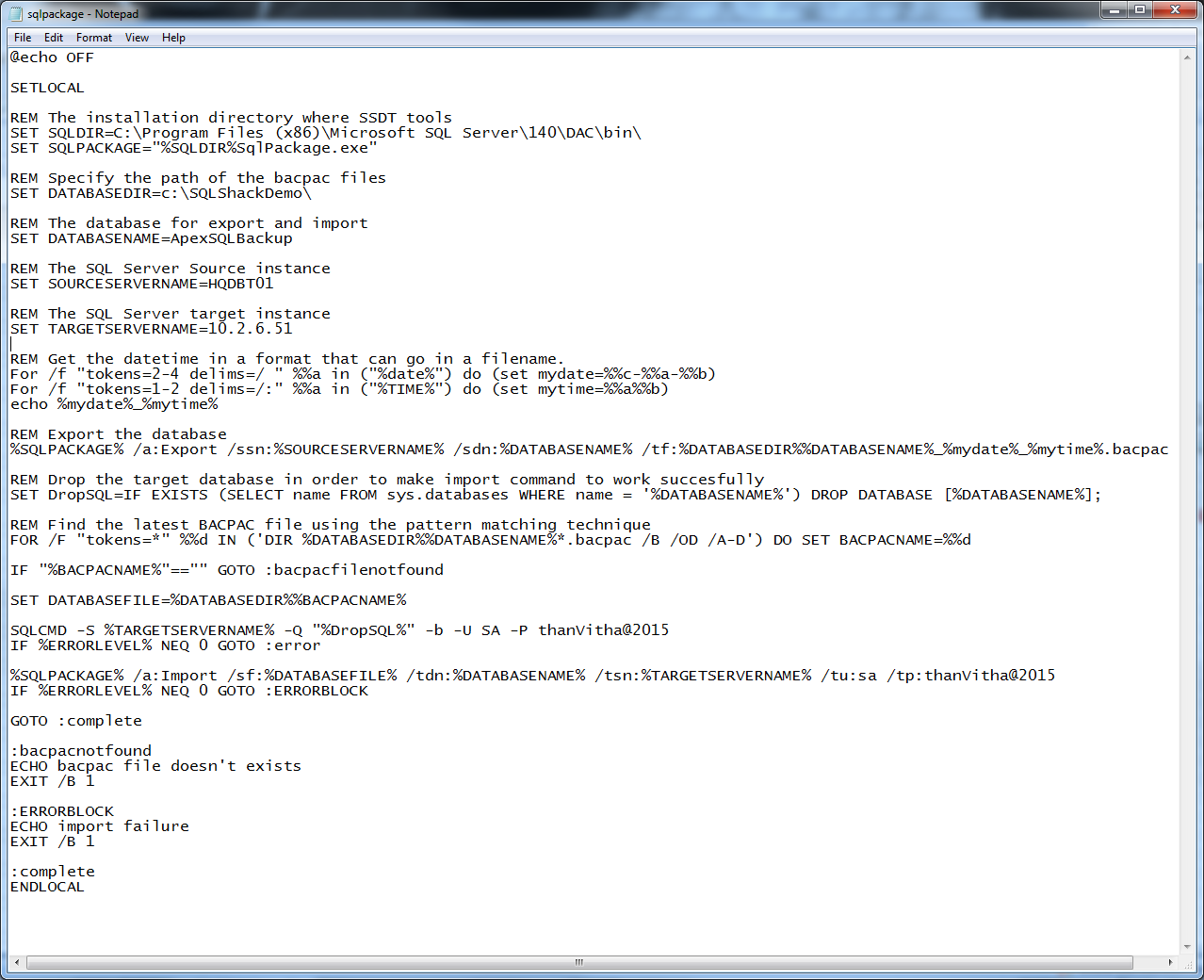 Save the batch script from Appendix B as a .bat file: 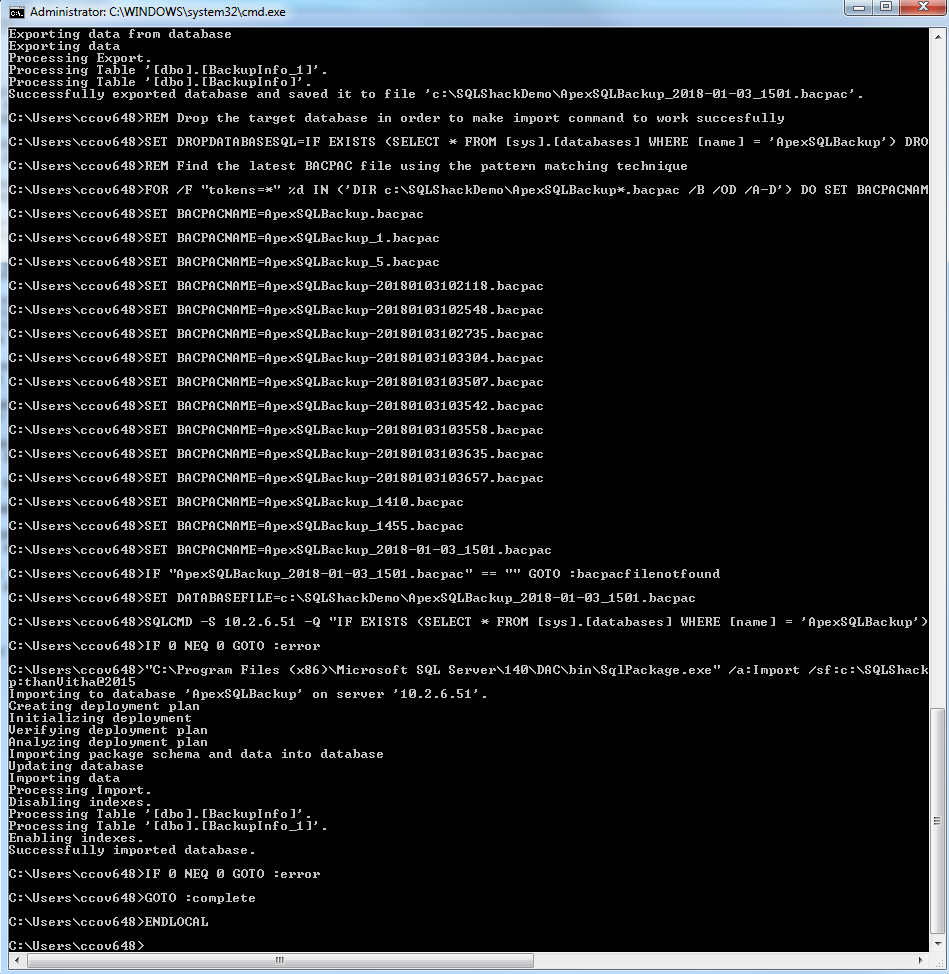 In this article, we looked at how a PowerShell or a Batch script can be used to automate data restoration using a bacpac file using sqlpackage.exe. This tool is one of the easiest tools that can be used to refresh the database. The code can be further simplified and automated for various other database refresh needs.