The set theory is very important in order to understand data and databases. While you could live without it and still be a good SQL developer, understanding it will surely help a lot. So, let’s dive into the matter.

I guess you remember these lessons from high school. To me, this was one of the most boring parts of my education, because many things sounded so obvious and you just had new notation and operators to work with sets – again pretty obvious one. While most people won’t use that knowledge later in their life, that’s not the case for those who are into databases.

What are Sets in the Set Theory?

Sets can contain really anything. Let’s start from the simplest possible set and that is the empty set – S = {}. As you can see, the empty set doesn’t contain any data. We don’t know anything about that set since it’s undefined – there are no data types or data values.

Note: In the set theory, a set can contain anything, and the set elements even don’t have to be of the same type.

We’re more interested in sets that contain structures/records/tuples. Let’s take a look at one such example country = {(1, Deutschland, Germany, DEU), (2, Srbija, Serbia, SRB), (3, Hrvatska, Croatia, HRV), (4, United States of America, United States of America, USA), (5, Polska, Poland, POL), (6, España, Spain, ESP), (7, Rossiya, Russia, RUS)}. We have a list of 7 structures containing data for 7 different countries. This is something we’ve already met, and these data are actually the contents of the country table from our model.

Let’s remind ourselves of the model we’re using in this article series.

If we’re talking from the perspective of the set theory, you can look at each table as one set. Same stands for query results. Technically the result of each query is a new table and you’ll treat it in the same manner as the regular table – this query result is also a set; you can write new queries using this query as a table etc.

In SQL Server we have 3 important operators at our disposal – UNION (ALL), INTERSECT, and EXCEPT. They return the result of related operators from the set theory (on the picture below). 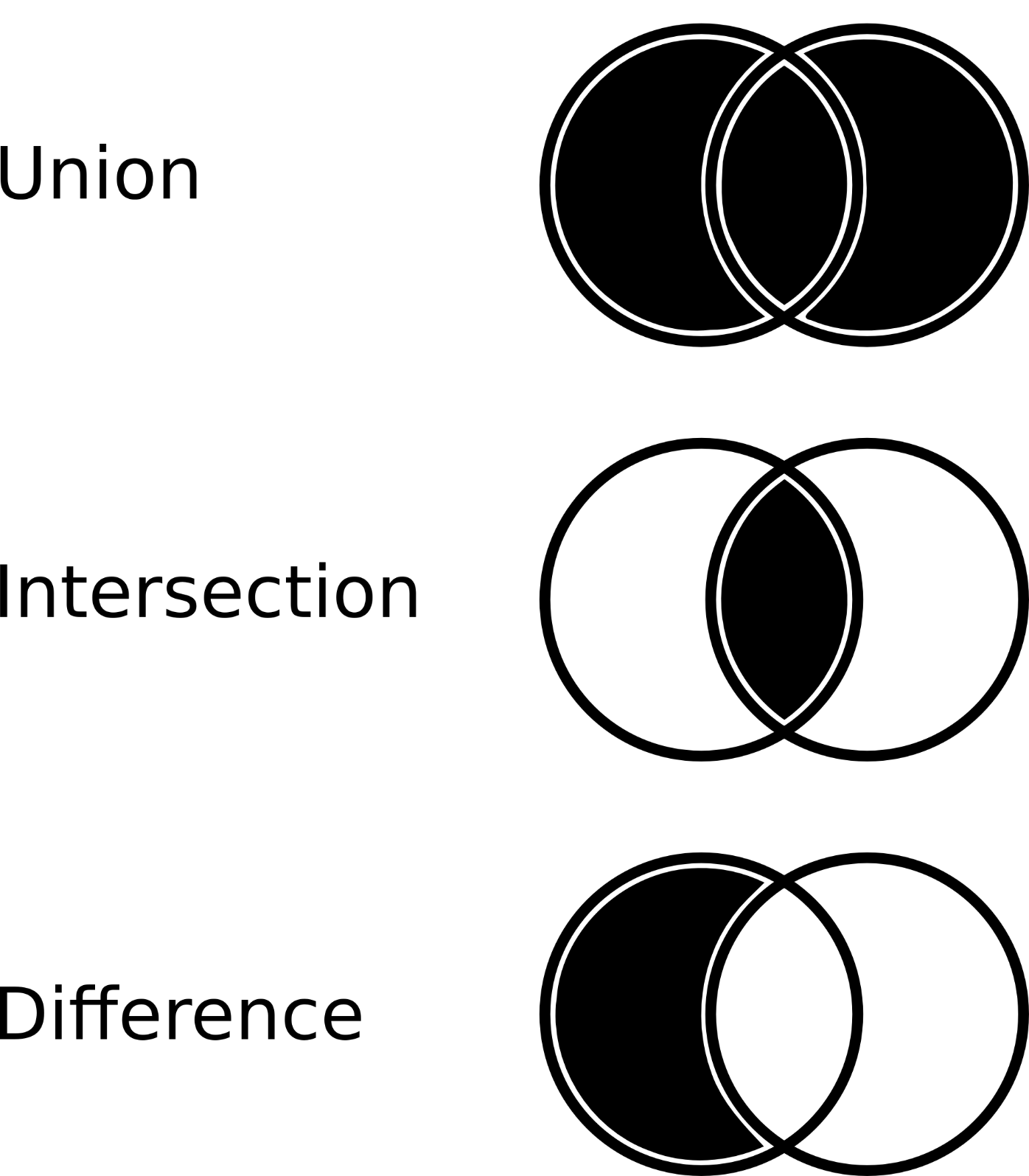 The easiest way to explain this is:

We talked a lot about the set theory so far, and now it’s time for some practice. We’ll write down a few queries which will show how UNION (ALL), INTERSECT and EXCEPT operators work.

You should notice a few things:

#2 UNION and UNION ALL

Now we’ll use two available UNION operators. Any of these operators (UNION (ALL), INTERSECT, EXCEPT) is used in a way you just place it between queries.

For these two result sets returned, you should notice the following:

The INTERSECT should return elements/rows which appear in both sets.

Everything went as expected and you can see that the “Bakery” row was returned as a result.

The EXCEPT operator returns all elements/rows from the first set, except those that are in the second set.

The most important thing you should notice here is:

Why Should You Understand the Set Theory?

Theory in IT is not so “hot” as the practice is. Same stands for the set theory. Still, understanding what lies in the background of the operations you run is essential for better understanding not only these operators but databases themselves.