In this article, we will explain how to use the Business Intelligence Markup Language (Biml) to build SSAS OLAP cubes, noting that this article is the ninth article in the Learn Biml series.

As we mentioned previously, Biml scripts are not only used for building Integration Services packages. They can also define and deploy database objects or SSAS OLAP cubes and tabular models.

Biml SSAS projects are only available in BimlStudio (commercial product and the only Biml development IDE). To create SSAS projects using BimlExpress, we should use the SSIS task and components to execute SQL, MDX, and XMLA commands to build relational or analytical databases.

In this series’s previously published articles, we explained how to use Biml scripts to create and manage SSIS packages and build and deploy database objects. This article is the first SSAS article in this series to explain how we build SSAS OLAP cubes using Biml.

For BimlExpress users, if interested to learn more about processing SSAS OLAP cubes using Biml, you can refer to the following article: Biml XIII – The Biml Script for the Entire SSAS Database. It explains how to build MDX queries dynamically using Biml extended C# scripts.

This article explains how to use BimlStudio to automate building OLAP cubes. It doesn’t explain the BimlStudio graphical interface since this article series teaches Biml as a language and not the related commercial products. You can refer to the official website to learn more about BimlStudio or other products provided by Varigence. Besides, this article doesn’t explain the OLAP cube concept. It assumes that the reader has previous knowledge of the OLAP cube and the SQL Server Analysis Services (SSAS).

When I started writing this series, I was not sure if I will include how to manage SSAS cubes and tabular models using Biml. Recently, while searching for this topic, I didn’t find many helpful and clear articles. I found an article published on the Solisyon website where it lacks illustrations and many details. So I decided to write this article starting from the link mentioned to provide a more clear guide. 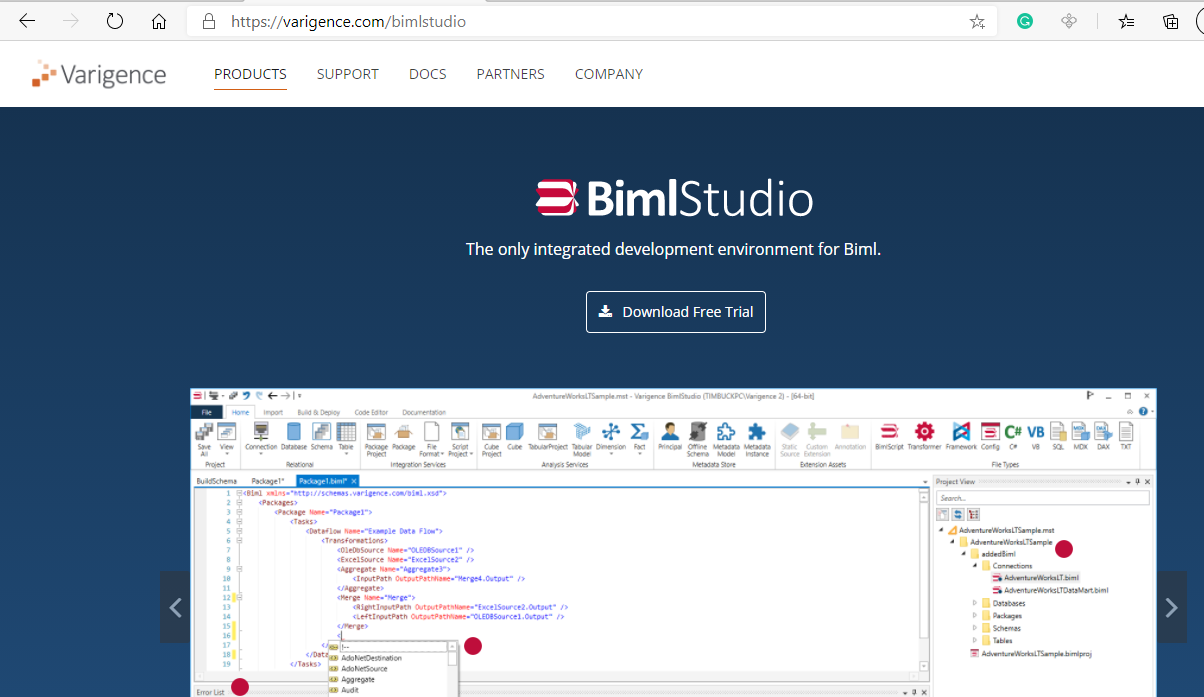 When the Bimlstudiosetup.exe file is downloaded, open it to start the installation. First of all, the end-user license agreement (EULA) is shown up. 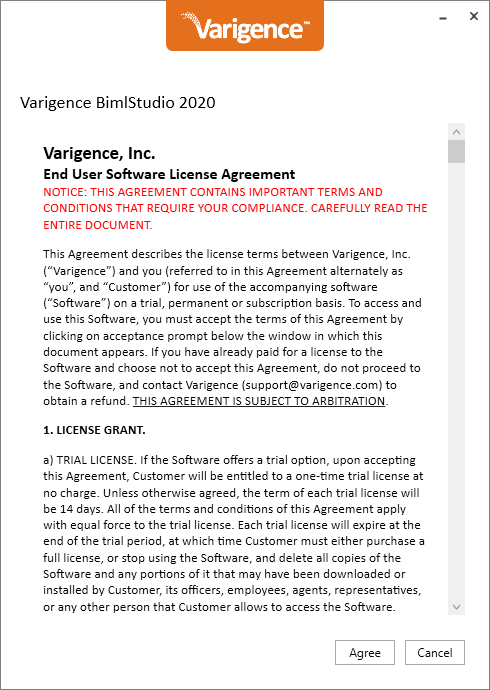 Then, the registration form is shown. Suppose you are looking for a trial product key. In that case, you can enter your name and email and click on the “Get Product Key” button, so the trial key is sent to you via email. Or you can click on “I already have a product key” if already registered. 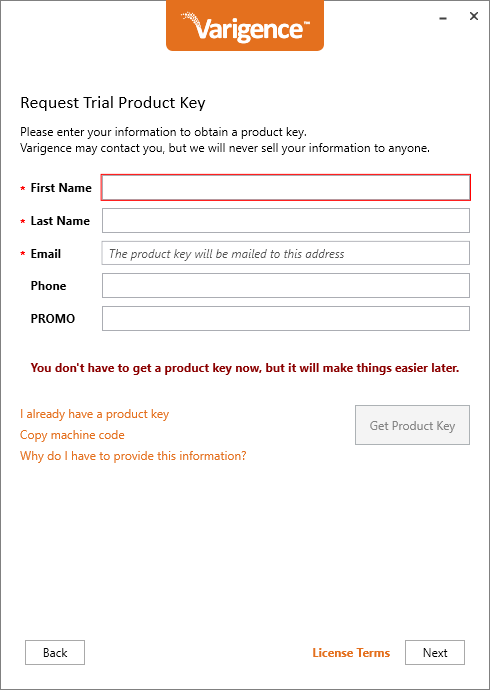 As shown in the figure below, the trial period is 13 days. 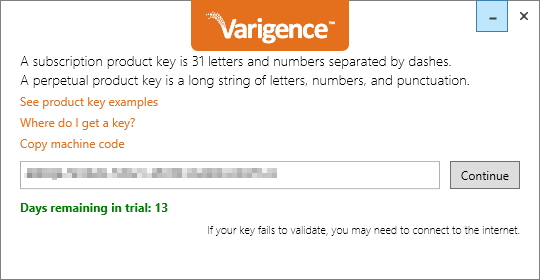 The next step is to select the features to install.

Once selected, you need to approve this product’s license terms by clicking on the Update button, which also starts the installation. 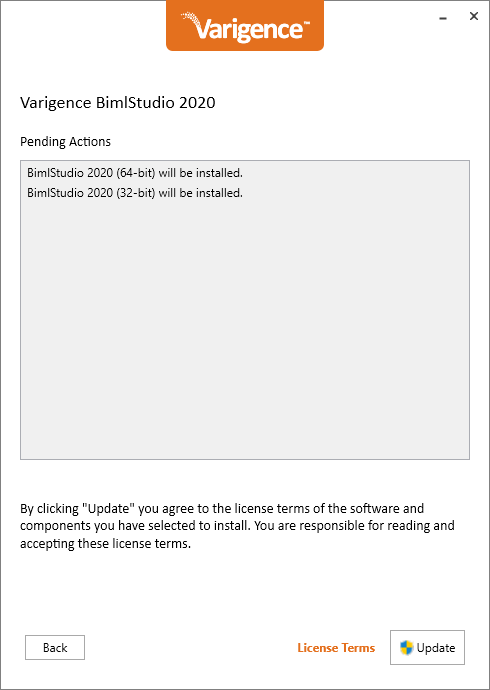 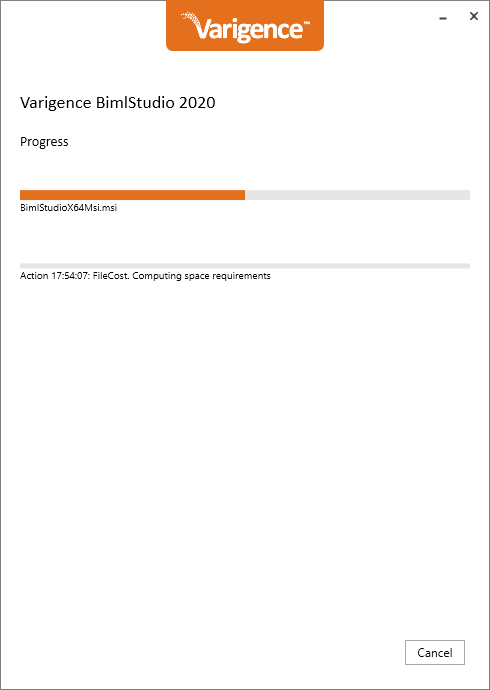 Once the installation is complete, open BimlStudio to get started.

After opening BimStudio, let’s create a new blank project by clicking on the “Empty Project” icon. 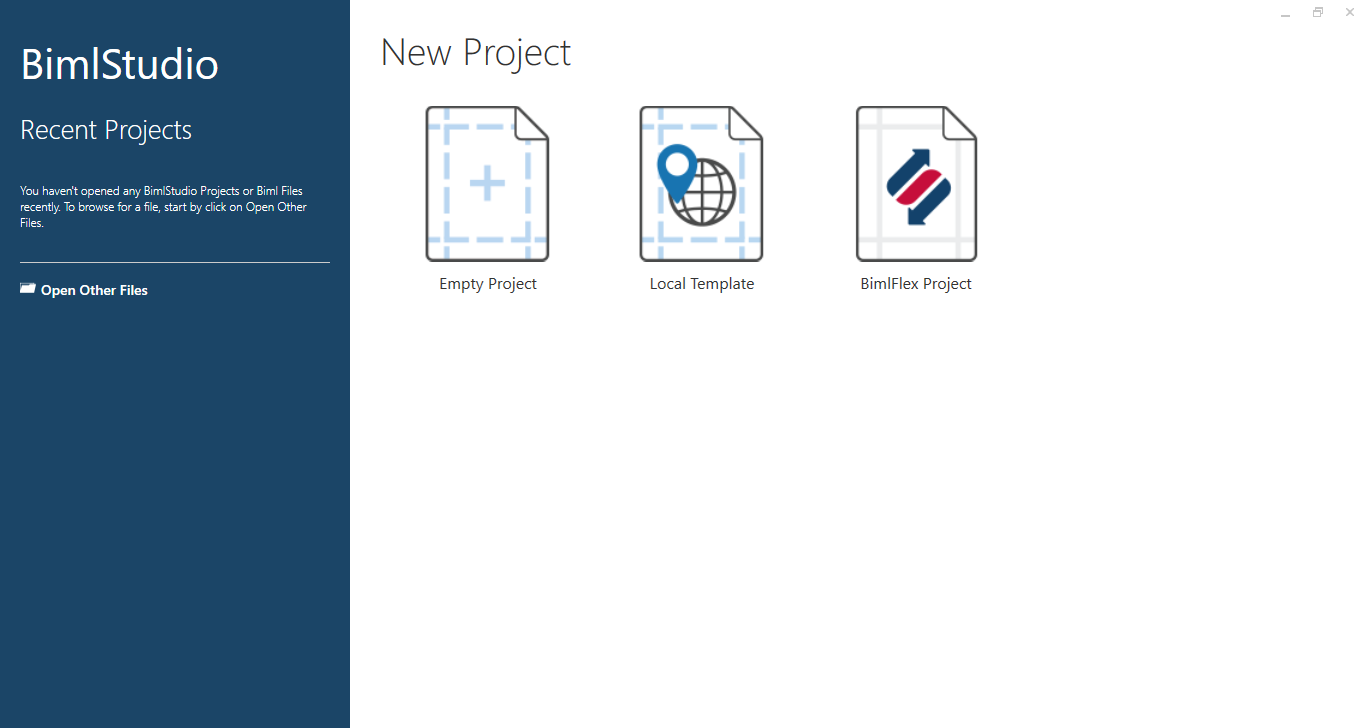 To create a new project, you should first enter a project name and the directory where the project files are saved. 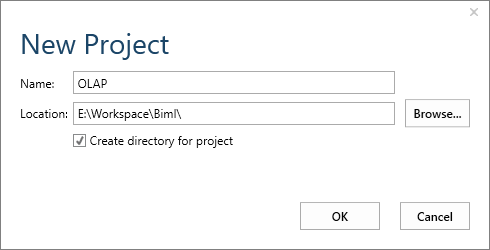 The following image shows the main BimStudio form. If you want to learn more about BimlStudio, you can refer to the official documentation. 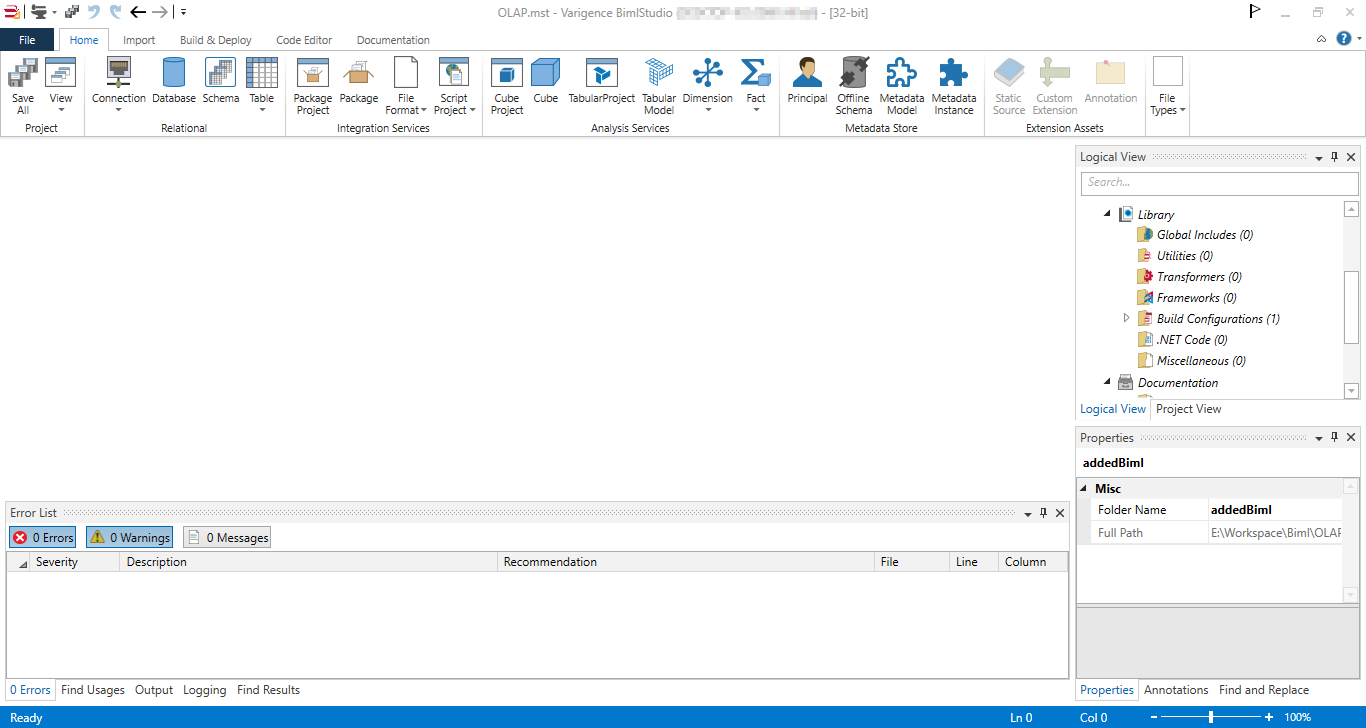 To add a Biml script, switch the solution explorer from the logical view to the project view as shown in the image below. 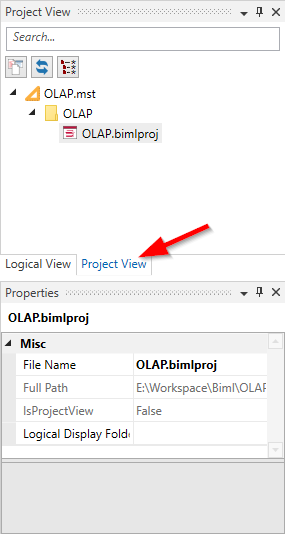 Figure 13 – Switch to the project view

Right-click on the project folder and click on “Add > New item…”. 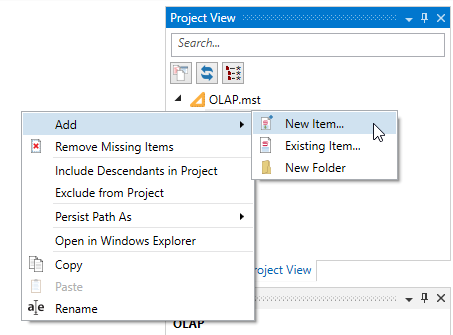 On the New Item dialog, select the “Biml File (.biml)” and click on the Add button. 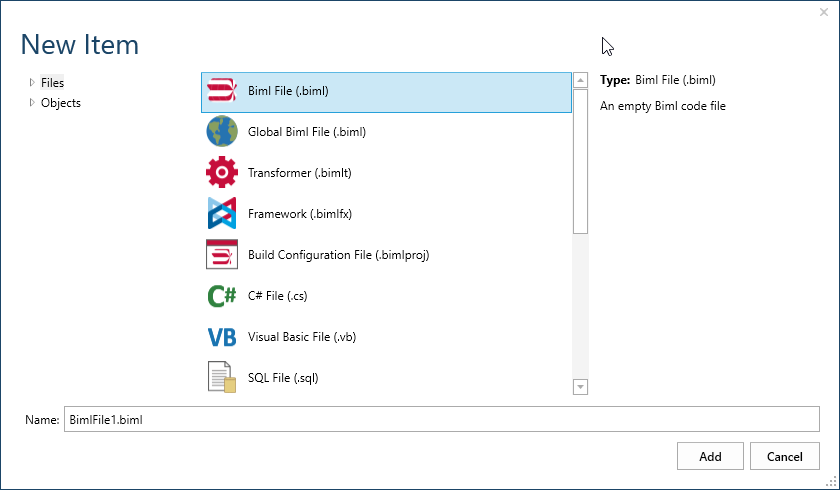 Once the Biml file is added, the Biml script editor is opened within the main form. 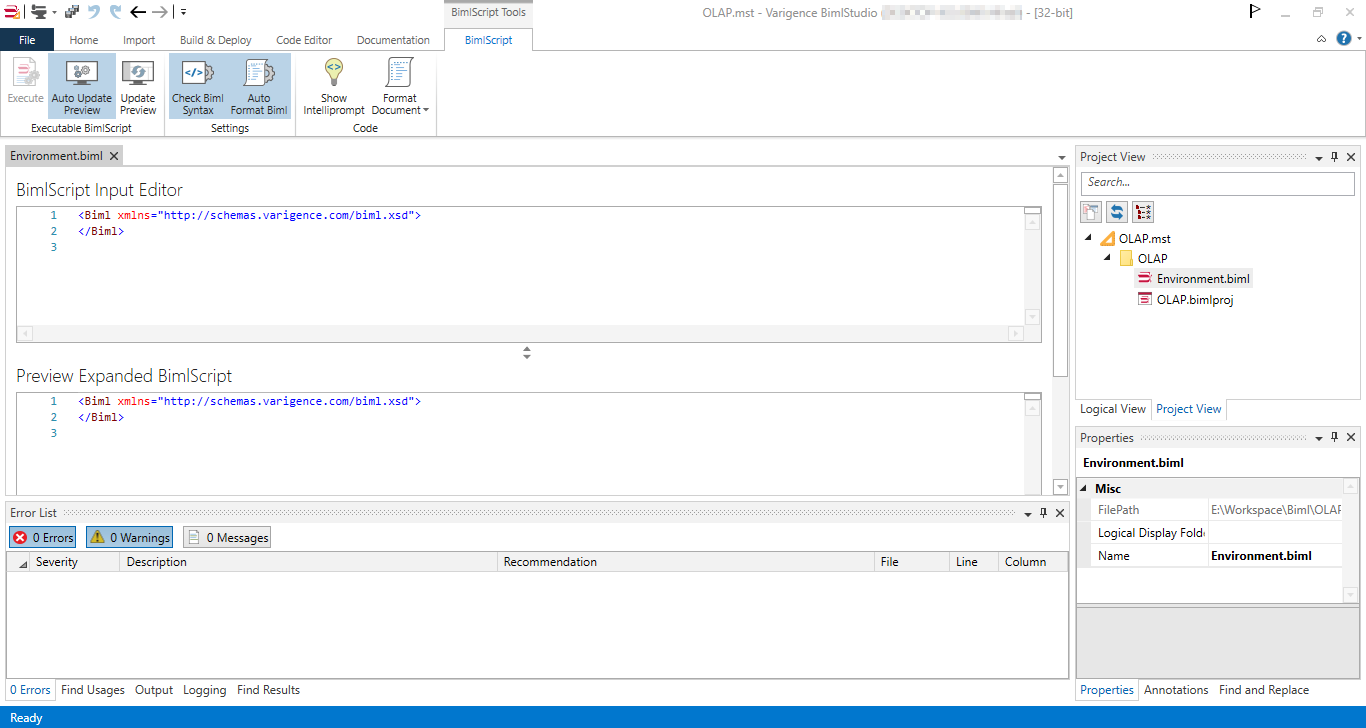 Before defining the SSAS OLAP cubes objects, we should first define the working environment.

We should add a Biml script named “Environment.biml” where we define the connections, database objects needed to build the SSAS OLAP cube.

Connections should be defined within the “Connections” Biml element. To create an SSAS OLAP cube, we must define two connections:

The last object we need to define is the schema. A schema should be linked with the database object defined previously. Schemas are defined within the “Schemas” Biml element.

Putting all parts together

Our first Biml script (Environment.biml) should look like the following:

The Biml script should contain the following information:

If you are not familiar with those properties, you can refer to the following articles published on SQL Shack:

The last file we will create is to define the SSAS OLAP cube. This Biml script contains information from all files created above. We should map each object in the cube with the object definition created previously.

After defining the SSAS OLAP cube object, our solution tree should look like the following: 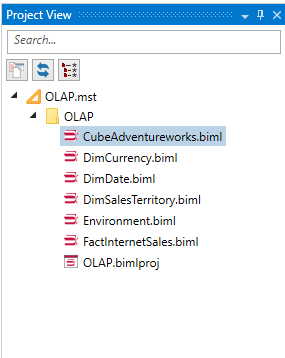 Let’s switch to the logical view to check how objects are organized in the Biml project: 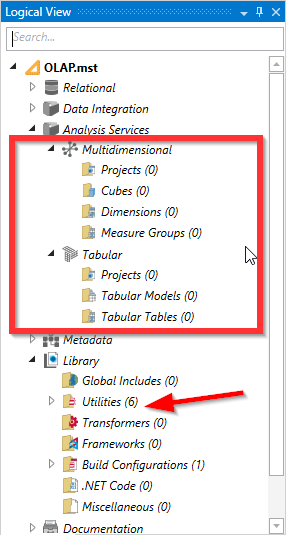 From the image above, we can see that BimlStudio doesn’t recognize the object defined within the Biml scripts, and all scripts are organized within the “Utilities” folder.

This means that the Biml scripts added are used as a reference, and they must be switched to the live mode. To do so, switch back to the project view, select all Biml scripts, right-click, click on “BimlStudio action > Live”. 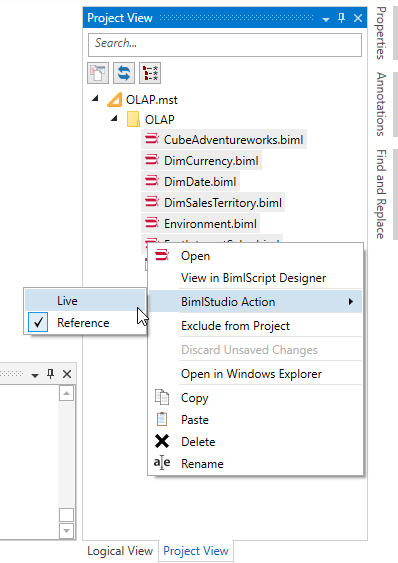 You will note that a blue circle will appear over the selected scripts. 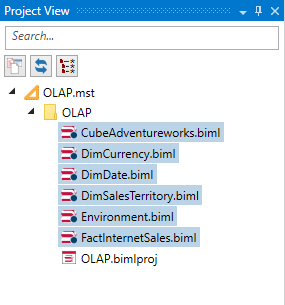 If we switch to the logical view, we can see that the BimlStudio recognized all objects defined within the scripts added, and the “Utilities” folder is empty. 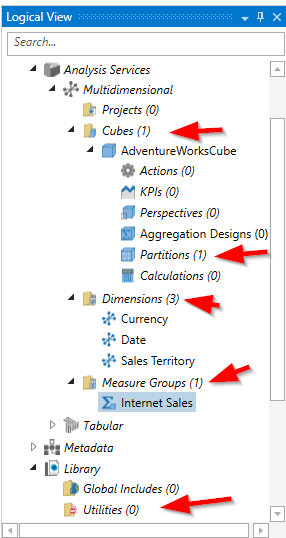 To build the project, first, we should precompile the scripts to check that they don’t contain errors. In the top menu, go to the “Build and Deploy” menu and click on “Precompile BimlScripts”.

If no errors are found, click on the “Build” button to generate the SSAS OLAP cube objects and needed DDL SQL Statements.

Now, if we go to the project output directory, two folders were created: 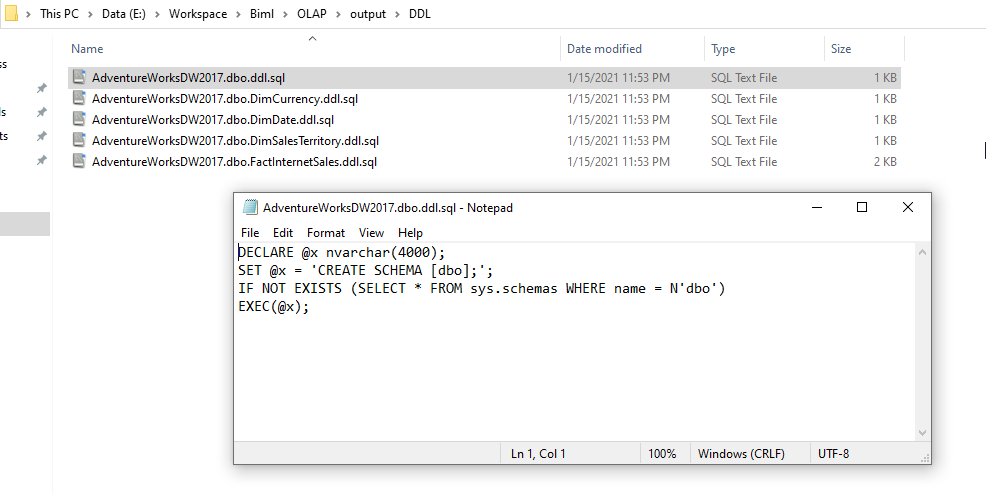 To learn more on attaching the SSAS database, you can refer to the following official documentation: Attach and Detach Analysis Services Databases | Microsoft Docs.

This article explained how to install BimlStudio and how to use it to create an SSAS OLAP cube and the related database object in the data source. Using Visual Studio to create and deploy an SSAS database is more comfortable. As mentioned in the previous article in this series, Biml is more potent in automation, noting that there is another way to automate building SSAS database using C# and AMO libraries.

If you are interested in this topic, but you find that writing Biml script is hard, you can add the SSAS objects using the BimlStudio interface and check the Biml code generated.