In the previous article, Converting SSIS packages to Biml scripts, we explained how to convert existing SSIS packages into Biml scripts using Import Packages tool and we mentioned that this could be an efficient way to learn this markup language since it lets the user compare between the well-known SSIS objects found in the package and the correspondent elements in the generated scripts.

In this article, we will explain how to generate SSIS packages using business intelligence markup language by providing a step-by-step guide where we will illustrate how to configure each object and how to use variables, expressions and parameters within the package.

We will build an SSIS package that read a directory path from parameter, create a destination SQL table, loop over flat files (*.csv) within the directory and import them to the created table after adding two derived columns; one contains username (value stored within SSIS variable) and the other contains the current date and time. To do that, we have to add the following objects:

In our previous article, we have noted that there are three parts within the script:

In this section, we will explain how to add a Biml script to the solution, then we will build each part then we will generate an SSIS package from the whole script.

To add a new script to the solution, in the menu strip go to “Extensions” > “BimlExpress” > “Add New Biml File” as shown in the image below: 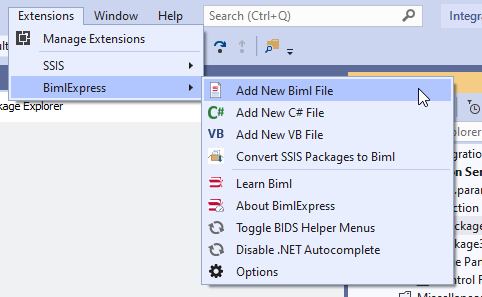 Figure 1 – Add a new script to the solution

A new script will be added within the Miscellaneous folder. Open the script and you will find the main XML element:

This part is used to define the flat-file metadata to be used within the Flat File connection manager. Within this part, we have to define the flat file structure within a FlatFileFormat element where we have to specify different attributes such as Name, CodePage, TextQualifier, RowDelimiter and ColumnNamesInFirstRow. Then for each column, we have to add a Column element as shown below:

All connection managers must be defined within the connections element. In this example, we need to add two elements within “Connections”:

As you noted, we didn’t set the flat file ConnectionString expression in this part since it will be defined within the package part.

This is the main part where we have to define each package with every included object. First, we have to add a package element that contains the name and other attributes.

Within the package element, we have to define variables, tasks, parameters and connections configuration (expressions) as the following:

In this element, each variable must be defined using the “Variable” element as the following:

In this element, each variable must be defined using “Parameter” element as the following:

Within this element, we have to add a Connection element where ConnectionName attribute is used to specify the related connection manager, then we can set the expressions within this element by adding an “Expression” element to define the ConnectionString expression (read the flat file path from “@[User::SourceFlatFile] variable) as the following:

The “Tasks” element is used to define tasks within the main control flow or containers (For Loop, Foreach Loop, Sequence containers).

First, we have to define the Execute SQL task that create the destination table:

Next, we should define the Foreach Loop container, set the enumerator type to “File enumerator”, and to evaluate the DirectoryPath property as expression (read from SourceDirectory parameter), also we have to map the enumerator output to SourceFlatFile variable.

Finally, we should add another <Tasks></Tasks> element to define all tasks within the container. In this example we should add a DataFlow element where we add a FlatFileSource, DerivedColumns and OledbDestination as following:

The final script should look like the following. We will not cover discussing each attribute and properties in the script element since their names and values are identical to those found within the SSIS editor.

In order to generate an SSIS package, in the solution explorer tab, Right-Click on the Biml Script file and click on “Generate SSIS packages”: 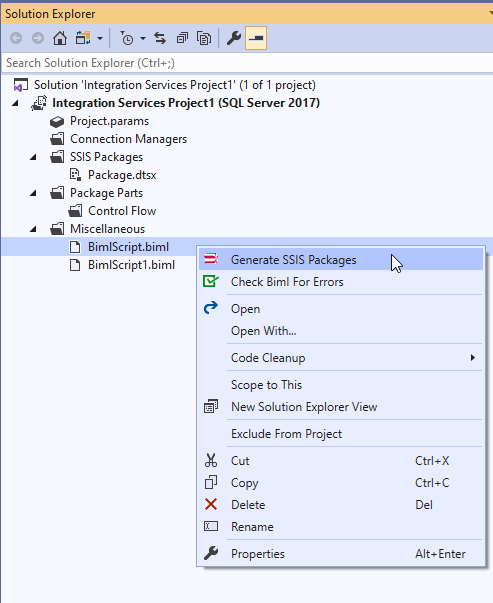 A new package will be added to the solution. The following screenshots are for the package control flow, and data flow task where all defined objects are added. 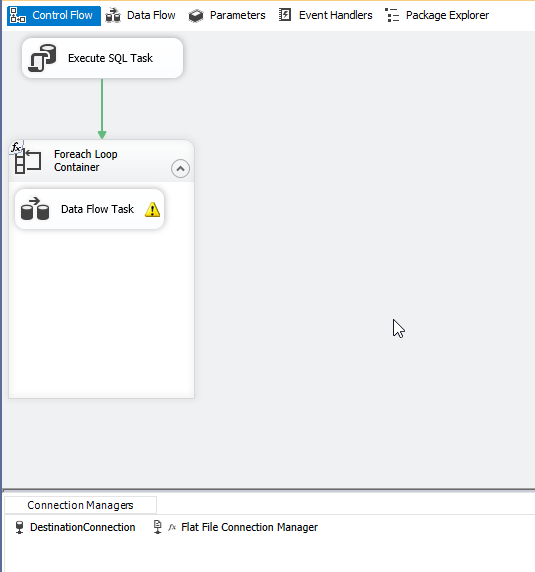 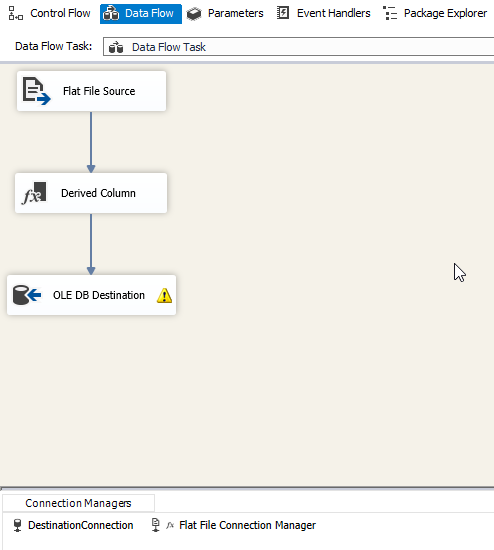 In this article, we provided a step-by-step guide to create an SSIS package from a Biml script. We explained how to add some of the most used SSIS tasks such as Execute SQL Task, Foreach Loop Container, and Data Flow Task. In addition, we defined variables and parameters and evaluated some of the tasks and components properties as expressions.

He has been working with SQL Server for more than 10 years. Also, he's one of the top ETL and SQL Server Integration Services contributors at Stackoverflow.com