To follow along nicely, I would recommend going through the below articles:

You should also use the latest version of Azure Data Studio.

Download the installer per the platform: Windows, macOS or Linux.

HTML is a popular programming language. We use tags in HTML for defining text into various formats. For example, for a H1 heading, we use <h1>Title</h1> tags. 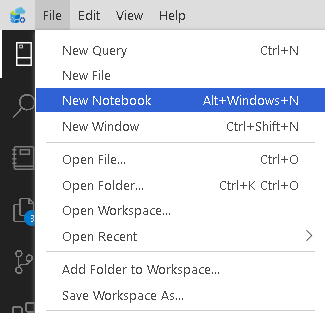 It opens a blank notebook, as shown below.

Click on +Text and it opens a text block for you.

The first step for a document is heading. We also require heading for different sections in the article. We want a different size for the headings and subheadings.

We use hash sign (#) preceding with the text and the number of # defines the heading font level. It supports up to six levels of headings.

You can view difference in these heading font size in the following image. 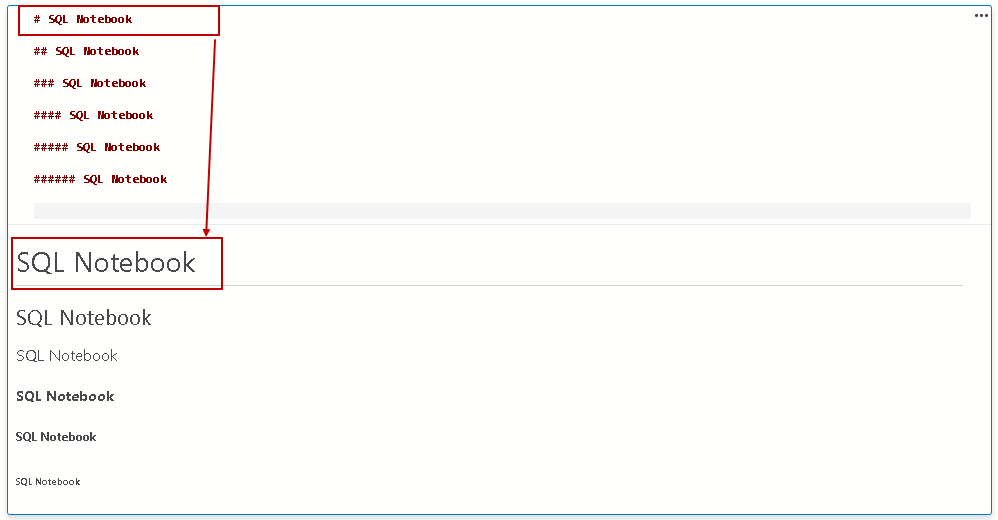 We can also use the following markdown code for first and second-level headings.

We can enclose the text in double star( **), and it highlights text in bold format.

Enclose the text in single star(*) and it changes the format for text in italic.

Create bullet lists in the notebook

You might be familiar with creating bullet lists in Microsoft Word document. We can create similar lists using markdown language.

Use prefix * followed by a space for the unordered lists. We can also create a nested list using this prefix. 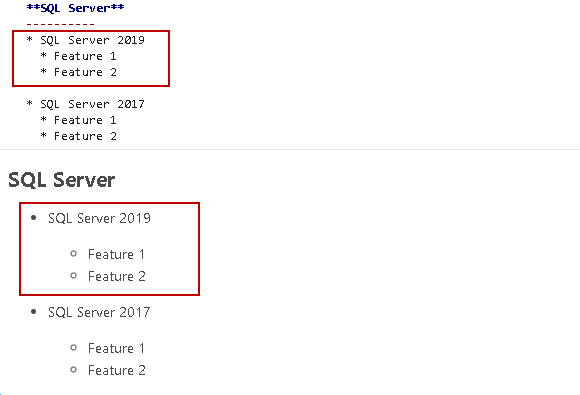 In the above image, feature 1 and feature 2 are at the same level. Due to this, in markdown, we get a similar bullet for both.

We can create a further nested list by changing the position of the text, as shown below. 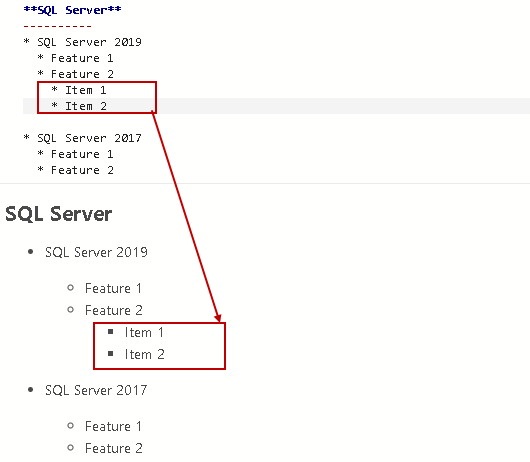 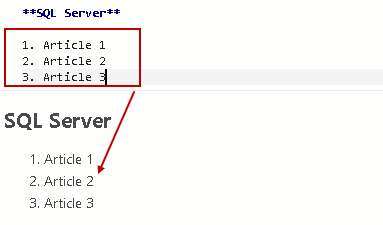 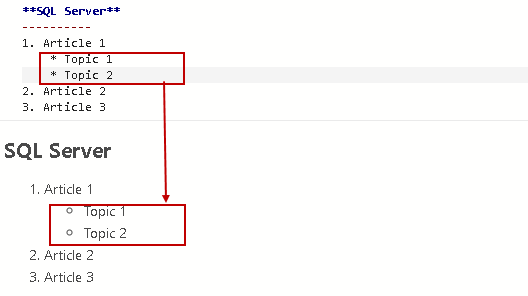 We can add a word as a code format by enclosing it in backticks (`).

We can add a greater than(>) symbol in beginning of a paragraph, and it turns into a blockquote element.

To add multiple lines in the same blockquote, add > in each line.

Sometimes, we include hyperlinks in a document as well so that users can click on the hyperlink and go to the reference website.

We can create both inline and reference style links using the markdown language.

Inline hyperlinks are similar to a word document hyperlink. We specify it in the following format.

We can also create a referenced style links in markdown language. Suppose we want to use the same URL hyperlink in multiple places like reference articles from Microsoft Word. We can either create an inline hyperlink each time or use a reference style hyperlink.

In the following example, we specify [Link 1] text multiple time and later referenced that text for the URL. It saves efforts for us to specify inline hyperlink and users can also know that all these references are from a single URL. You can see these reference style hyperlink on a website like Wikipedia.

We can reference an image using an exclamation mark (!) symbol and add an alt-text in the square brackets along with the image URL. In the following example, we can see the Wikipedia logo in SQL Notebook using markdown language.

We can also create a reference style image reference in the markdown similar to the reference URL. For this, we can use the below format.

Specify email in the text

We can enclose email address in <> symbol so that it appears as a hyperlink in the output.

As I explained earlier, we use * for an unordered list. Suppose we want to print this character as well in the output. In this case, add a backslash to skip the behavior of * in markdown language.

Add Tables in a notebook

Markdown does not specify code for tables, but still, we can create them.

Here is the markup code for an employee table with three columns- EmployeeName, Location and designation.

Add Videos in the notebook

We do not have a direct method to add a video link in the markdown language. But, there is always a workaround.

Follow the below steps to add a video reference in SQL notebook.

For this demonstration, I am using the YouTube video link and using an image for thumbnail purposes.

It renders an image, as shown below. 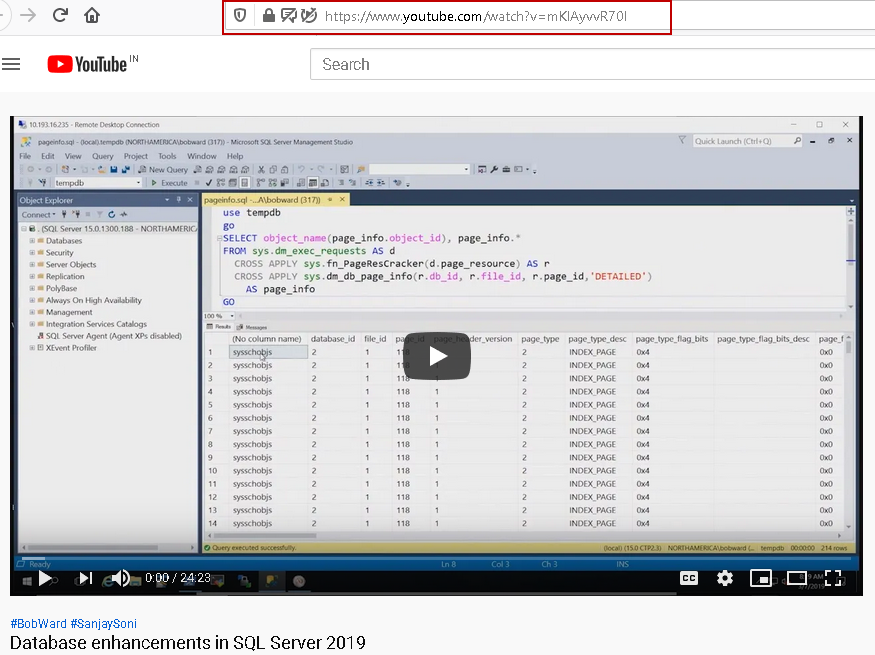 In this article, we explored markdown language to do formatting in a SQL Notebook of Azure Data Studio. I have covered most of the formatting options, and you can combine those for preparing a handbook with better visualization and useful pieces of information.