It is common assumption that an Index Seek operation in a query plan is optimal when returning a low number of output rows. In a scenario involving residual predicates, an Index Seek operation could be reading a lot more rows than it needs into the memory, then each row is evaluated and discarded in memory based on the residual predicate and returns low number of output rows.

This article will explain the concept and the impact of Residual Predicates in a SQL Server Index Seek operation.

To understand the behaviour of residual predicate in SQL Server, we will walk-through two scenarios

This scenario will walkthrough a common index seek predicate operation. First, we will create a non-clustered index on [Fact].[Order] table as below

A total of 2,585 rows returned and the logical reads incurred are 22 reads.

The XML attribute will not appear your query plan if the service pack level is lower than the list above or on a SQL Server version lower than SQL Server 2012.

In this scenario where there is no residual predicate, the Index Seek operator properties shows that SQL Server reads and outputs the same number of rows. It means that SQL Server only reads the rows that it requires and spool the rows to the next operator. 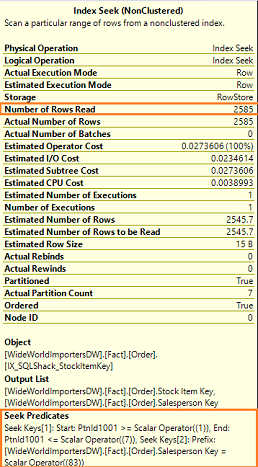 The first scenario is an Index Seek with Seek Predicates. We will now modify the query slightly and introduce a second predicate on column [Stock Item Key] into the query. Since this column is an included column in the index definition IX_SQLShack_StockItemKey, SQL Server would still be able to perform an index seek on the same non-clustered index.

The query plan looks the same as before and the logical reads incurred are still 22 reads. The query returns 13 rows, but the statistics I/O reads is same as if 2,585 rows were read. 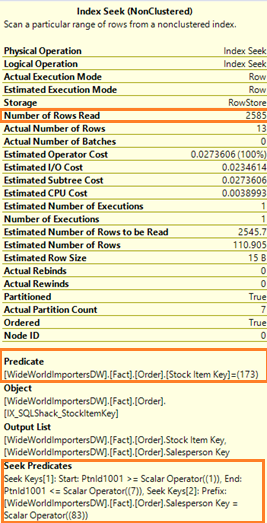 We will use the trace flag as a query option as below. 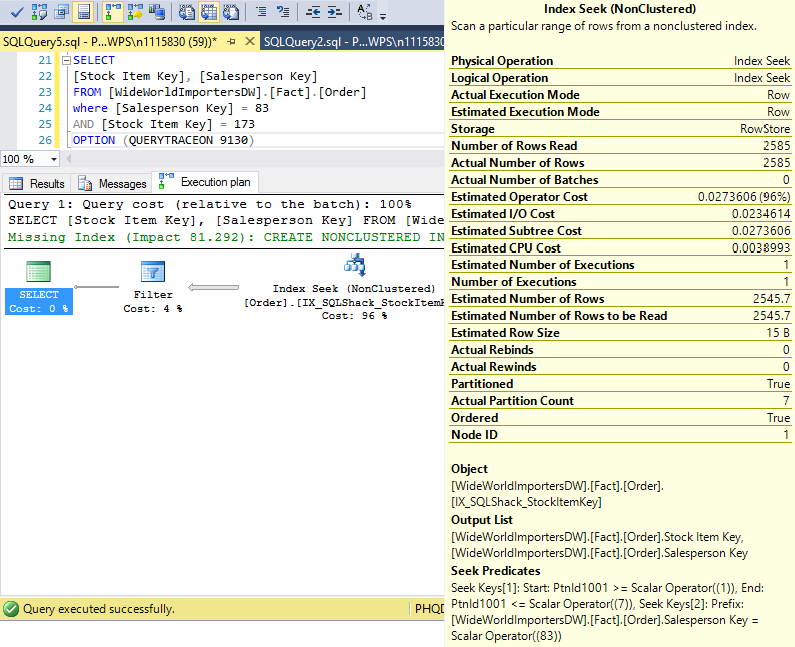 What the trace flag shows us is that SQL Server first reads all the 2,585 rows into memory, then evaluate each row and discard rows which do not satisfy the condition in the Filter operator based on the second predicate. This explains why the same I/O reads were incurred by both queries in the two scenarios.

Performance Impact due to Residual Predicate

We now move on to an example to compare the query performance of an Index Seek with and without residual.

We will use the query below as an example. One of the reasons to use query hint LOOP JOIN is the ease in demonstrating a scenario where residual predicate can really hurt query performance. 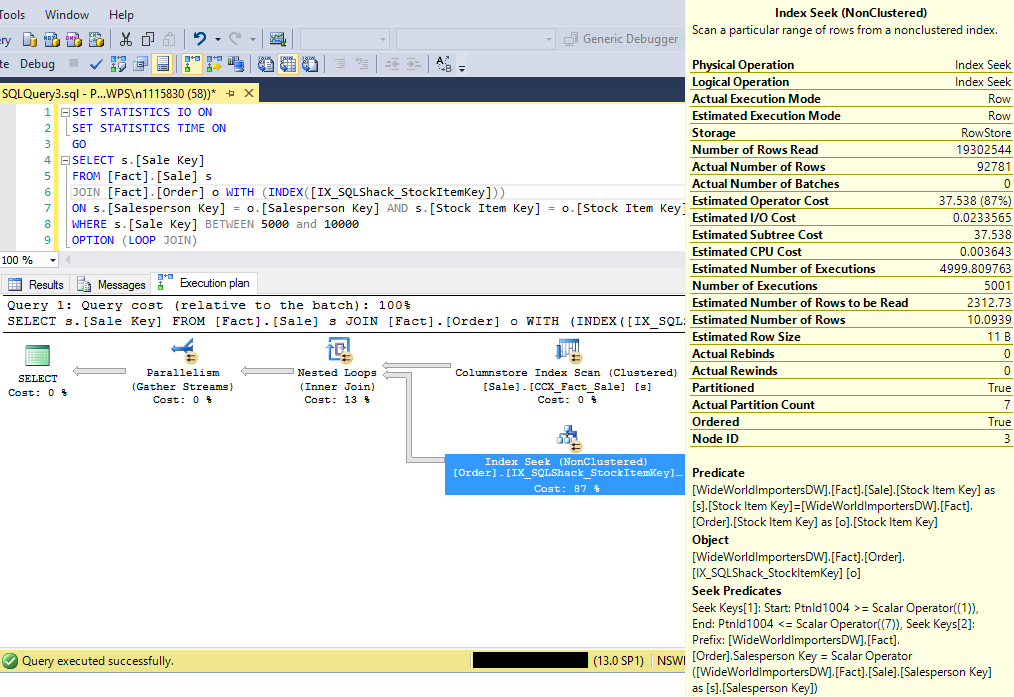 We will now create another index definition and forces the query to use this index instead. 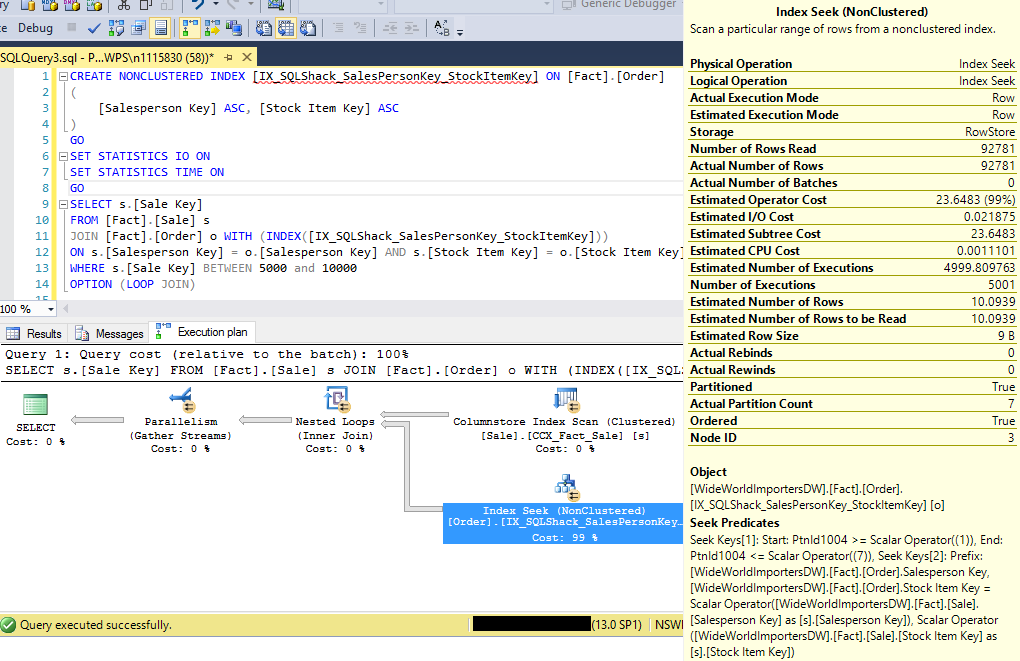 This query incurred 40,332 logical reads on [Fact].[Order] table and took less than half second to complete execution. This query is 6 times faster without residual. In this scenario, SQL Server pushes the filter down to the table access operator itself and only read exactly 98,781 rows that it needs.

Predicate pushdown is important because you would want SQL Server to filter the results as early as possible in the query plan. The more rows that SQL Server operator has to access, the longer the operation will take.

A Residual predicate scenario can occur in many forms and scenarios other than the examples in this article. Understanding the behaviour of residual predicates will allow better analysis in relation to performance tuning and troubleshooting.

Simon has over 15+ years of database design, implementation, administration and development in SQL Server. He is a Microsoft Certified Master for SQL Server 2008 and holds a Master’s Degree in Distributed Computing. Achieving Microsoft masters-level certifications validate the deepest level of product expertise, as well as the ability to design and build the most innovative solutions for complex on-premises, off-premises, and hybrid enterprise environments using Microsoft technologies.

View all posts by Simon Liew