As developers of SQL Server Integrations Services (SSIS) solutions, we have more than likely configured Flat File Connections as sources in our Data Flow Tasks. Whilst any unforeseen changes to the structure and formatting of flat files will invariably cause SSIS packages to fail, as developers we can still do a lot in reducing unnecessary SSIS package failures relating to data coming out of flat files. In this article, we offer recommended development practices to some flat file source errors that occur as a result of poor SSIS development practices.

This typically happens when a hardcoded flat file connection specified at design time is not found by SSIS during package execution. For instance, in the package shown in Figure 1, I have configured my Data Flow Task to extract a list of nominated players for the 2016 FIFA Ballon D’Or. 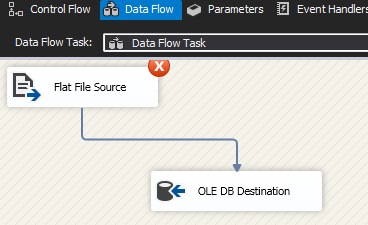 A summary of the error messages returned in Figure 2 is shown in Figure 3. 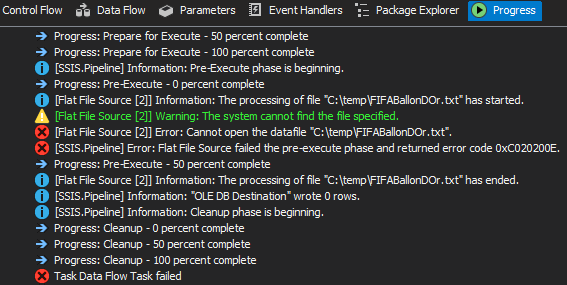 Although for the purposes of simulating this type of an error, I deliberately moved the flat file into another location, the fact is there are plenty of reasons for a flat file not to be found in a specified path (i.e. specified drive becomes corrupt, account access to flat file is revoked etc.). Thus, as developers we must prepare for such errors and one best way to avoid such an error is to use a ForEach Loop Container. The ForEach Loop Container can iterate through flat files and execute the Data Flow Task only when files are found. Figure 4 shows our updated test package using the ForEach Loop Container – as it can be seen, the Data Flow Task is not executed as the flat file was not found. 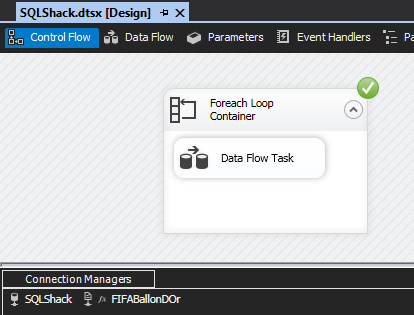 However, having later edited the FIFABallonDOr file shown in Figure 5 to include another fictitious nominee in line 5, the package execution fails at Flat File Source component shown in Figure 6. 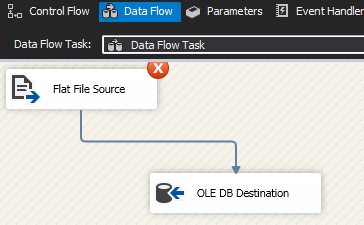 The reason for this failure is due to possible data truncation errors within the Nominee column as shown in Figure 7.

The second cause of the Data conversion failed error is that even though you may have adjusted the length of the Nominee column to accommodate my fictitious entry, if you don’t refresh the metadata of the Data Flow Task’s Flat File Source component the package will fail because of the synchronisation warning (outdated column metadata) shown in Figure 8.

Furthermore, there is no perfect solution to handling the error shown in Figure 7 – one possible solution is to configure an error output by adding another Destination component that will store redirected error rows from source as shown in Figure 10.

You would then have to configure the Error Output setting in Flat File Source Editor to Redirect row as shown in Figure 11.

After executing the package again, the fictitious row data should be redirected to the error table as shown in Figure 12.

You can double-check this by querying the error table which should return the offending record as shown in Figure 13.

The only problem with this workaround is that there could still be a possibility that the offending record is also longer than the length of the corresponding field in the error table, in which case the redirecting of error rows would still fail due to Data conversion failed error.

Flat File Source Error #3: The process cannot access the file because it is being used by another process

Another common error relating to working with flat files in SSIS is that you could be processing a file that is still being used by another process. This typically happens when you attempt to process a flat file that is either open or currently being written into by another process. When such a scenario occurs, your SSIS package will throw an exception similar to the message shown in Figure 14. 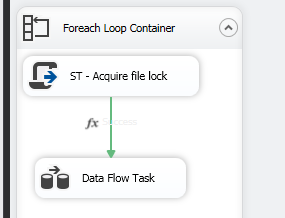 The definition of the Script Task’s Main() method is shown Script 1. The script basically set package variable islocked to either true (indicating that flat file is available for use) or false.

Package variable islocked is then used to evaluate the Expression of the Precedence Constraint that joins the Script Task and the Data Flow Task as shown in Figure 16. 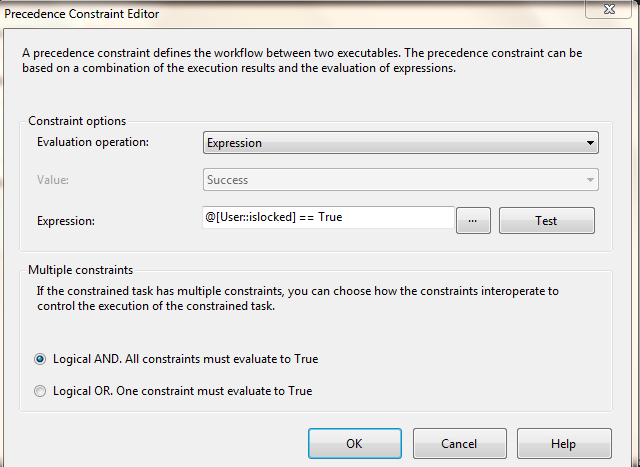 The flat file is one of the commonly configured sources of data. However, you may find yourself frequently having to troubleshoot a failing package as a result of poorly designed SSIS package. Fortunately, this article has provided solutions that could be used eliminate some of the errors relating to flat files.