This article mentions some of the top free T-SQL training videos available on the internet. 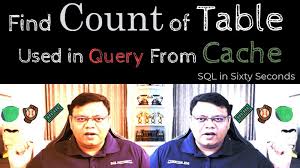 SQL in sixty seconds videos are published on the Pinal Dave youtube channel, where a new video is released periodically.

This tutorial is a two-hour T-SQL training video released on Youtube by one of the leading training companies name “Eudreka!”. It is a beginner guide for SQL Server and relational databases that explain the concept of database management systems and relational databases. Then it explains several SQL Server topics such as the installation, architecture, data types, writing data definition and data manipulation statements, and some advanced querying skills.

This tutorial is a three-hour T-SQL training video released on Youtube by a Microsoft partner training company called “Intellipaat”. It is a beginner guide for SQL Server focused on writing data definition and data manipulation queries using T-SQL. Besides, it explains some advanced database administration tasks such as performing the backup, restore, and performance monitoring operations.

This tutorial is a series of 150 T-SQL training videos published on Youtube by a training company called PragimTech. This series is a complete guide for beginners that starts from the basics and covers topics like joins, views, triggers, system functions, stored procedures, user-defined scalar, and table-valued functions. It also covers some advanced topics such as the query plan cache, parameterized queries, dynamic SQL.

This tutorial is a free course published on Udemy. It is a brief introduction to SQL Server that explains only the basics of T-SQL statements and mentions some more advanced operations such as importing data from Excel files and creating views and procedures.

This is one of the most informative free T-SQL training videos published on Udemy. It covers T-SQL programming basics such as the SQL operators, performing joins, and some of the data manipulation functions.

These T-SQL training videos are a continuation of the previous course. This course lets you deep-dive into the T-SQL querying language since it covers some advanced T-SQL querying concepts such as view, triggers, computed columns, stored procedures, error handling, aggregation, XML data types.

This is a free course published on Udemy by a senior Microsoft SQL Server database administrator called Sandeep Kumar. The course is being composed of six sections. Sandeep starts by explaining the SQL Server Installation. Then, he illustrates the different SQL operators followed by the sort and group by operations. Then, joins and CRUD operations are explained.

How to think like the SQL Server engine – Brent Ozar Unlimited

Figure 3 – How to think like the SQL Server Engine video

This is a one-hour video delivered by the Microsoft certified master Brent Ozar. This video should be the starting point of each data developer or database administration to learn how they should design indexes and tune queries. This video explains how the SQL Server engine looks at indexes and builds the query results.

The above was a quick list of free T-SQL training videos. For sure, there are many more training videos available on the internet to learn T-SQL, besides many more hands-on tutorials. If you know other valuable resources, feel free to share them with us in the comments.