In the previous parts of this series, we explained what SQL Server query execution plans were, why they should be used, and presented various methods to show them. In this part, we will explain the symbols used, how to read the plans, and how to use these plans in performance analysis and troubleshooting

Statement and query execution in a graphical query execution plan is shown by icons. Each icon has a specific color and represents a specific action. As shown in Viewing the plans, query execution plans can also be shown as XML. Graphical presentation provides quick understanding of the basic plan characteristics and structure, therefore is useful for performance analysis. It also provides enough information for deeper analysis

If there is any kind of warning, it will be indicated by the yellow triangle on the icon. The warning text is shown in the operator tooltip 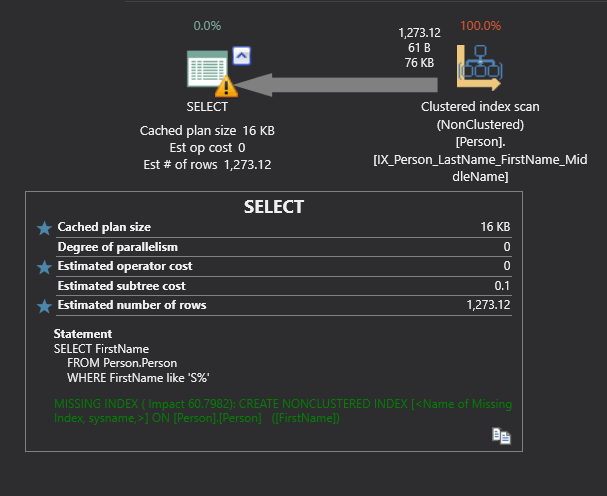 Most commonly used operators and their graphical execution plan icons

Based on the statement type, query execution plan trees have different structure

Data manipulation language (DML) statements SELECT, INSERT, DELETE, and UPDATE are also presented as tree roots. The first child represents the execution plan for the statement. If the statement fires a trigger, it’s represented as the second child

The conditional statements, such as IF…THEN…ELSE are presented with 3 children. WHILE and DO-UNTIL statements are represented similarly

Relational operators, such as table scans, aggregations, and joins are presented in the tree as nodes 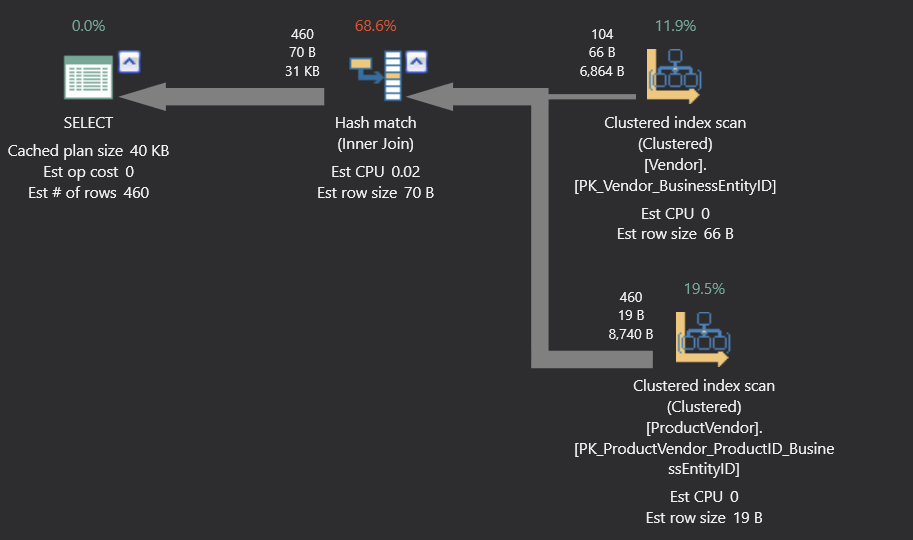 As shown in the examples above, the icon color is different – icons for language elements (SELECT, Condition with query, Delete, etc.) are green, logical and physical operator icons are blue, and cursor icons are yellow

Besides the information presented by the icons and nodes, SQL Server query execution plans provide much more details in the icon tooltips. To see the tooltip place the mouse over the icon in the execution plan and include or exclude the desired property by clicking the star.

The information available in a tooltip is:

Estimated operator cost – the cost of the operation, presented as a percentage of total batch cost

Estimated I/O cost, Estimated CPU cost – Query analyzer creates several execution plans, calculates the cost of each (how much I/O and processor resources are needed to complete the operation), and determines the most efficient one

Estimated row size – the number of rows that is believed to be affected by the operation, useful for determining how much memory is needed

Actual and Estimated number of rows – even if there is significant discrepancy between these two values, it doesn’t indicate a problem. It’s usually caused by out of date statistics

Actual and Estimated execution mode – row or batch, shows whether the rows are processed one at a time, or in batches