One of the main responsibilities of a database administrator is query tuning and troubleshooting query performance. In this context, SQL Server offers several tools to assist. But among them, query execution plans are essential for query optimization because they include all of the vital information about the query execution process. At the same time as it provides this valuable information “under the hood”, SQL Server creates a graphical description of the execution plan.

Binding (Algebrizer): We can describe this process, simply, as the step which checks the objects, tables or columns existing in the database. Binding (Algebrizer) creates a query processor tree and this tree will be used as input for the query optimizer.

Execution: The query is executed by the Execution Engine according to the execution plan which is decided by the query optimizer. Finally, the result of the query is returned. 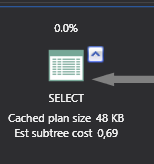 A query or stored procedure which consists of at least one select statement is where we can see select operators. Note that it is considered a best practices of reading execution plan, you should read execution plan right to left.

But, in some cases, before starting to analyze the execution plan you can quickly look over select operator properties, because can provide us with basic information of the query.

Now, we will discuss the main properties of the select operator. 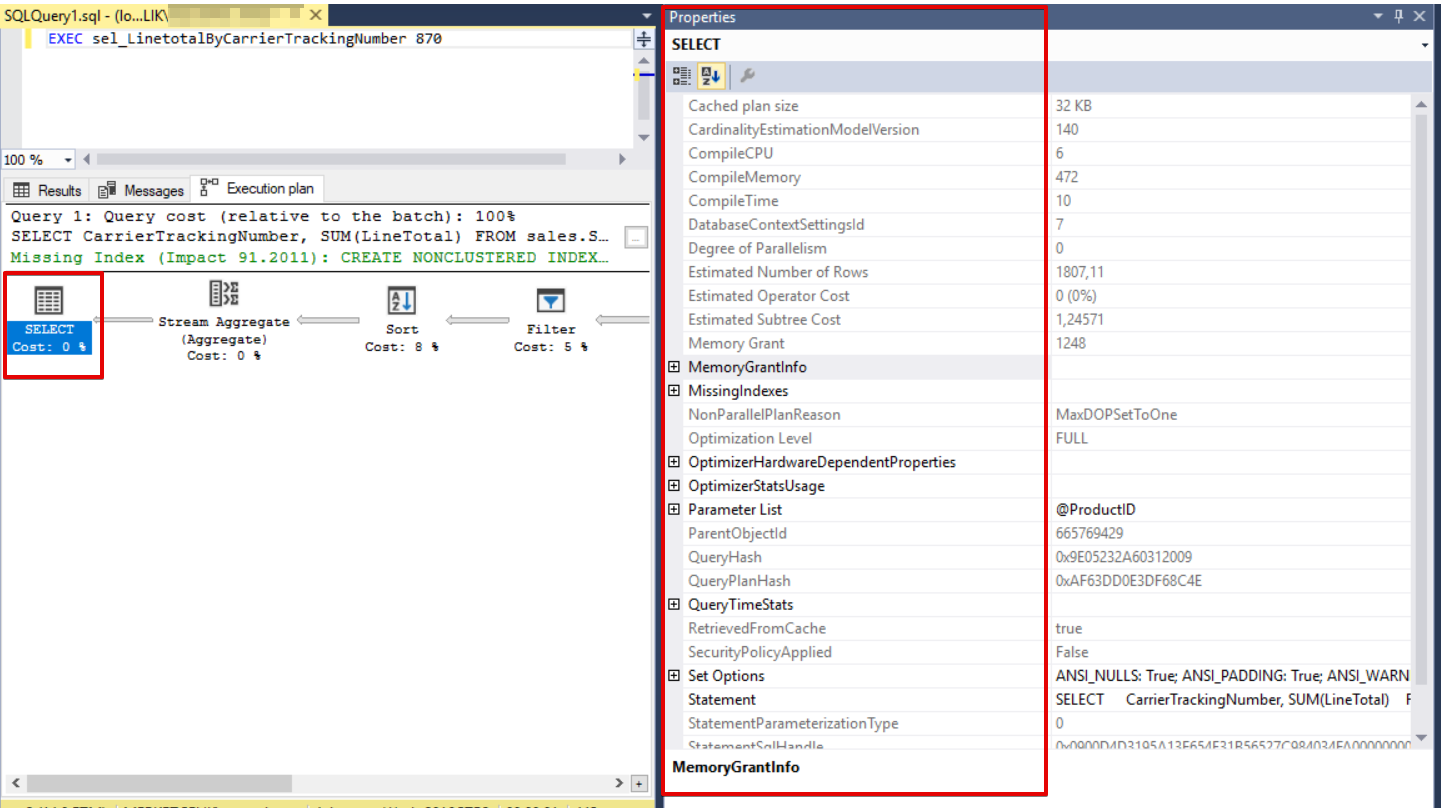 Cached Plan Size: This value defines how much memory is consumed by the executed query in the plan cache. 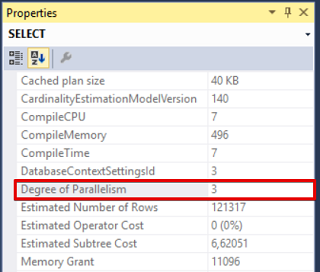 In this section, I want to add a notice about threshold cost for parallelism setting. If your query execution plan cost does not cross the value, the query optimizer does not decide to use parallel execution plans.

The general approach about what to set cost threshold for parallelism value is between 15 and 50. But this value can change according to your system workload. Before the change, this value you have to test your SQL Server environment.

Estimated Number of Rows: This value identifies the prediction of how many rows will be returned in the select operator. As mentioned, the Cardinality Estimation Model and statistics play a significant role in this prediction accuracy.

Estimated Operator Cost: This metric identifies the percentage value of select operator as part of the total execution plan.

Memory Grant Info: This value identifies a buffer memory which is used to store temporary rows while sorting, grouping and joining rows.

Optimization Level: This metric returns information about what the SQL Optimizer did during the query optimization process. In this metric can return TRIVIAL or FULL.

FULL means the SQL Server Query Optimizer completes the query optimization cycle. But in this case, we have to observe the Reason for Early Termination of Statement Optimization property. Because this property gives us some idea about the result of the optimization process.