How to implement pagination

We can implement pagination by using the LIMIT clause in the SELECT query. Following is the syntax:

In syntax, the first argument is the LIMIT clause. This LIMIT clause is used to restrict the number of rows to be returned by the SQL Query. It is like the TOP clause in SQL Server.

For example, I want to return the top 20 actors. The output must be sorted based on the actor_id column, and the order must be ascending. Following is the query:

Below is the output of the query: 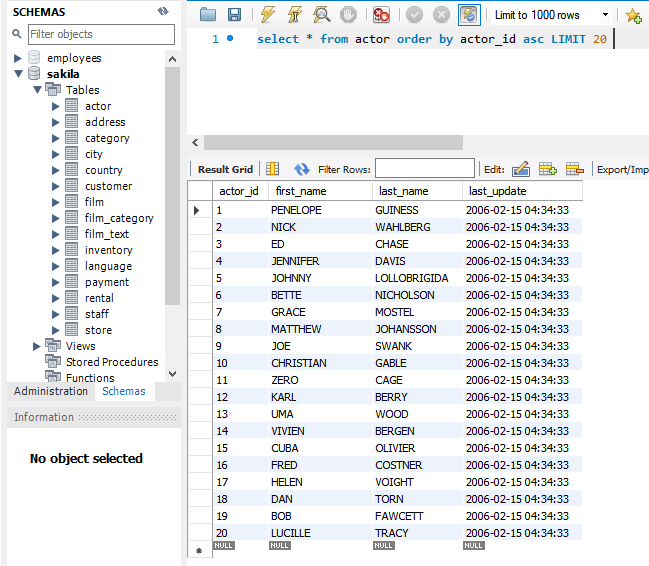 If you notice the syntax again, the second argument is OFFSET. It is used to view a specific number of rows; for example, in a query output, you want to see the records between 10 and 20, then you can use OFFSET. It populates all the records of the table, and it discards the previous records that are defined in the OFFSET clause.

For example, we want to display the top 20 names of actor and the value of the actor_id column must start from 11 then you can write the query as below: 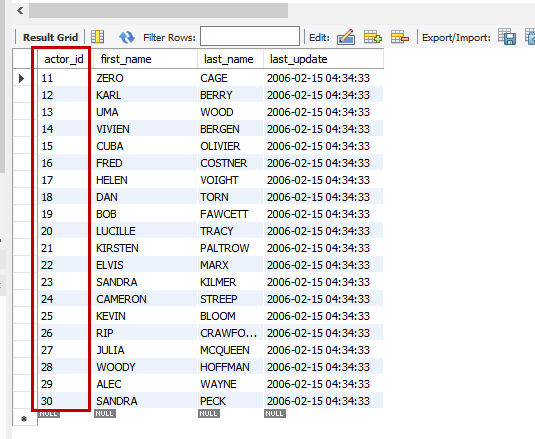 As you can see in the above image, the value of the actor_id column starts from 10, and it has returned a total of 20 records.

How to calculate the OFFSET using Page Number

The following is the formula:

For example, you want to display the name of 30 actors in 3 pages. Therefore, the formula must be as shown below:

The query should be written as follows:

Following is the output of the first query: 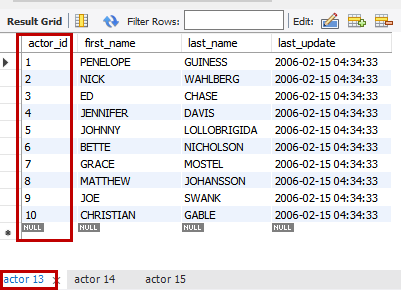 Following is the output of the second query: 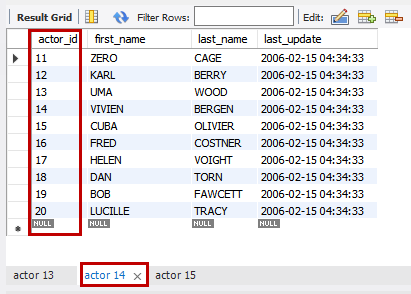 Following is the output of the third query: 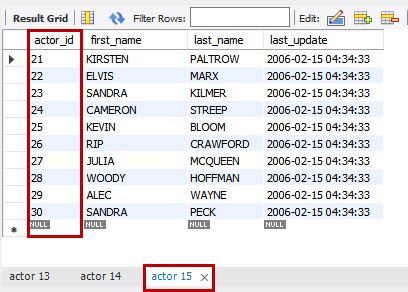 Implement the paging using ORDER BY (avoid discarding the records)

As mentioned, the pagination populates all the records of the table, displays the number of records specified in the LIMIT clause, and discards all the previous records specified in the OFFSET clause. If the table contains millions of records, then the performance of the query can be reduced significantly. To avoid that, we can specify the range in the WHERE clause and limit the records using the LIMIT clause. For example, we want to populate the name of the top ten actors whose actor_id is greater than 10. The query should be written as follows:

Below is the output:

The pagination is a very interesting concept in MySQL and can be achieved easily by LIMIT and OFFSET clauses. It is very useful when you want to display the large recordset on multiple pages. In this article, I have explained about the pagination and how we can implement it, how we can calculate the OFFSET using page number, and the number of records per page. I have also explained how it can impact the performance and the possible alternative to it.