As you are aware, there are different types of logical joins, Inner Join, Outer Join (Left, Right, Full) and cross joins that you performed in order to achieve the required results as shown in the below figure. 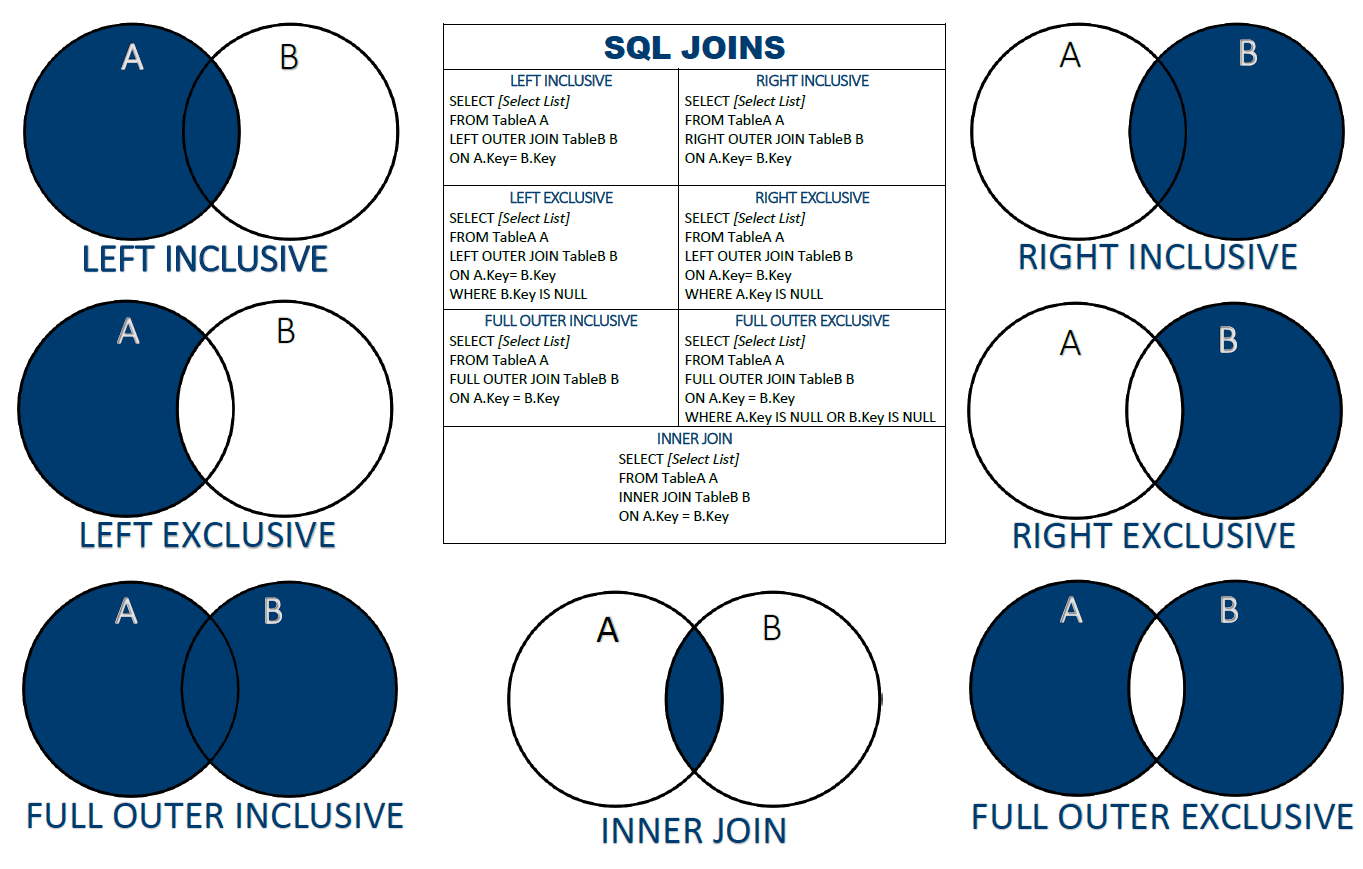 Depending on data volume and the available indexes, different types of physical join operators are used. Therefore, by knowing the details of physical operators, you can improve query performance.

Nested Loops Join has a very simple mechanism. Out of the two tables, the table with a smaller number of records is selected, and it will loop through the second table until matches are found. As you can see this is a not very scalable option for large tables. Hence this is mainly used when there is a table with a smaller number of records and the joining column is indexed in the second table.

Let us create two simple tables with the following scripts.

The above script will create two tables and insert few records. Let us join these two tables with the following query.

As seen from the above execution plan, the smaller table is selected as the outer table and nested loops join will occur with the inner table.

It is important to remember that you don’t need to join these tables in the same order in your script. Even if you join them differently, the database engine will use the same query plan by identifying the table with smaller records. If you execute the following query, you will get the same execution as above.

There are several other usages of the Nested Loops physical join that are listed below.

Let us look at the query plan for the above query.

Then the new query plan would look like the following and you will see that nested loops join is removed.

When cross joins are performed, the only possible way of joining these tables is via Nested Loops Join. Let us execute the following query to observe the different scenarios.

You will see from the following query plan that Nested Loops Join is used ignoring the sizes of the table.

Thus, the Cross Join queries are slower and should not be used against large volume tables.

Let’s see what is the behavior of the Joins when the table variable is used to join. To Demonstrate, we will use the following query with a table variable.

You will see the following query plan for the above join query.

This is due to the fact that the database engine is estimating that the Table variable has one record. Since a table with one record is a small table, the above query uses the Nested Loops join.

This can be verified from the query plan as shown in the below figure.

As you can see, though there are 504 records in the table, the engine has been estimated for only one record.

The Merge join is the most efficient join in SQL Server. In simple terms, if you see a Merge Join, your query plan is an efficient query plan and you do not need to do many changes to improve query performances. Since the Merge Join operator uses sorted data inputs, it can use any two large datasets.

Let us look at the following query.

The following figure shows the query plan for the above query which shows Merge Join.

You need to verify how it receives the sorted input to the Merge Join. If it receives data from the index, then it would be fine. However, if SQL Server does perform any operation to sort the data stream, then you may need to look at the indexes and better try to modify the indexes in order to achieve better results.

Further, if there are duplicates for the joining conditions or many to many relationships between the join conditions, a Work table will be created in the tempdb which may result in performance issues and Tempdb contention. Therefore, if there are duplicates you may try to resolve those data duplication issues before joining the tables if possible.

The mechanism for hash match Join is to create a hash table and then match records. Hash table creates in the memory. However, since Hash Match Join will be used for a large dataset, most likely that memory will not be sufficient to hold the data. In that type of situation, Hash Match Join uses tempdb heavily. Further, Hash Match Join is a blocking join that means until the entire join is completed, users will not get the data output. These two properties make Hash Match join a slow operator to join tables in SQL Server. In the case you observe a Hash Match Join in the query plan, you need to look at how to improve the performance. In the case of a data warehouse, hash joins are fine but not for transactional systems. Mainly, you need to look at modifying the indexes or include new indexes. In addition, you may look at the options of rewriting the queries.

One important factor to note here, that Hash Match Join is utilized only for Equi joins.

Merge Joins are used to join sorted tables. This means that Merge joins are utilized when join columns are indexed in both tables while Hash Match join uses a hash table to join equi joins.