Installing Azure Data Studio is straightforward in Windows. You just have to download the installer and run it. Follow the on-screen instructions and you’re good to go. To launch it, you can either launch it from the Start Menu, or search for sqlops, or simply run the command sqlops on the cmd window. 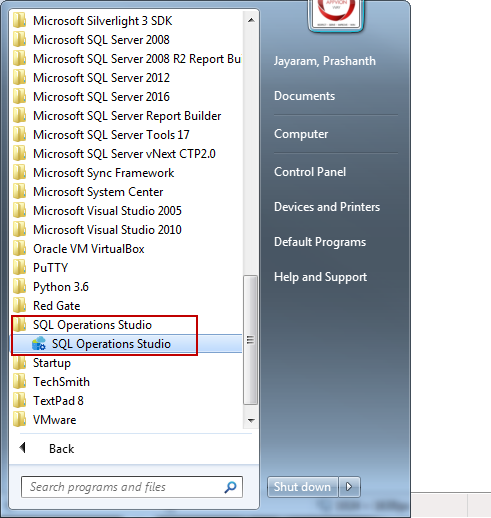 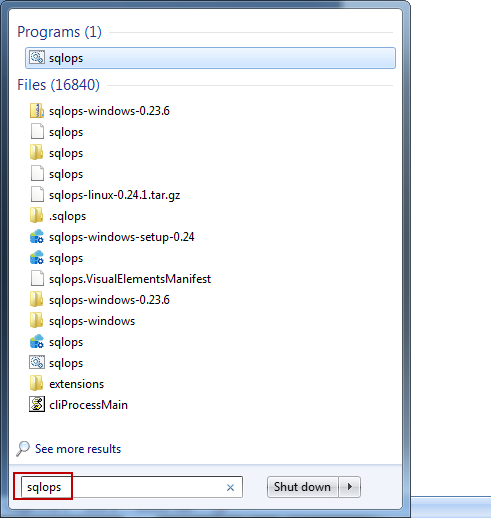 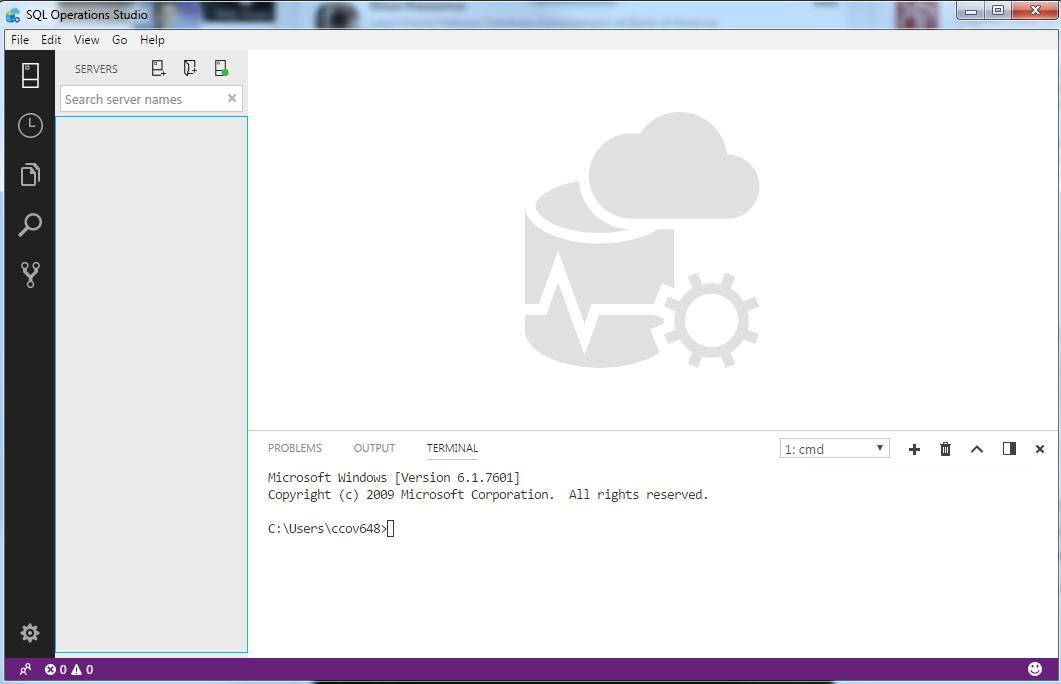 To install Azure Data Studio follow the steps below.

As administrators, it is quite common for us to use the terminal, be it PowerShell or CMD on Windows, or Terminal on Linux. However, it’s inconvenient for us to have to switch windows while working on something on sqlops to go to the terminal. Worry not, sqlops has the terminal built right in. It’s also flexible enough to let you configure your own terminals into sqlops. In other words, if you’re used to PowerShell, you can configure the terminal to be the PowerShell one by default. You can even create your own terminal configurations and map them into sqlops to have a completely customized experience.

To open the integrated terminal, go to View on the menu bar and select Integrated Terminal. If you’re into keyboard shortcuts, use the Ctrl+` combination (that’s a backtick).

As we can see that cmd.exe is loaded by default in case of Windows. Let’s open a PowerShell console and run few SQL Server cmdlets.

Tap on 1: cmd and select powershell.

To test the cross-platform functionality, connect to Linux SQL instance. By default, the SQL Server modules are loaded.

That was all Windows. Let’s go for a test run of the tool on Linux. 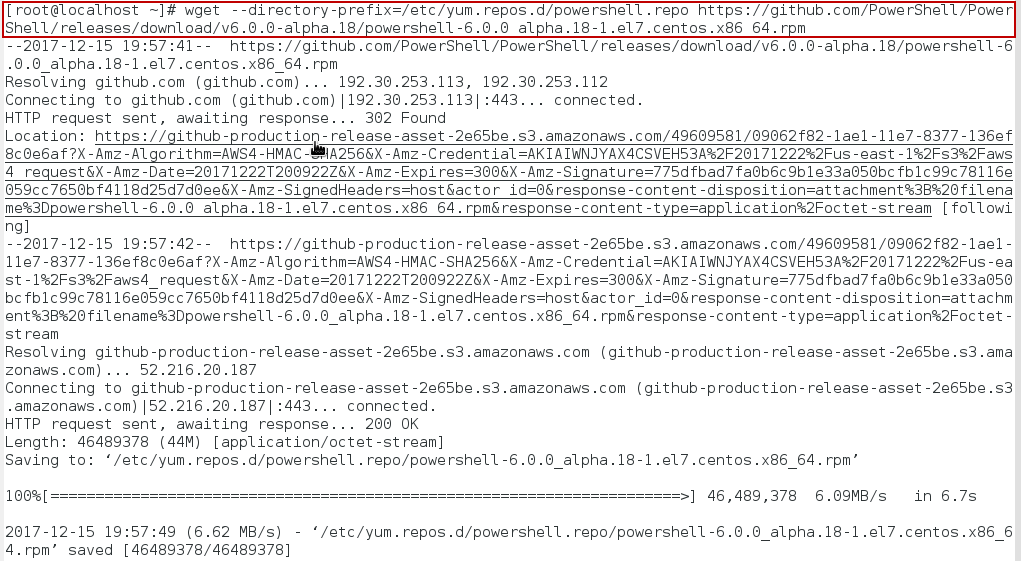 Use yum command to install the PowerShell package. 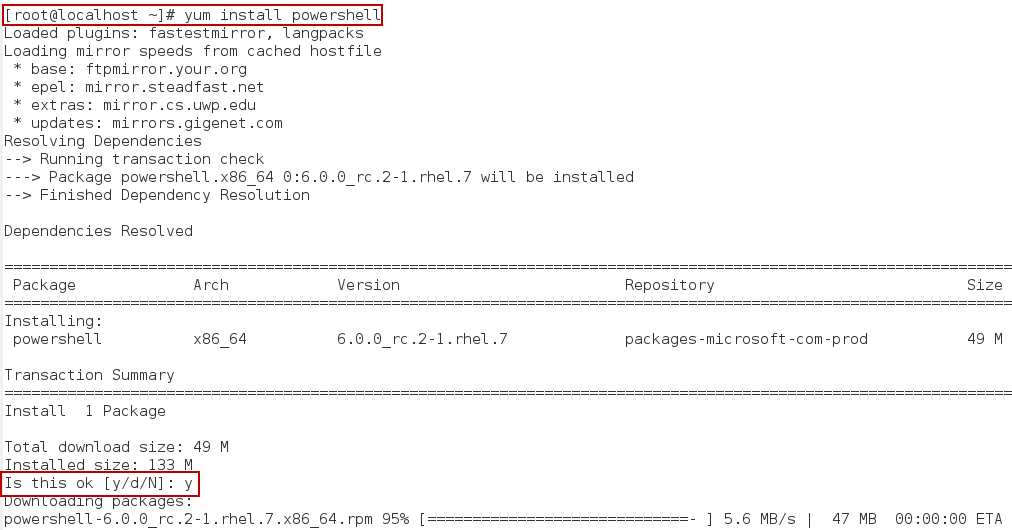 Download and register the SQL Server PowerShell DLLs. The tar file is here. You can read more about installation procedures in this article: An overview of Python vs PowerShell for SQL Server Database Administration.

In this case the DLLs are extracted to /home/thanvitha/SQLTools/.

Add the SQL Server assemblies to the shell so as to be able to invoke the respective objects. 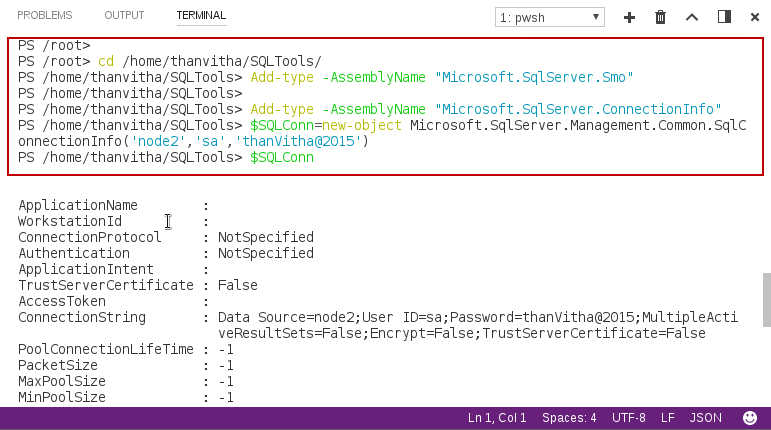 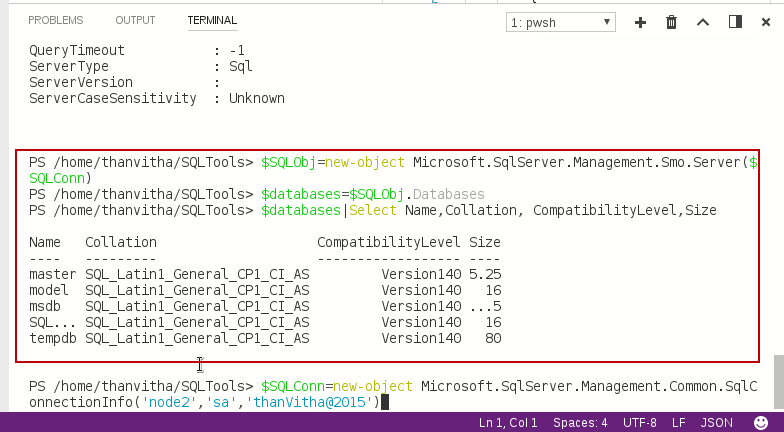 In this article we provided a high-level overview of DevOps, and listed various tools that help manage SQL Server databases on different platforms. We looked at Azure Data Studio in particular, and laid out the installation steps on Windows and Linux. Also, we configured PowerShell on CentOS and loaded the SQL Server DLLs in the Azure Data Studio integrated terminal on CentOS.

That’s not all of what Azure Data Studio can do, though; the tool has several other great features that hopefully I’ll get a chance to review in the future. But this is all for now. Stay tuned for updates on this promising tool!