A little curiosity on my part led me to research a little further on the available pieces of SQL Server Tools. A cross-platform tool for continuous integration and deployment, called SqlPackage, is part of SQL Server Data Tools. I picked it up because continuous integration, delivery and deployment are now must-have in the modern-day application development paradigm.

We’d talk about the following in this article:

Here is a good article that covers these challenges in much more detai: Why is database continuous integration and delivery so hard and how to make it easy; SQL Server database DevOps pain points and solutions

I most organizations, the database administrators are the only technicians allowed to make changes to the database. Their job is to scrutinize the change management scripts before the implementation in production. In some cases, several developers may have developed the change script, which may lead to changes to various components of the database objects. Though the production environment can be simulated in the test environment using the production data, there’s no guarantee that the change would be successful; things could still go wrong for various reasons. Therefore, aspects like the order of execution of the change management script is vital to the release management process.

Next-generation technologies are compatible with the loosely-coupled architectures of the current environments, with various components providing different functionalities. Many organizations are working towards upgrading their technology competency to accelerate software delivery, the most significant challenge being the ability to meet customer needs as quickly as possible. And for this, we may have to cut down on some of the complexities. For instance, some applications may use a combination of SQL and NoSQL databases. You’ve got to consider the nature of these databases. If good care is not taken in testing, and the deployment goes through without having the integration tested, the impact would be on the live data, and any glitch in the deployment will pull down the entire system. One aspect to consider is whether the native database tools have CI/CD capabilities, or if there’s a need to go for a third-party tool.

Let us discuss the various states of the Database Release Management process:

In some cases the deployment may not go as expected for various reasons. Though the developers initiate the Change Management (CM) process, the order in which the script executes, and state of the environment decide the status of change management ticket.

Where can I obtain the SQLpackage command-line utility?

How is SQLPackage.exe useful?

In this section we can have a quick look at how SQLPackage.exe can be used for the continuous deployment process. To get detailed information about the parameters, type the respective action type followed by ?.

To view the details of export action type 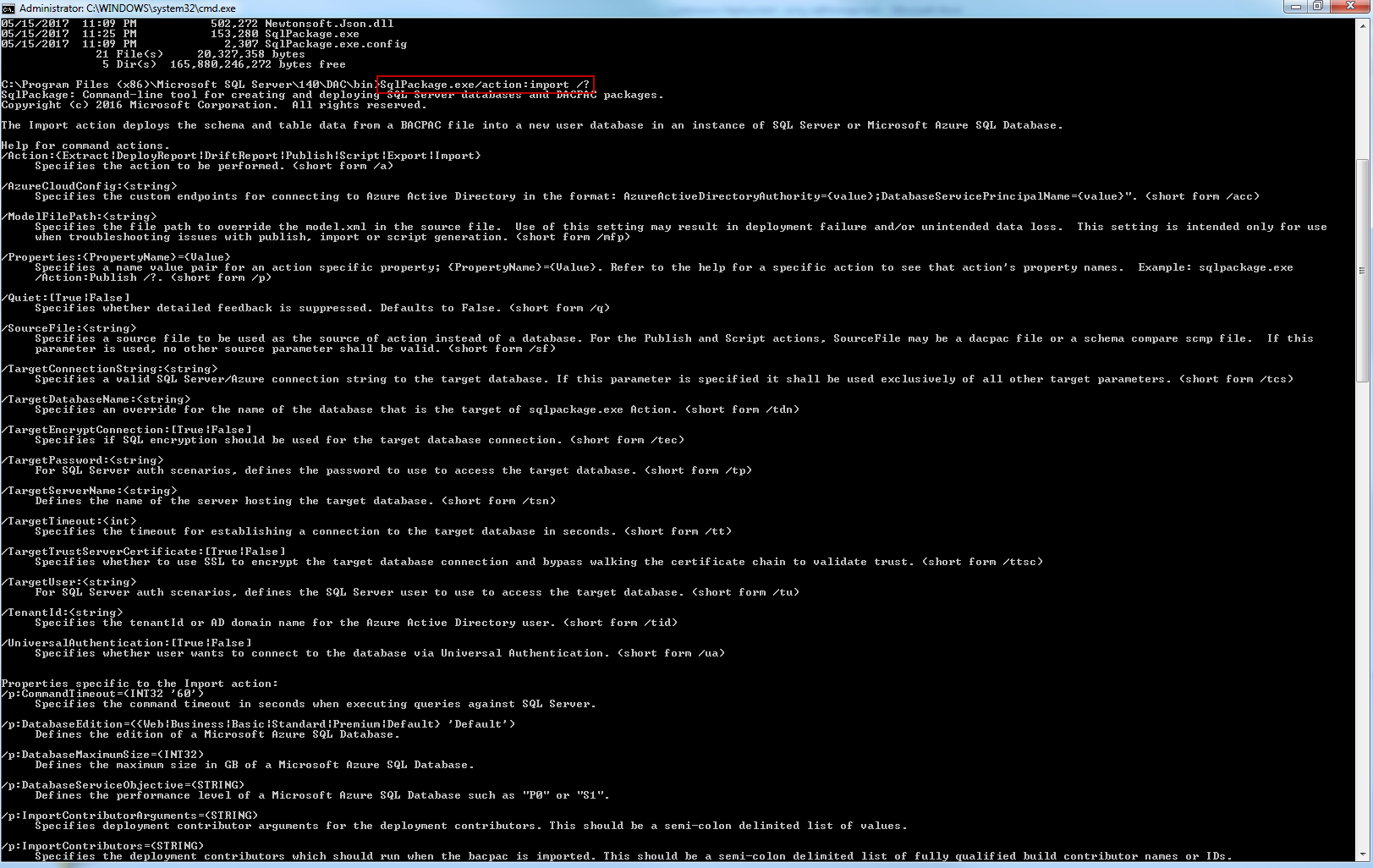 Similarly for other action types, you can issue the following commands

Let’s now look at some examples

Export the local database to a bacpac file

To export the database using SqlPackage, run the following command.

Import the bacpac file to SQLServer Instance on Linux

In the following example, we are connecting to the SQL instance (node2) on Linux. 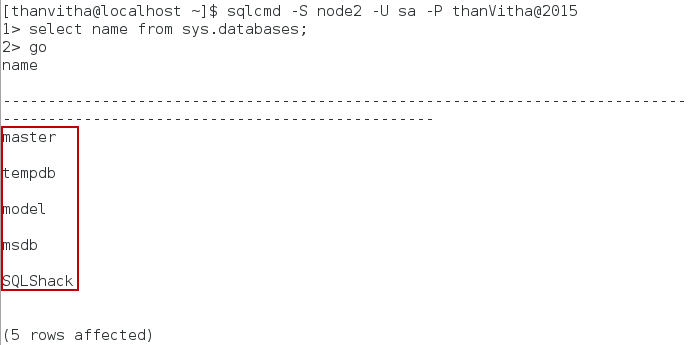 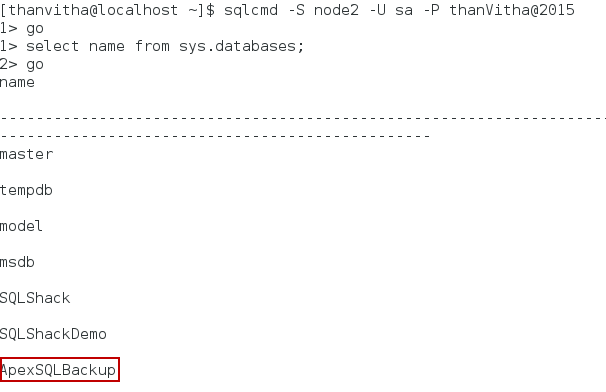 SqlPackage.exe makes extracting the dacpac file pretty straightforward, even if we’re working on more than one database. We can even automate this process using PowerShell.

Change the values of the following parameters as per your environment setup:

This is a great feature for SQL databases deployment. This way, incremental updates are applied very easily without preparing the SQL scripts.

We can compare any two artifact files and generate the differential script using the scripting option. The diff.txt file is the script file generated by comparing the source file with the target dacpac file. 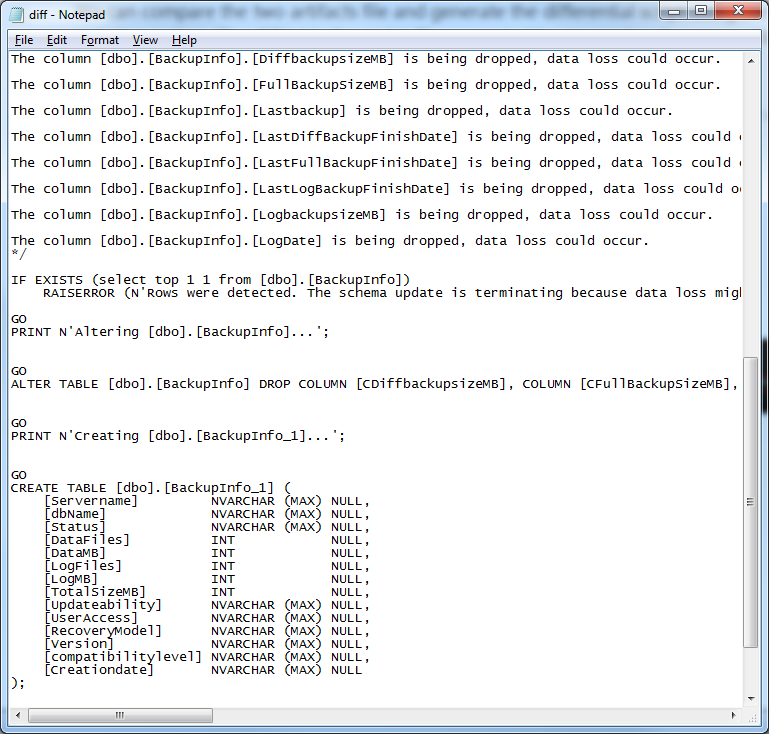 That’s all for now; but see the index below for more articles in this series

Release management is a culture. It requires a lot of team work and team effort. More importantly, it requires tight documentation and a deep understanding of the system as a whole. With well-defined and refined process along with good teamwork, planning and testing would lead to a successful release management cycle.

After a detailed study, and testing a lot of examples, I can say that there is no one approach to serve one’s purpose—there’s no “One size fits all”. Most of the time, third party tools may fix some of the difficulties while managing the large releases, but not all. And at the same time, native tools could very well handle most of the work in some environments; for example, SQL Server Data Tools can handle the state-based method very well.