In this article, we will take a glance at the fundamentals of SQL Server statistics and discover their interaction with the query processing steps with simple examples.

Getting Started with SQL Server statistics

SQL Server statistics are one of the key inputs for the query optimizer during generating a query plan. Statistics are used by the optimizer to estimate how many rows will return from a query so it calculates the cost of a query plan using this estimation. CPU, I/O, and memory requirements are made according to this estimate, so accurate and up-to-date statistics play an important role in the creation of more effective query plans. Besides this, the accuracy of statistics helps in proper resource planning for queries. After this short explanation, we can say that statistics play a key role in query performance without hesitation.

SQL Server automatically creates statistics when we create an index on a table or indexed view. At the same time, the query optimizer can decide to create statistics for the non-indexed individual columns during the execution process of the queries. However, this option can work if the Auto Create Statistics option of the database is enabled. Auto Create Statistics option can be seen under the options tab of the database properties. 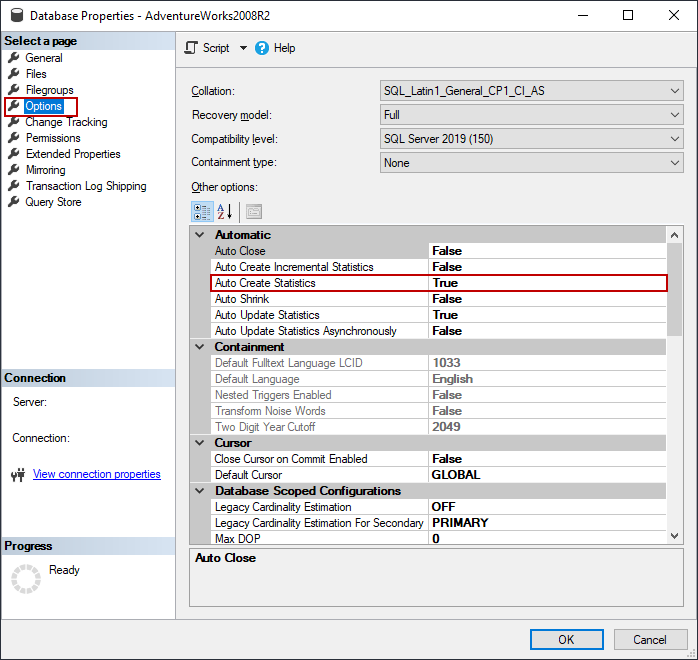 What is a histogram? 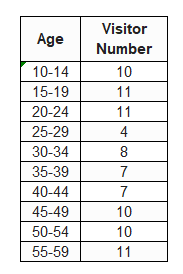 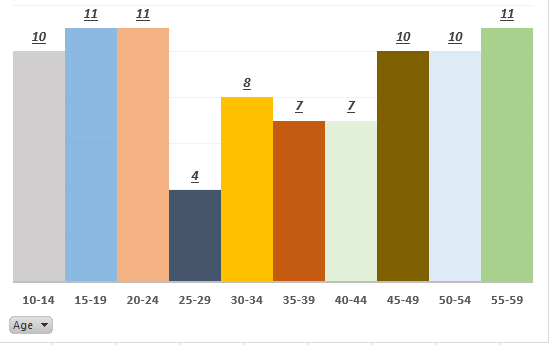 SQL Server statistics stores the distribution of the column data in a histogram and stores unique values ratio in the density vector. These two meta-data are used by the query optimizer to calculate how many rows will return a query. Understanding SQL Server statistics concepts with the help of examples will be more beneficial than continuing with theoretical information to learn better about real-world issues. 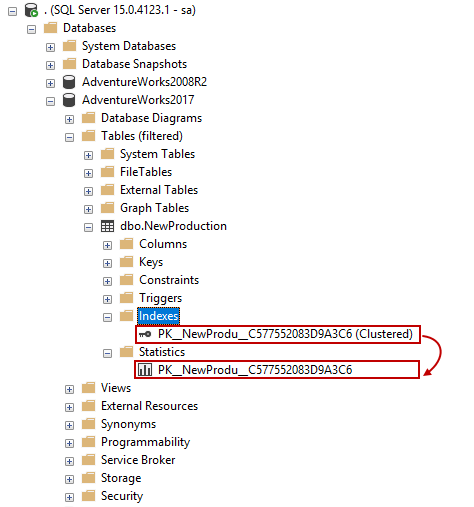 However, after the insert operation the statistic data is still empty but statistics data will be updated when we execute a query that required the clustered index statistics data.

We will check the details of the statistics using the DBCC SHOW_STATISTICS command after executing the following query:

As we can see, the statistics header, density vector, and histogram data are created after the execution of the query.

On the other hand, SQL Server statistics can become outdated (stale) after the modification (insert, update, delete ) of the table because column values distribution will be changed. In this case, the query optimizer checks the modification counter value and if it exceeds a threshold value, the statistics will be triggered to update. After this operation, the optimizer generates a new query plan because it presumes a chance to generate a more effective query plan with the up to date statistics. The query optimizer decides to update statistics according to the following rules:

Auto Update Statistics option can be found under the options tab of the database properties. 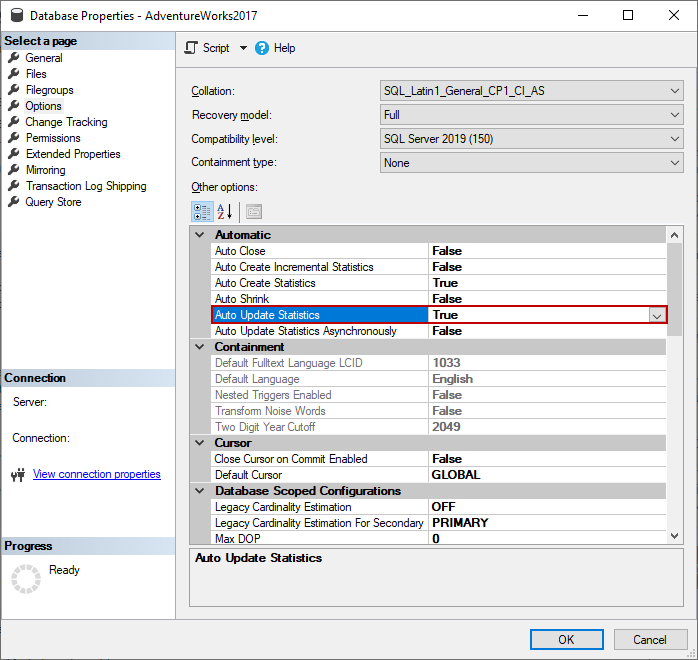 In this second scenario, we will insert 500.000 new rows into the table and then will execute the same query. In this case, we expect that the statistic will be updated. 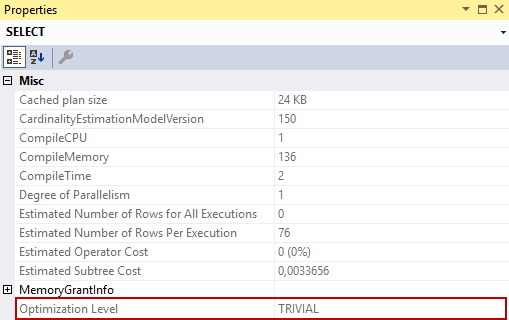 The query optimizer creates a trivial plan when the query is fairly simple and there are no other different query plan candidates to process the executed query. In this circumstance, the query optimizer thinks query recompilation would be a waste of resources and time so it does not consider update the statistics. SQL Server does not recompile the trivial plans so the update statistics process is not triggered by the optimizer. The trace flag 8757 forces the optimizer to complete all optimization processes and when we enable this trace flag in the sample query the SQL Server statistics will be updated and used.

When we review the execution plan of the query, we will see that the Optimization Level attribute shows a FULL value. It means that all optimization steps were completed by the optimizer. 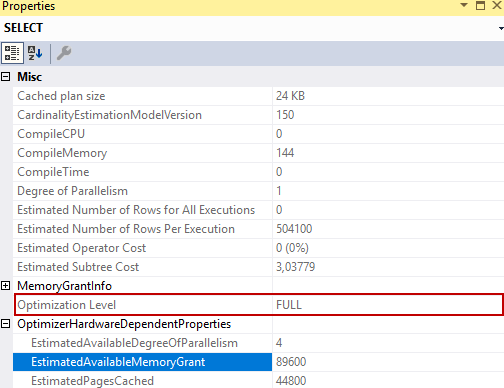 At the same time, we can find out which statistics are used during the execution of the query by the use of the OptimizerStatsUsage attribute. 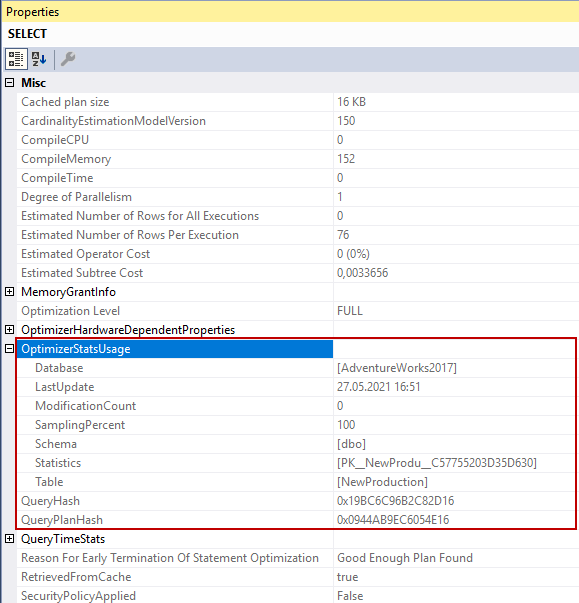 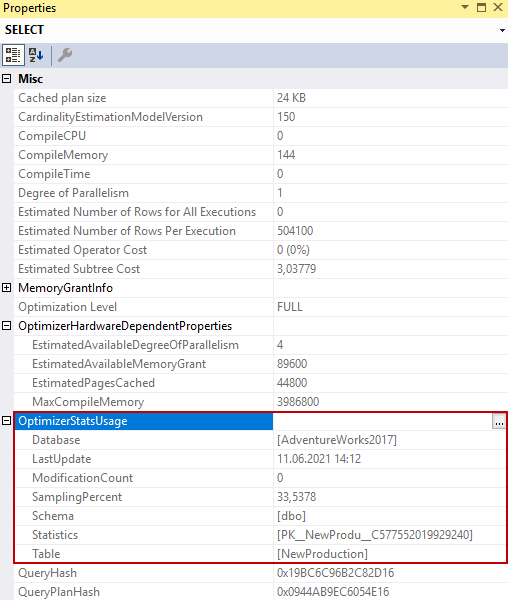 SQL Server query optimizer can decide to create or update statistics for the individual column during the execution of a query to make more proper estimates. At the same time, after the statistic creation or update process, the optimizer recompiles the query. Let’s observe these two situations for the following query. Before executing the query, we will create an extended event that helps to capture recompile operations. SQL Server can recompile a query for the following reasons: 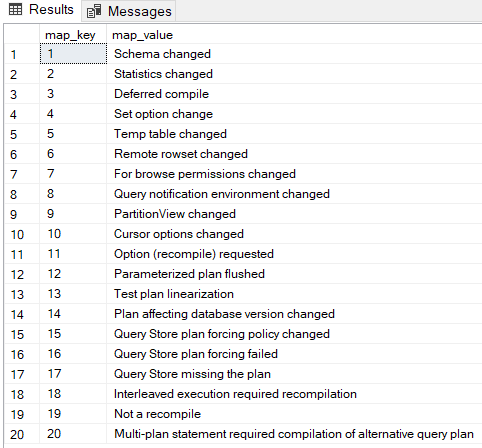 The statistic creation operation is to get involved in the Schema changed category.

The created extended event will appear Extended Events sessions folder and we will click the Watch Live Data option and start the watch the captured events. As the second step, we will execute the following query but we will add a very simple subquery into it to avoid trivial query plans.

During the execution of the query, SQL Server has created a new statistic. This statistic name starts with _WA_Sys_. 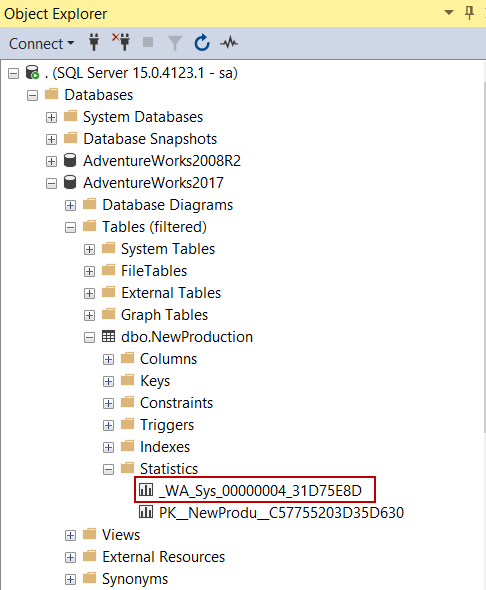 On the other hand, the extended event has captured a recompilation of a query. The reason for the recompile operation is Schema change and the sql_text field value shows our example query. 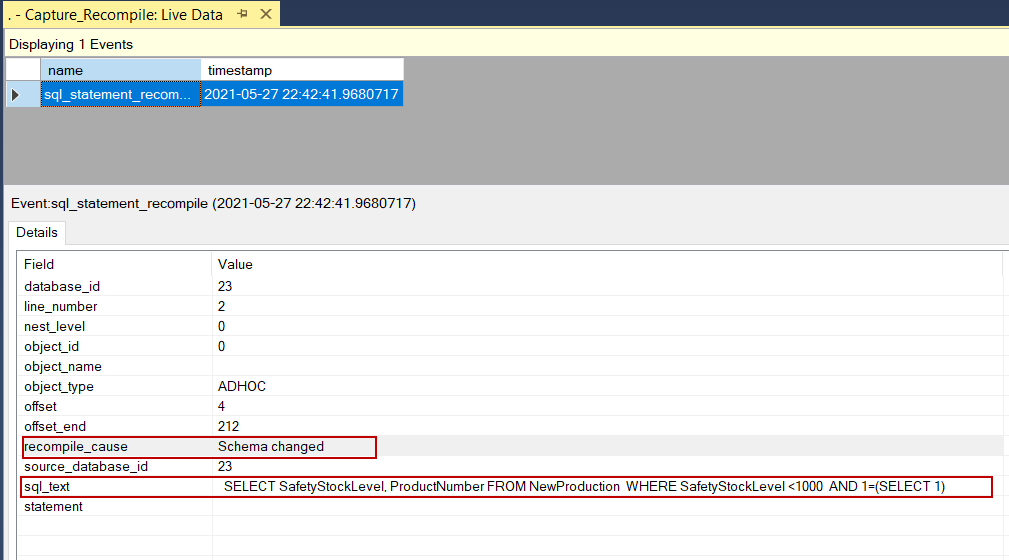 In this article, we have learned the basics of SQL Server statistics. Statistics plays a very important role in the query optimization process and is used by the query optimizer to generate execution plans.