In this article, we will uncover some secrets about the SQL Server tempdb database. Tempdb is a system database and it is used for various internal and user operations. Besides this, the tempdb has many unique characteristics, unlike the other databases. When we take into account all of these features of the tempdb, there is no doubt that it is an essential part of the SQL Server.

What is the SQL Server tempdb database

Tempdb is a very special system database that is used to store temporary objects which are created by the users explicitly or by the internal system process. The following objects or operations use tempdb:

As we can see, the tempdb is used by many different operations. That’s why tempdb must be one of the top ten items on the performance checklist.

Unique characteristics of the tempdb database

The tempdb has some special features that differ from other databases:

Table variables are the special variable types and they help to store data temporarily in a table structure during the execution of the batch. The main property of the table variable is that it is created in the tempdb.

While this query is running, we open a new query window and execute another query. Through the following query, we can find out the underlined table variable row numbers, and size in the tempdb database.

As a result, we have proved that the table variables are created in the SQL Server tempdb database.

During the execution of a query, SQL Server uses some amount of memory to sorting or joining the rows. The required memory amount is estimated by the query optimizer considering some options (number of rows, data types, some operators) while creating the execution plan, and then it demands this memory from the database engine. SQL Server reserved the required memory amount for the query to supply their memory need and it is called memory grant. The significant point about the memory grant is that it could not be changed during the execution of the query.

The query optimizer may estimate the required memory amount incorrectly for the sort operator due to outdated or missing statistics. In this circumstance, while the query is being executed, more memory needs arise but the memory grant could not change during the execution of the query. In this case, the database engine begins to use tempdb instead of the memory and this mechanism is called the tempdb sort spill. This issue affects query performance negatively because it causes generate more I/O operations. Now we will reinforce this concept with an example. Firstly, we will create two tables and populate them with some data.

We enable the actual execution plan and execute the following query. This query will return a sorted resultset of the TestSample1 table.

As we can see, a warning sign seems on the Hash Match operator. When we hover over the on this operator image on the execution plan, we can find out a detailed explanation about the warning. The problem reason seems very clear, the huge difference between the Estimated Number of Rows and the Actual Number of Rows values because the granted memory is calculated according to estimated rows and the tempdb spill issue has occurred.

Hash match join is one of the join options used by SQL Server to join the unsorted tables in the queries. The algorithm of a hash match join is to create a hash table in the memory to match two table rows. If the query optimizer incorrectly estimates the source input row numbers for hash the match operator due to outdated or missing statistics, the memory grant calculation will be wrong.

As a result, the database engine starts the use of tempdb instead of the memory during the execution of the query. Needless to say that this issue causes a performance problem. Now we look at this problem with an example.

We enable the actual execution plan and execute the following query. 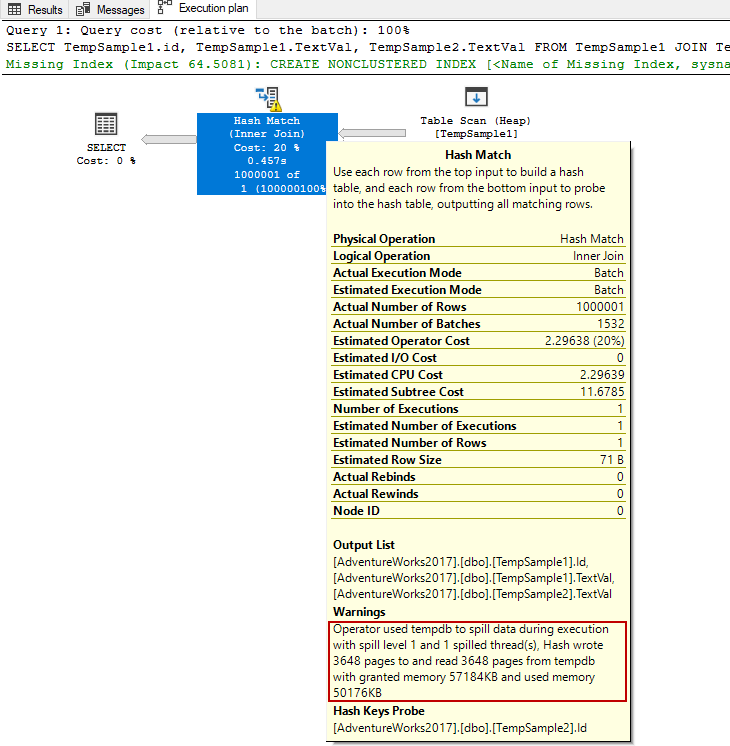 As we explained just before, the hash match operator indicates a tempdb spill problem. The following suggestion can help us to overcome the tempdb spill issue: 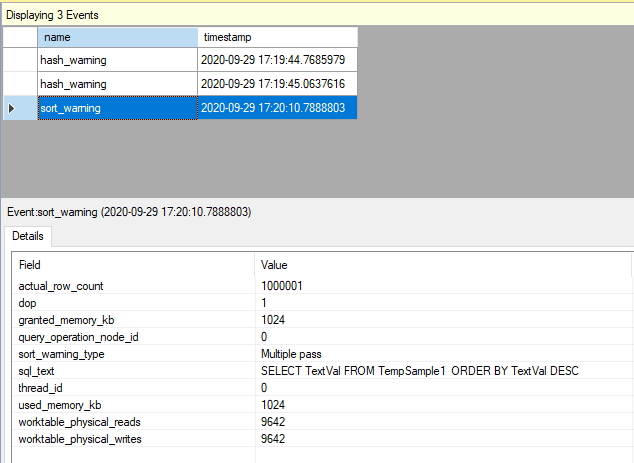 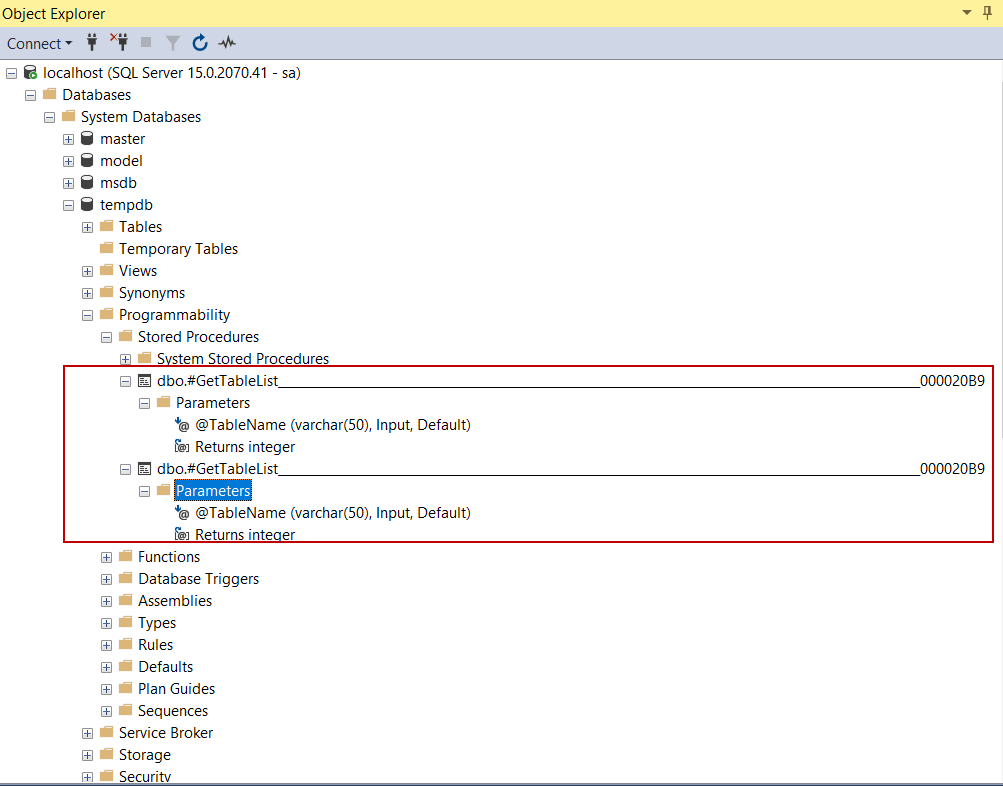 You may ask, why we see two temporary stored procedures with the same name. I think it is a bug because when we execute the following query it returns only one stored procedure.

We can execute the temporary stored procedure like the regular ones with parameters or without parameters. 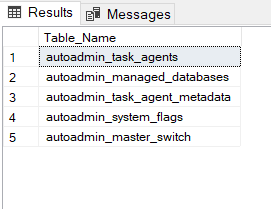 In this article, we have learned the tempdb database features and then explore some secrets about it. Tempdb has unique characteristics and some operations that we never think of using the tempdb. In light of this idea monitoring and performance tuning of the tempdb have to be a very important task for database administrators.