In our previously published articles in this series, we talked about many SSIS Hadoop components added in SQL Server 2016, such as the Hadoop connection manager, Hadoop file system task, HDFS file source, and HDFS file destination.

In this article, we will be talking about Hadoop Hive and Hadoop Pig Tasks. We will first give a brief overview of Apache Hive and Apache Pig. Then, we will illustrate the related SSIS Hadoop components and alternatives.

Apache Hive is an open-source data warehousing software developed by Facebook built on the top of Hadoop. It allows querying data using a SQL-like language called HiveQL or using Apache Spark SQL. It can store data within a separate repository, and it allows building external tables on the top of data stored outside Hive repositories.

In general, these technologies work perfectly under Linux operating systems, but it can also be installed on Windows using the Cygwin tool (check the external links section for more information).

Apache Pig is an open-source framework developed by Yahoo used to write and execute Hadoop MapReduce jobs. It is designed to facilitate writing MapReduce programs with a high-level language called PigLatin instead of using complicated Java code. It also can be extended with user-defined functions.

Apache Pig converts the PigLatin scripts into MapReduce using a wrapper layer in an optimized way, which decreases the need to optimize scripts manually to improve their efficiency.

Similar to Apache Hive and other software, this technology works better on Linux-based operating systems, while it can be installed on Windows (check the external links section for more information).

As we mentioned in the first article in this series, there are two types of connections within the Hadoop connection manager: (1) WebHDFS used for HDFS commands and (2) WebHCat used for apache Hive and Pig tasks. 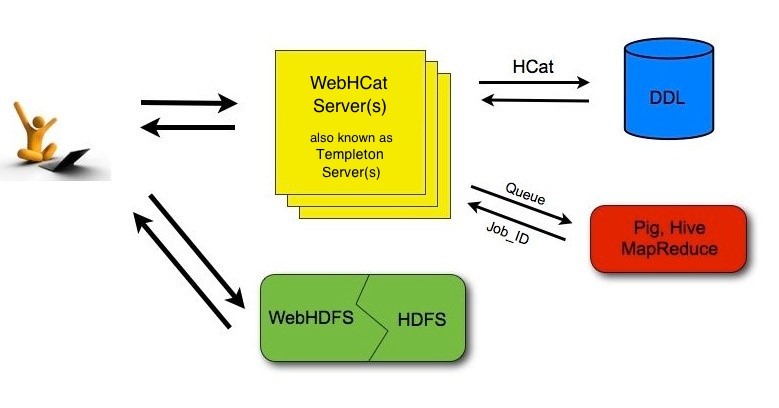 To start the WebHCat API, you should run the following command:

Connecting to WebHCat is very similar to WebHDFS, as explained in the first article. Noting that the default port is 50111. 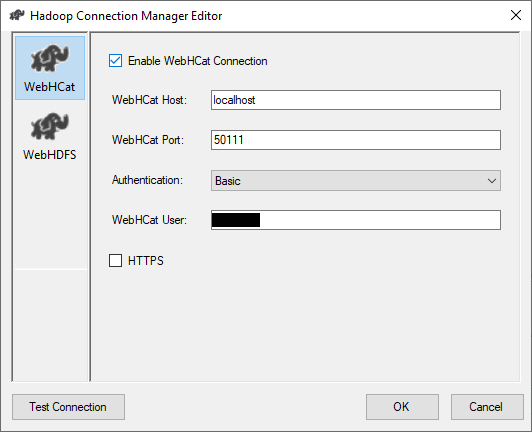 To make sure that connection is well configured, we can use the “Test connection” button. 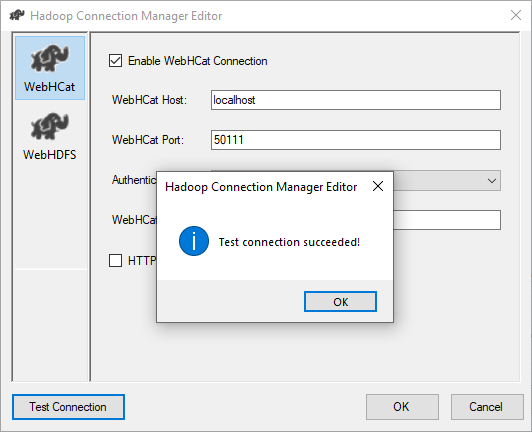 The Hadoop component related to Hive is called “Hadoop Hive Task”. This component is designed to execute HiveQL statements. It uses a WebHCat Hadoop connection to send a statement to the Apache Hive server.

This Hadoop component is very simple, as shown in the screenshot below, its editor contains only a few parameters to configure: 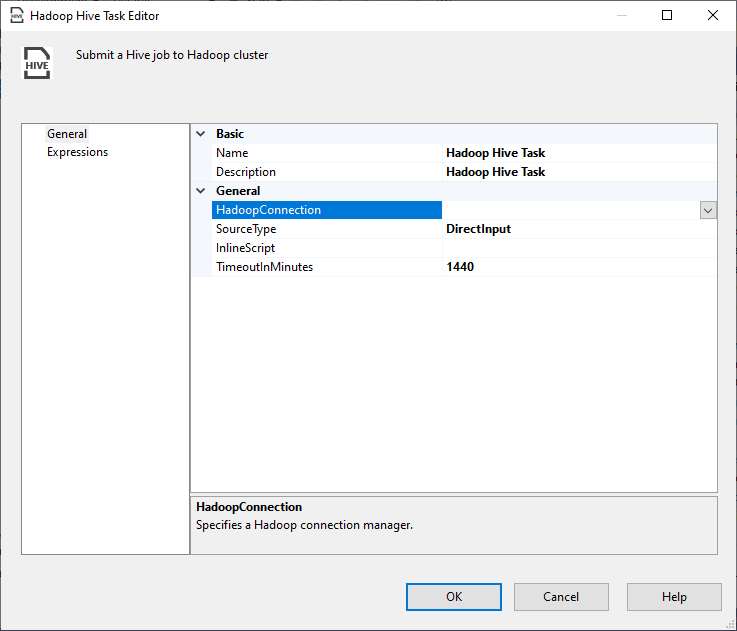 To run an example, we used to used the following HiveQL statement to create a Hive table: 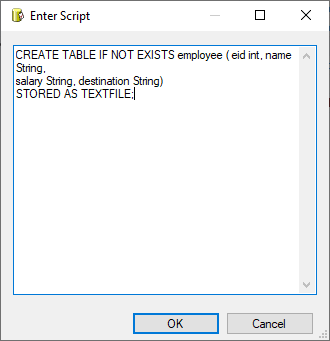 After executing the package, we started the Hive shell from a command prompt and executed the following command to show available tables within the default database:

The result shows that the employee table is created:

To illustrate the difference between synchronous and asynchronous commands, we ran the following experiment:

First, we set the “TimeoutInMunites” property to 1440 (default) and executed the package. As shown in the screenshot below, the immediate window keeps showing the execution information sent from the Hive server.

If we set the TimeoutInMinutes property to 0 and we execute the package, the task shows that it is completed successfully one a job is scheduled in the Hadoop cluster.

The Hadoop component related to Apache Pig is called the “Hadoop Pig task”. This component is almost the same as Hadoop Hive Task since it has the same properties and uses a WebHCat connection. The only difference is that it executes a PigLatin script rather than HiveQL.

There is another method available to connect with the Apache Hive server in SSIS other than using the SSIS Hadoop components, which is the Microsoft Hive ODBC Driver. This allows creating an ODBC connection with Apache Hive. ODBC Driver connects directly to the running Hive server (HiveServer1 or HiveServer2).

First, we should download the driver from the official Microsoft Download Link. Note that there are two drivers (32-bit and 64-bit). After downloading and installing the driver, we should add an ODBC source following these steps:

In this article, we talked about the Apache Hive and Apache Pig. Then, we explained what WebHDFS and WebHCat services are. We illustrated the Hive and Pig related Hadoop components in SSIS. And Finally, we showed how to use Microsoft Hive ODBC driver as an alternative of the Hive Hadoop Component.