In this article, we will explore SUBSTRING, PATINDEX and CHARINDEX string functions for SQL queries.

In the below example, we retrieve a substring using the specified inputs.

We can understand the substring output using the following image.

If we change the starting position and length parameter, it returns the modified substring.

SUBSTRING function with an expression

In the below SQL query, we use the LEN() function to calculate the [lastname] length in the starting_position argument.

Here, it gets the starting position dynamically depending upon the length of a person’s first name.

For example, in the below query, we use the COLLATE function along with the collation latin_general_cs_as.

It returns zero in the output because it considers sqlshack.com separate from SQLSHACK.COM.

Let’s change the substring in the capital letter to match with the string.

It returns the position of SUBSTRING using the case-sensitive search using the CHARINDEX function.

We can also add an optional starting position in the CHARINDEX() function. For example, in the below query, the 2nd query specifies a starting position at 8. Therefore, it starts looking for the substring from the 8th character position.

The PATINDEX() function looks for the first occurrence of a pattern in the input string and returns the starting position of it.

In the below example, we search the pattern %author% in the specified string.

You can use the wildcard character % and _ to find the positions of the pattern as well. In this example, we search the position for the pattern SQ followed by Shack in the string. It is similar to a LIKE operator.

In the below SQL query, we use the [^] string operator. It finds out the position of the character without an alphabet, number or space.

In the below example, we use the PATINDEX() function for a table column. It checks for the pattern – frame in the [Name] column of the [Production].[Product] table. 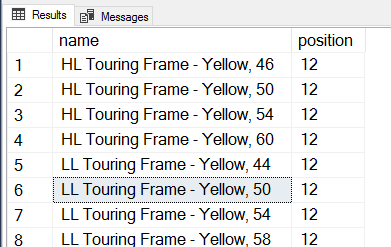 Use of SUBSTRING and CHARINDEX functions together in SQL queries

In many cases, we combine these functions to produce the required result. For example, Suppose your table holds mail addresses for your customer. You want to fetch the domain names ( such as gmail.com, outlook.com) from the email addresses.

In the below query, we combine the CHARINDEX and SUBSTRING function.

You can understand the output of the query using the below image. 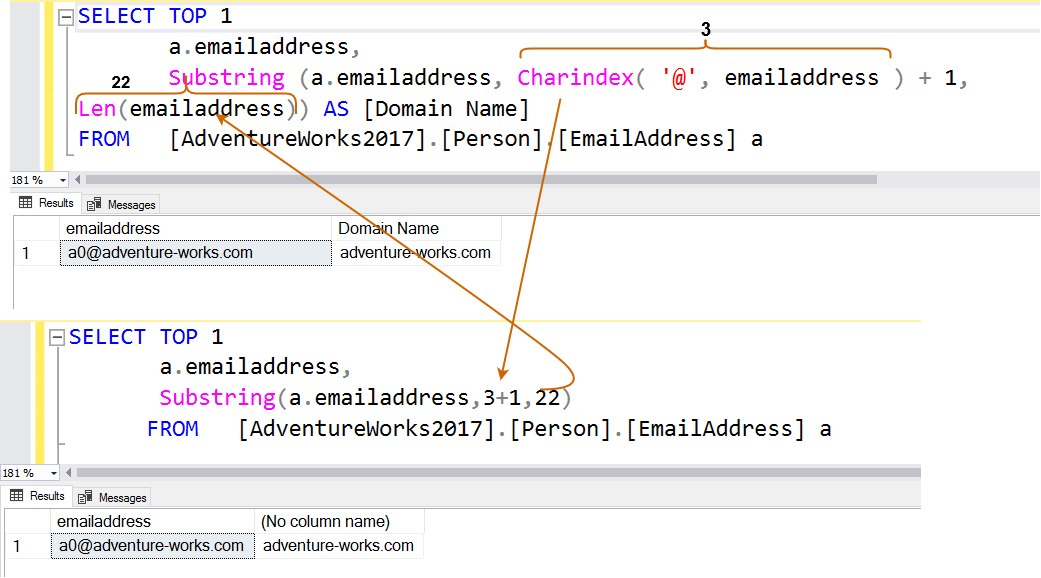 Similarly, suppose you have a table that employee joining date, time and day. You want to extract the joining date in another column. Similar to the other example, you can use the CHARINDEX, and SUBSTRING() function in the below SQL query.

In the output, we get the dates from the [Messages] column strings.

In this article, we explored the SUBSTRING, PATINDEX, and CHARINDEX string functions for SQL queries. You can retrieve a specific text, data using a combination of these functions. As a beginner, you can first write these functions individually and later combine the functions.