This article will make you learn the Postgres Coalesce command with examples.

The syntax of the PostgreSQL COALESCE function is as given below:

The Coalesce function is a shorthand of the Case statement.

Before we start exploring the Coalesce function using examples, you should have the following setup. 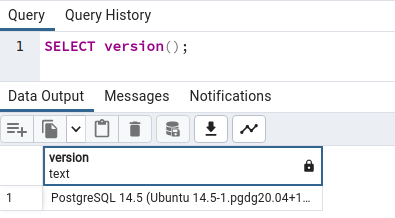 The following script does not contain any NULL values. Therefore, it returns the first non-null value, i.e., 2 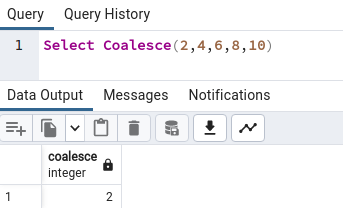 Example 2: NULL value as the last argument in the coalesce function

Let’s add the NULL as the last argument in the previous example and check the query output. The function output is still value 2 because it returns the first non-null, i.e., value 2 in our example. 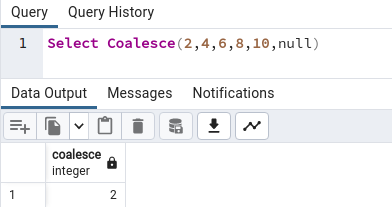 Example 3: NULL value as the first argument in the coalesce function

Let’s say the NULL is the first argument in the following example. The function output is still 2 because of the first non-null value. 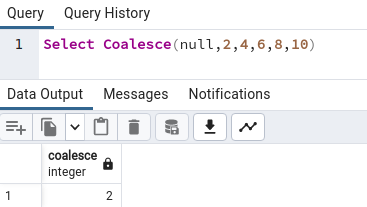 In the following query, we have NULL in the first, second, fourth, and last positions. The Coalesce function ignores the first two NULLs and returns the first non-null value, i.e., 2. It does not check the following NULL values. 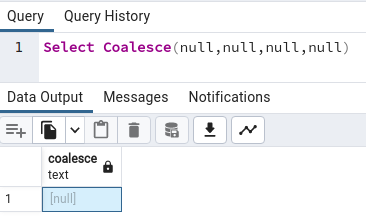 Example 6: Using Coalesce function with the tables in Postgres

In most cases, we use the functions with the values stored in the tables. Let’s say we have the following table that contains both NULL and non-null values. 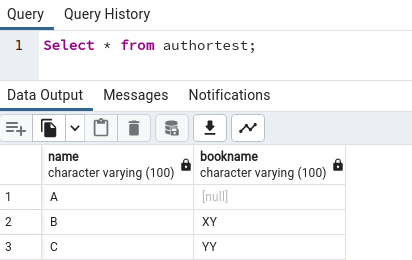 The following query uses coalesce() function for the bookname column. In case of null, it displays NA (non-null) value. The rest of the values (non-null) shows the actual value. We do not want to display the null value if anyone selects the values from the author’s table. 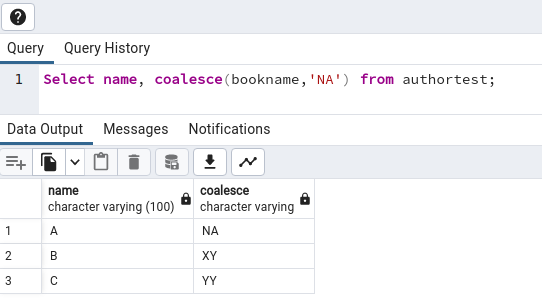 If you specify arguments with different datatypes, they should be convertible. Else the coalesce function returns an error, as shown below. 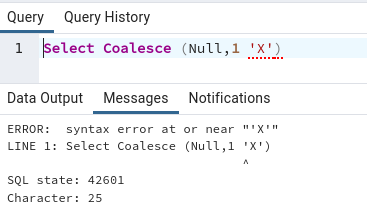 To avoid the situation, we can use Coalesce function to return space or an empty string if NULL is found. The following query replaces the NULL value with an empty string.

We can replace empty strings with some characters, such as commas below.

Example 9: Display a string or value in case of a NULL

Suppose you have a table that contains marks obtained by the students in a recent exam. If a student did not appear for the examination, its marks column contains NULL.

Now, if we query the table, it should show student did not appear in the exam instead of NULL. We can do it using the coalesce function.

Let’s create a marks table and insert a few records.

The query below used coalesce function for the column [MarksObtained] and replaced the NULL with the text ‘Not appeared in Exam’. 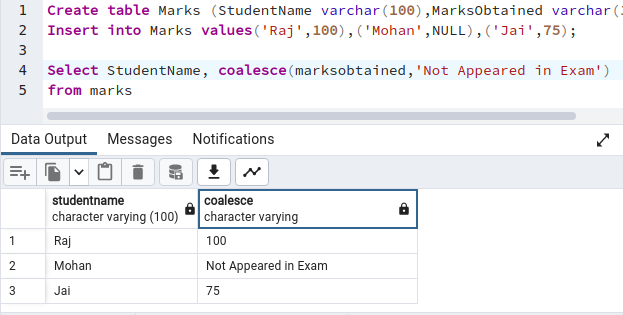 The calculated columns do calculations during query executions and return data as a separate column. Let’s see the impact of NULL in the case of calculated columns. I created a table called [Products] for this example and inserted a few records. The products table contains the available stock and sales quantity. You may notice that product id 2 has NULL in the sales quantity column.

The select statement calculates the remaining stock using subtraction between [AvailableStock] and [SalesQuantity].

For the Product ID, the query does not have any remaining balance and returns NULL. 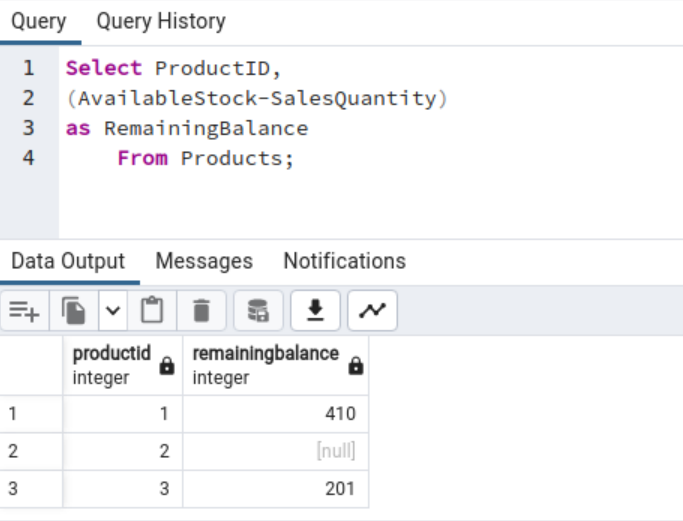 We require that if the [SalesQuantity] column has NULL values, the calculated column should show the [AvailableStock] value. We can use the Coalesce() function for the requirement.

The Coalesce function returns the value as below. 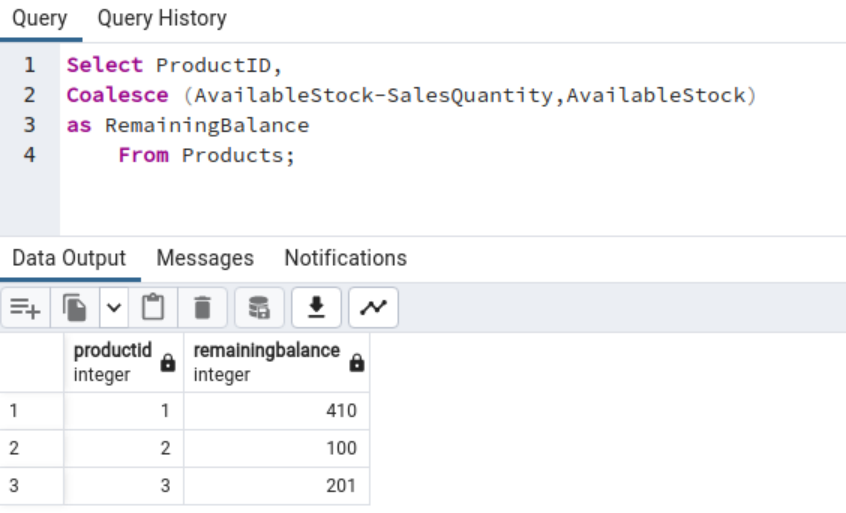 Example 11: COALESCE with the PIVOT tables

Let’s create a new table and insert the records with data for specific months. As we do not have data for a few months, we get NULL values for the months that do not have any data in the Pivot table.

We can avoid NULLs with the Coalesce function and replace NULL with Zero using the following SQL.

Here is the updated output you get from the Coalesce function in the Pivot table.

In this blog, we discussed how to use the Postgres COALESCE command. The COALESCE command returns the first non-null value from the supplied input arguments. You should use the function where you predict the NULL values can be a problem.