SSIS Script component is a prominent strength of SQL Server Integration Services since it allows developers to implement any complex logic and utilize libraries from the powerful .NET framework or third-parties.

In this article, we will give an overview of SSIS Script component, and illustrate the benefits of using it. In addition, we will answer some of the most common questions asked concerning writing scripts in SSIS, such as the difference between a derived column transformation and a Script component. 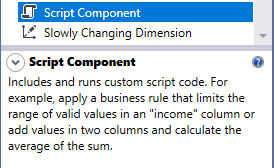 SSIS Script component can be used in three ways:

When adding a Script component to the data flow task, you will be asked how the script will be used, as shown in the image below: 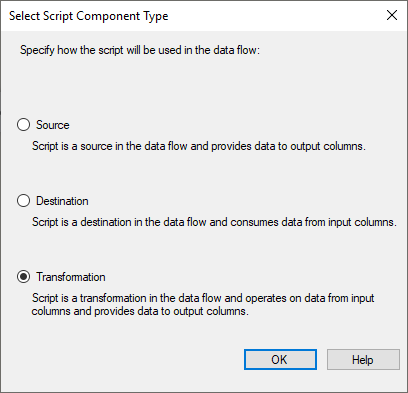 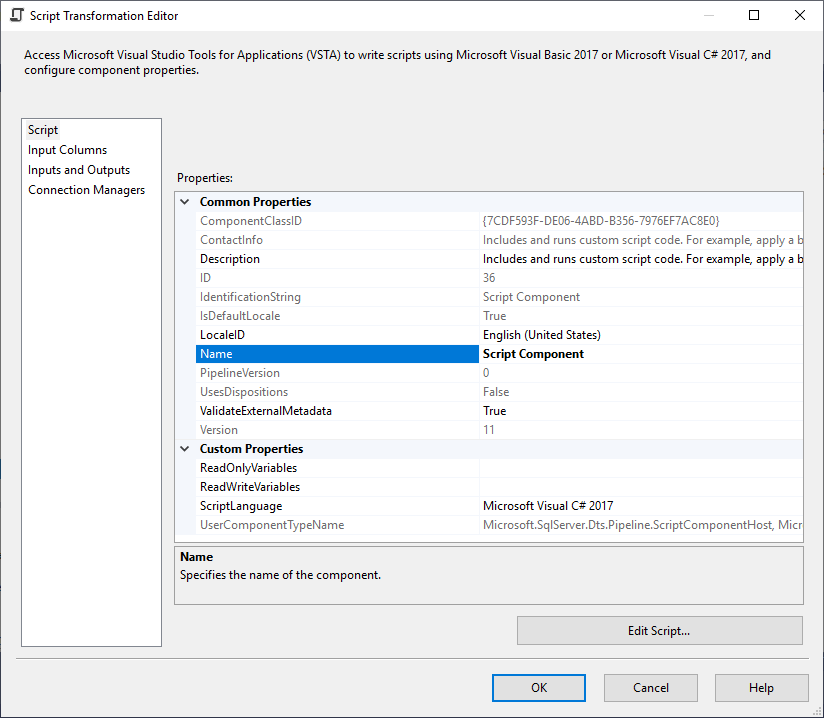 The first way to use a script component is as a source. This approach is useful when reading from a data source that doesn’t have its own source component (Flat File, Excel, OLE DB, etc.,) such as when reading JSON data from a Web API or reading an unstructured Flat File that can’t be handled using a Flat File Connection Manager.

Refer to the following links for more information and some examples:

Refer to the following links for additional information:

The third and most popular way to use a script component is for transformations. In this approach, the script component reads input values from the data flow and generates outputs. There are two types of outputs that can be generated:

In this section, we will briefly describe these two output types, and you can refer to the following link for more information: Understanding Synchronous and Asynchronous Transformations. 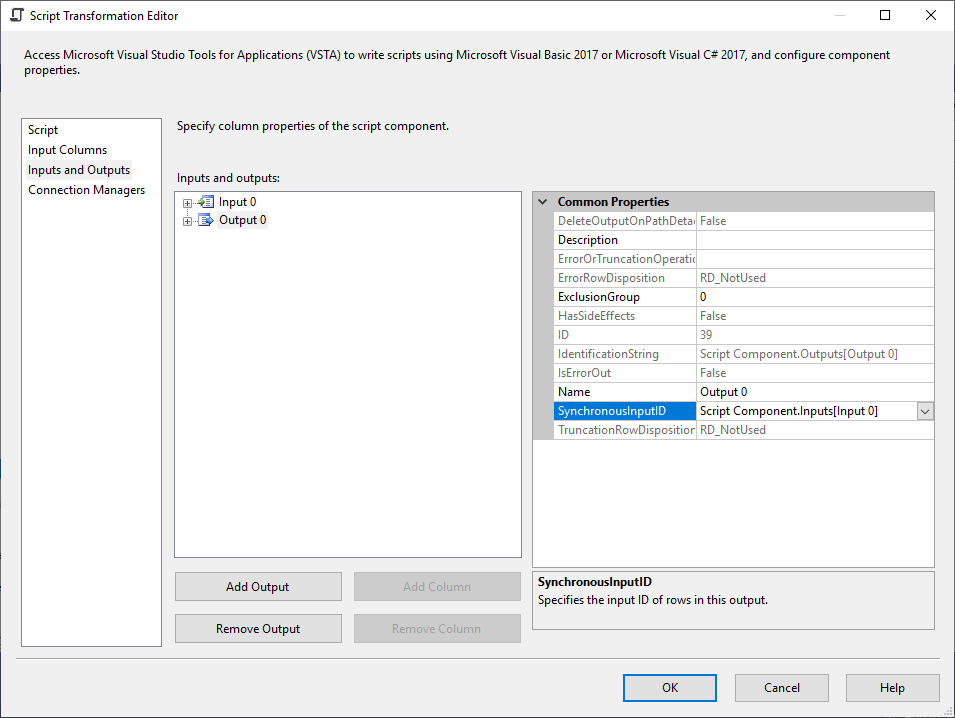 When performing a synchronous transformation, all input and output columns are accessed using the Row class. As an example:

For more information, refer to the following official documentation:

With this transformation type, each input row may have 0 or multiple output buffers. You can set the output type as asynchronous by setting the SynchronousInput property to None: 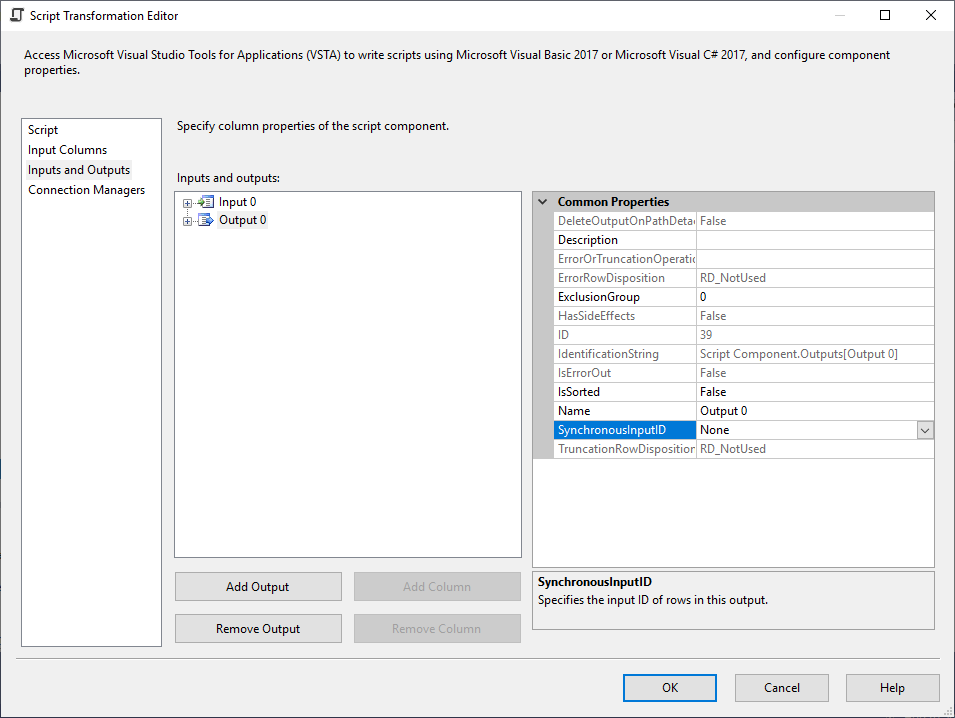 For more information, refer to the following official documentation:

From the Inputs and Outputs tab, you can add multiple output buffers, and you can configure each one as synchronous or asynchronous based on the logic you want to implement.

Also, the script component can use .NET Framework libraries and functions, as well as third-party assemblies, which is not possible in derived columns.

More details about the differences between the SSIS script component and derived columns are mentioned in the following article:

If you are new to SSIS, refer to the following link to learn more about SSIS Derived column transformation:

Exception has been thrown by the target of an invocation

One of the most common errors related to writing scripts in SSIS is that the Script component or Script Task has encountered an error at runtime but the exception message does not provide further information: “Exception has been thrown by the target of an invocation”.

This is a generic error message that is shown when a script fails. To retrieve the original error message, you have to implement a try/catch logic and use ComponentMetadata class to fire the real error message:

Additional information can be found on: SSIS – Script Task error: Exception has been thrown by the target of an invocation. (just note that in a script task, DTS namespace is used instead of ComponentMetadata).

In this article, we have provided an overview of the SSIS script component, and showed how it can be used within the data flow task. In addition, we briefly described the differences between Script and derived columns. Finally, we showed how to read the error messages thrown in runtime.