Power BI is a self-service business intelligence tool from Microsoft which has been steadily gaining momentum in the last couple of months. One of the well-known disadvantages of Power BI is that it is basically cloud only. A lot of companies are not yet at the point where they feel comfortable having their data in the cloud or are premise bound for some other reasons such as data-sensitivity, data-sovereignty or compliance.

In answer to this problem Microsoft has now created Power BI Report Server.

Power BI report server is a new component which comes as included in the licensing of SQL Server Enterprise Edition with SA or as a free extension of Power BI premium. It is not a replacement for SQL Server Reporting services as originally speculated.

Interestingly, if you do not have an on-premise SQL Server license but you purchased Power BI Premium and you want to run Power BI Report Service on-premise, you will have the right to run a server with the equivalent number of cores in your premium subscription for it.

The only thing to note is that it does not install SQL Server, so you need to install one or have access to one before commencing your configuration. As you can see in the image below it says “Install Database Engine”, which is actually just a reminder that you need one. 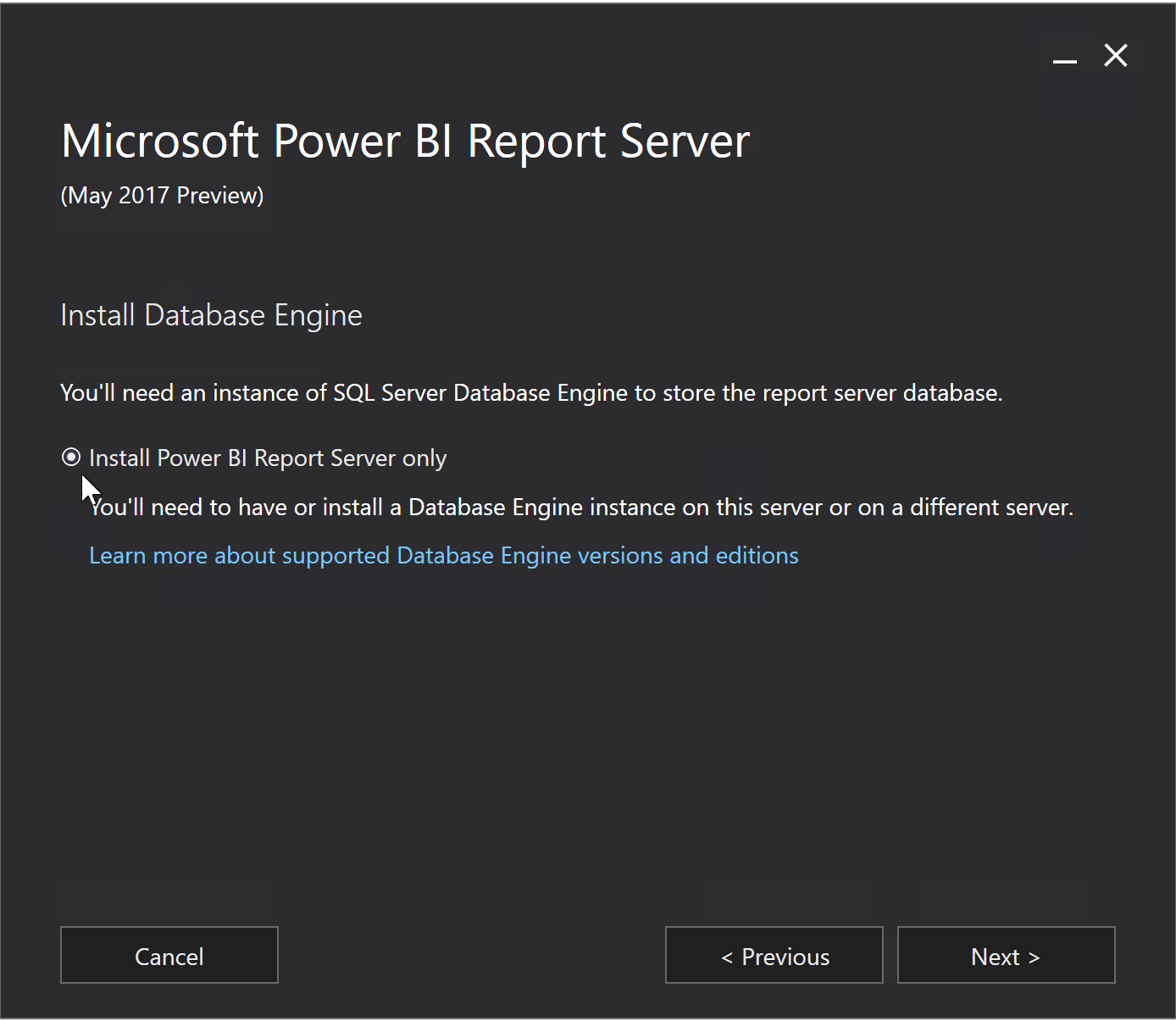 Once the Power BI Report Server is installed, you need to configure it. When you open Report Server Configuration Manager, you will get a distinct sense of Déjà vu, since it looks exactly like Reporting Services Configuration Manager except for one additional option at the bottom: Power BI Service (cloud), which allows you to specify a Power BI account to connect to the Power BI Service in the cloud. 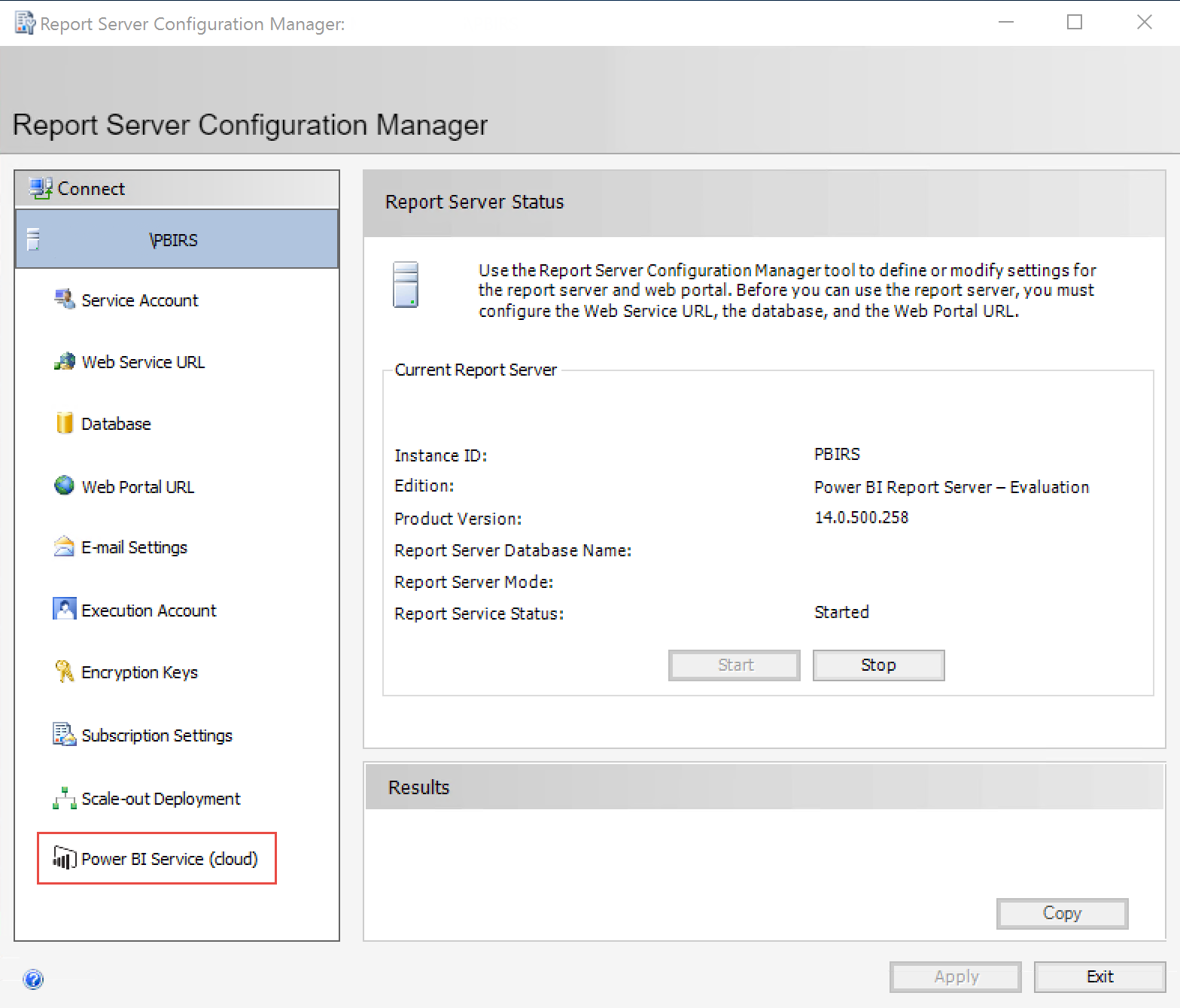 The advantage of being able to use Power BI reports is that you can create interactive reports. If you are familiar with Power BI, you will know that as a developer you can create datasets and allow your business users to create their own reports to change the visualizations and layouts to suit them without having to request that from development, saving everyone a ton of time.

Creating Power BI reports is where the catch comes in. Even if you are running everything on-premise and you are not using any Power BI in the cloud. You will still require a Power BI Pro license for each person who wants to author and publish reports.

The typical work flow would be: 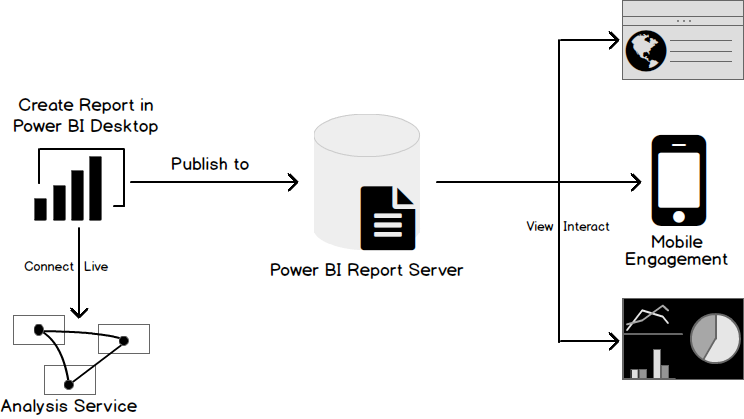 Important things to note here is the data is not imported into the Power BI Service as with typical Power BI reports. Instead the Report Server connects to Analysis Services (in this case on-premise) live, to ensure that the data stays safe within the boundary of the customer’s firewall.

When Power BI Report Server is released initially it will only be able to connect to SQL Server Analysis Services (SSAS). Both multi-dimensional and tabular models are supported.

If you try to deploy a report which is connected to Excel for example you will encounter the below error:

Even though deploying a report to Power BI Report Server is referred to as publishing, you won’t find Report Server under the Publish Menu.

You have to Save As… to save the report to the Report Server. 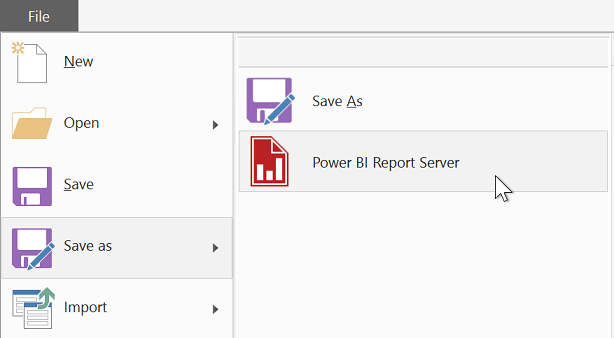 You can migrate existing reports from your SQL Server Reporting Services to Power BI Report Server with minimal effort for native mode at least:

If you are using SharePoint mode there is a script you can use which can be downloaded here.

To be able to install Power BI Report Server, you need at least:

In terms of licensing, as long as you have an active SQL Server license with Software Assurance, you are goo to go. Alternatively, you need Power BI Premium.

Unlike SQL Server which only gets updated with Service Packs and new versions. Power BI Report Server will get updated 3 times a year and have additional security patched in between if that should be required. This is known as the Modern Life Cycle Policy. 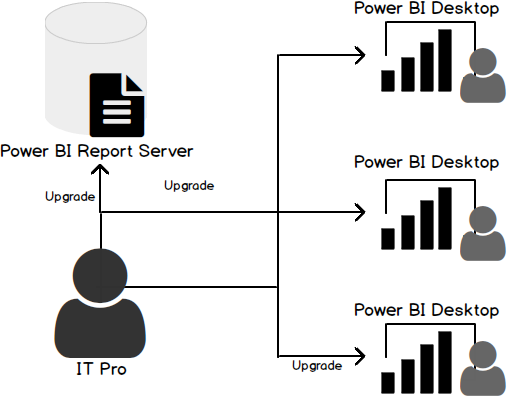 If you are looking for more interactivity than what your typical SSRS paginated reports can provide, and you are not yet ready to go to the cloud; then Power BI Report Server is probably the right solution for you.