Since SSAS is an analytical tool, we are looking at how to perform multiple language analysis in SQL Server Analysis Services so that OLAP cube can be used across different nationals. Multi-language can be applied in two ways, one is using data values and the other involves attribute names.

Typically, we are analyzing data through dimension attributes in order to perform descriptive and diagnostic analysis. Let us look at the sample database, AdventureworksDW database which we have been using in many examples. Let us look at the DimProduct dimension. You will see there are two sets of columns as shown below.

As shown in the above figure, the Product name is included for English, Spanish and French. You can see that Production Description is extended for different languages such as English, French, Chinese, Arabic, Hebrew, Thai, German, Japanese and Turkish. 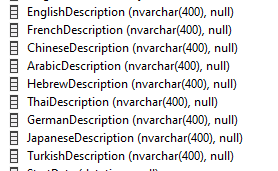 Similar to the DimProduct dimension, we can see that the multiple languages are included for the DimCustomer dimension as well.

Let us add two columns called SinhalaEducation, SinhalaOccupation to the Dimcustomer in order to extend to the multi-language support for SSAS using the following script.

Now new data is updated and it is ready for the newly added language. Let’s see how these columns are used to enhance Multi Language support for SSAS. As previously discussed in an article, OLAP Cubes in SQL Server, let us create SSAS OLAP Cube and we will select the following tables from the adventureworksdw database. 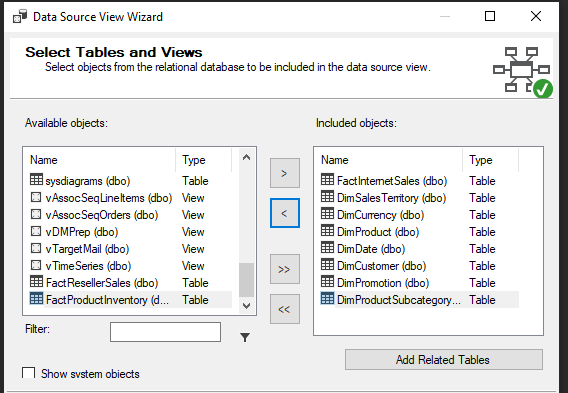 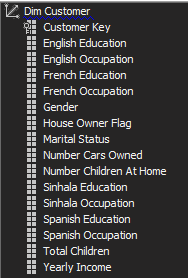 We have selected attributes that are language-related and other attributes as shown in the above customer Dimension. Let us build the cube and see how we can analyze the data from a pivot table. 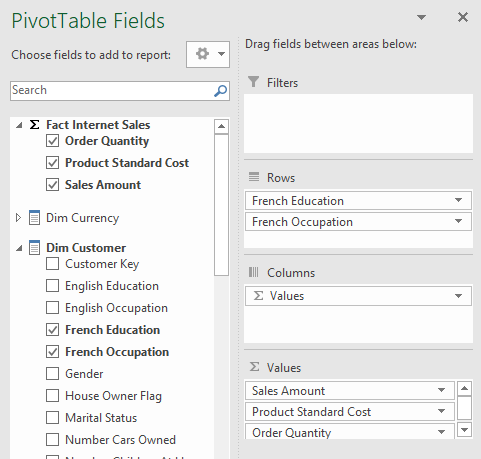 As you can see in the above pivot table, you have the option to select the needed attribute depending on the language you need. 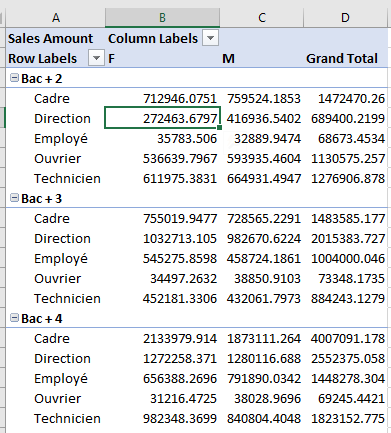 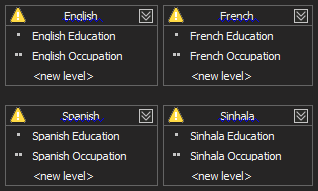 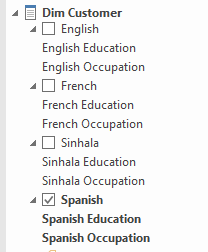 If you look at the above option, you will see that the language change only applied to the data. Then the obvious question is what about the names of the Measures and attribute names, for example, measures names like Sales Amount, Product Cost, Quantity should be in the relevant language if you are extending the Multi-language support for SSAS.

In the OLAP cube, there is an option called Translation that can be used to further extend the Multi-language support for SSAS. In Translation, you can choose the needed language as shown in the following figure. 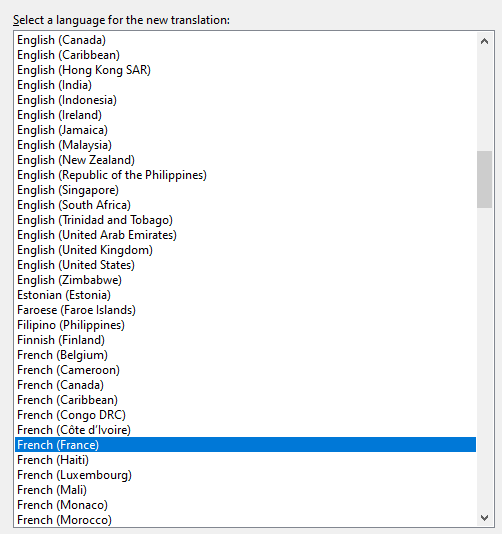 First, you can add the French language to the cube as shown below. 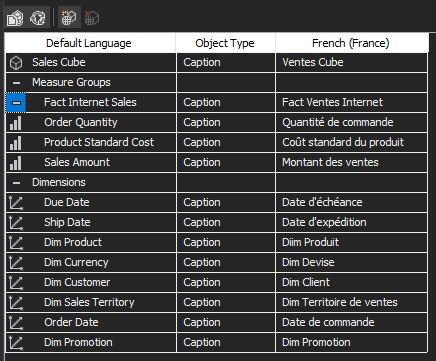 Similarly, we can extend the Multi-language support for SSAS for the Dimension attributes by selecting the translation option in the relevant dimension. Let’s see how we can do this for attributes of the Customer Dimension. 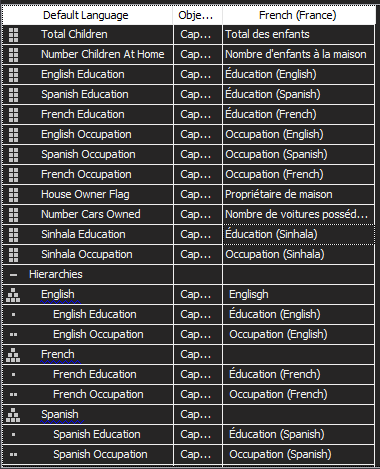 After importing data from using external data source using the SQL Server Analysis service, it will display the data in the default language in Excel. You need to change the connection properties in Excel and need to include the relevant language as shown in the below figure. 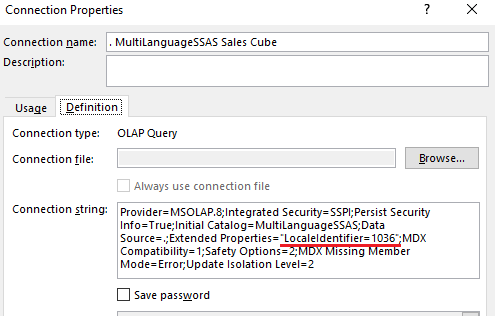 Please remember that there should not be a space between LocaleIdentifier. In the given example, 1036 is used which is the language code for the French. You can find the relevant code for the different languages in the link given in the references section. After specifying the language code, you just need to refresh the pivot table. Now, you will see the pivot table in the French language as shown in the below figure. 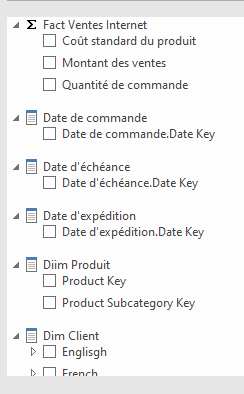 When you choose the measures and dimension attributes, you will see that data as well as the attributes in French as shown in the below figure.

Multi-language support for SSAS can be extended to multiple languages in OLAP Cube. You can configure the OLAP cube for multiple translations. However, excel is supported for one translation at a time. Therefore, you need to change the language code when required.

We looked at extending the multi-language support for SSAS in this article. We identified that there are two configurations that need to be done in order to extend the multi-language support for SSAS. First, we need to look at including the values which can be achieved by adding an attribute to the dimension and update them with the relevant language. We can use the hierarchies and perspectives, in order to receive better analytics features. To incorporate multiple languages into the attribute names, we have the option of using the Translation feature in SSAS.