In this article, we are looking at T-SQL commands of GROUP BY ROLLUP to aggregate data and improve the data analytical capabilities in SQL Server.

First, let us see what is the sample dataset that we are going to use. We will be using vTargetMail view and DimGeograohy table in the AdventureWorksDW sample database.

Let us look at the sample dataset from the following query.

In this dataset, we have the Region Name, Province and City as label columns and YearlyIncome as the measure column as you can see from the following figure. 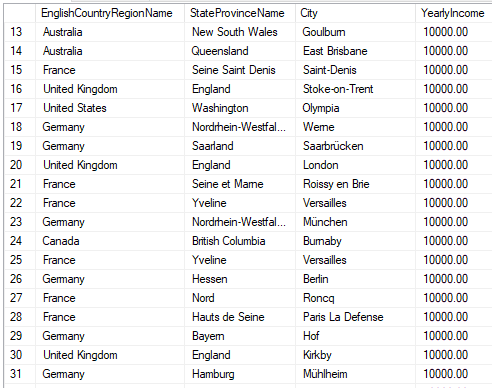 GROUP BY is a very common aggregation function that is used simple aggregate data for the provided columns. For example, if we wish to aggregate the above dataset by Region Name, Province and City, you can use the GROUP BY clause as follows.

Following will be the output for the above query. 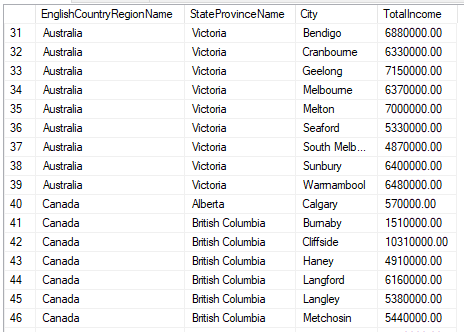 You will see that data is aggregated for the columns provided by the GROUP BY clause. Important to note that the data will not be ordered in the GROUP BY columns and you need to explicitly order them by using the ORDER BY clause as shown in the above query.

In the above query, if you wish to find the total for Australia only, you need to run another GROUP BY with EnglishCountryRegionName and perform a UNION ALL. This will be a very ugly method. By using GROUP BY ROLLUP you can achieve the above-said task as shown in the following query.

The output of the above query has two advantages that did not exist in the GROUP BY option. 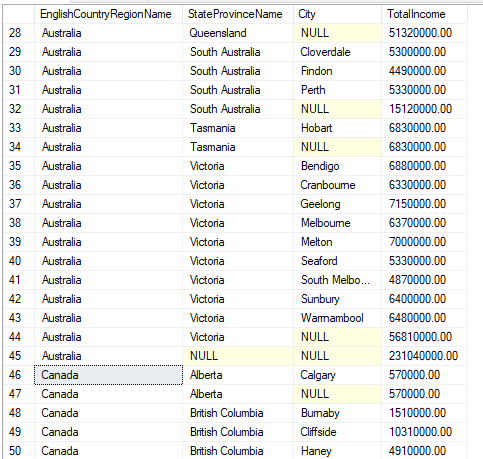 Apart from simple aggregation, there are a few features available with GROUP BY ROLLUP.

By using the GROUPING function, you can find out what columns are used for aggregation.

Apart from the GROUPING function, we have used the ISNULL function in order to replace NULL values to ALL. 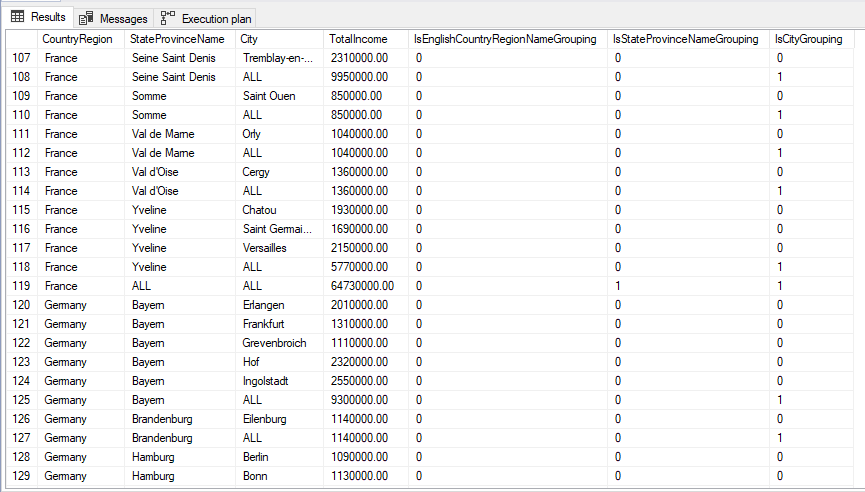 In Row 108, the City value is replaced by ALL values in the isCityGrouping column is shown as 1 to indicated that the City column is aggregated.

You can use the GROUPING function at the HAVING clause in GROUP BY ROLLUP as shown in the below query.

The above query will provide you with only the aggregated columns and standard GROUP BY values are ignored. 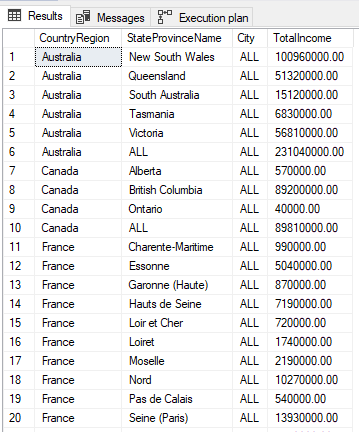 In case there are NULL values in the original values there will be issues with the ISNULL function. Therefore, the different techniques should be used, and the following query has used CASE and ISNULL functions together to achieve this.

Let us combining CUBE and GROUPING functions as shown in the below query.

The result of the above query is shown below. 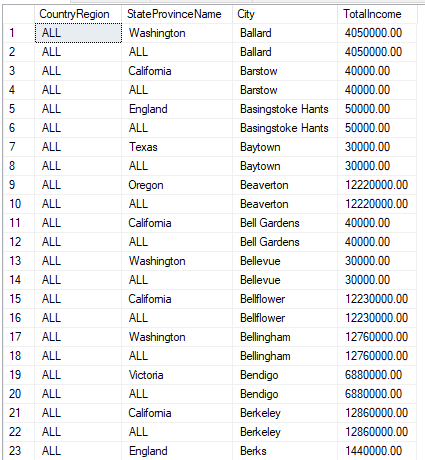 Aggregation is used to analyze data in the analytical system. Traditionally, GROUP BY is used to aggregate data. However, ROLLUP, CUBE and GROUPING SETS are used to return different aggregate values. ROLLUP will provide the aggregation in the provided order of the columns while CUBE will provide different combinations of the provided columns and GROUPING SETS has the option of aggregation in a customized manner. By using the GROUPING function, more options for the above features can be derived.