This article talks about the table distribution styles supported in Azure Synapse and how to use them for creating distributed tables.

In a traditional Online Transaction Processing (OLTP) approach, data is accumulated into a variety of database objects in a transactional database. The primary database object that hosts data physically is usually a table in a database. As the data volume, as well as data consumption needs grow, there is an increasing need for resources that can cater to the performance needs. The first approach to the increasing needs of performance is scaling up by increasing the hardware capacity available to the database server. A scale-up approach is usually a costly approach after a certain extent as one reaches the limit of scaling up hardware. Also, the risk of a single server failure can be catastrophic as the data hosted on a single instance may get lost or corrupted.

Data warehouses host much larger volumes of data compared to transactional databases, the volume of reads is much more compared to writes and queries tend to result in much larger result sets compared to queries that retrieve scalar values or paginated record sets from transactional databases. Due to this nature of data warehouses, there is a higher impetus on the server to perform faster. Modern data warehouses like AWS Redshift, Azure Synapse, Snowflake and others employ approaches like data sharding where data is distributed horizontally on multiple nodes which process data in parallel. This approach is highly scalable as nodes can be easily added to a data cluster as the storage and performance need increases. One key aspect that is different for tables hosted on such data warehouses is that tables are distributed horizontally using different distribution algorithms, so that all the nodes in an Azure Synapse cluster have an equal share of responsibility for hosting, processing, and delivering data for any given query to maximize performance.

In this article, we will learn about the table distribution styles supported in an Azure Synapse and how to use them for creating distributed tables. 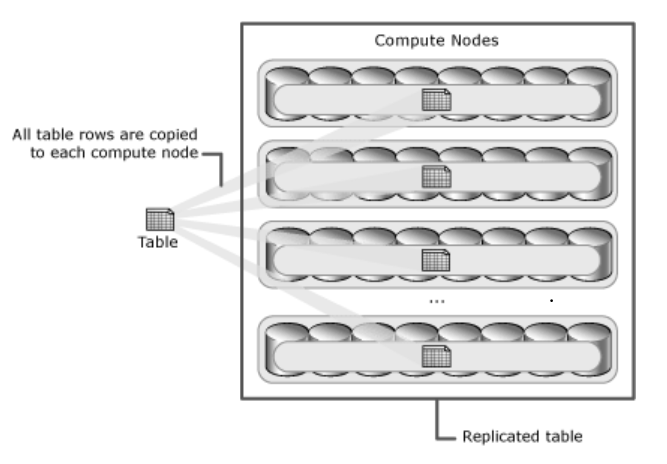 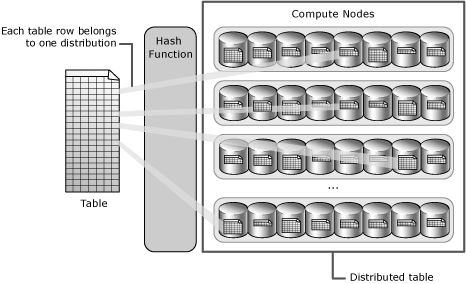 Let’s say that our use-case is that we have more frequent data loads compared to data reads i.e., data consumption. Or let’s say that we do not have a field in our table that can be used to evenly distribute data, then the alternative distribution style for data distribution in Azure Synapse is round-robin distribution. In this style of distribution, data is guaranteed to be distributed evenly across all the compute nodes hosting the data. The aspect to keep in view here is that identical values may get stored on different nodes as well, as here we are not using any field for sharding or distributing data. Round-robin is the default distribution style. One easy way to determine whether to use this distribution style is if you do not have a joining key in your table that is going to be used with other tables to form a resultset, then generally you are good to go with the round-robin style. 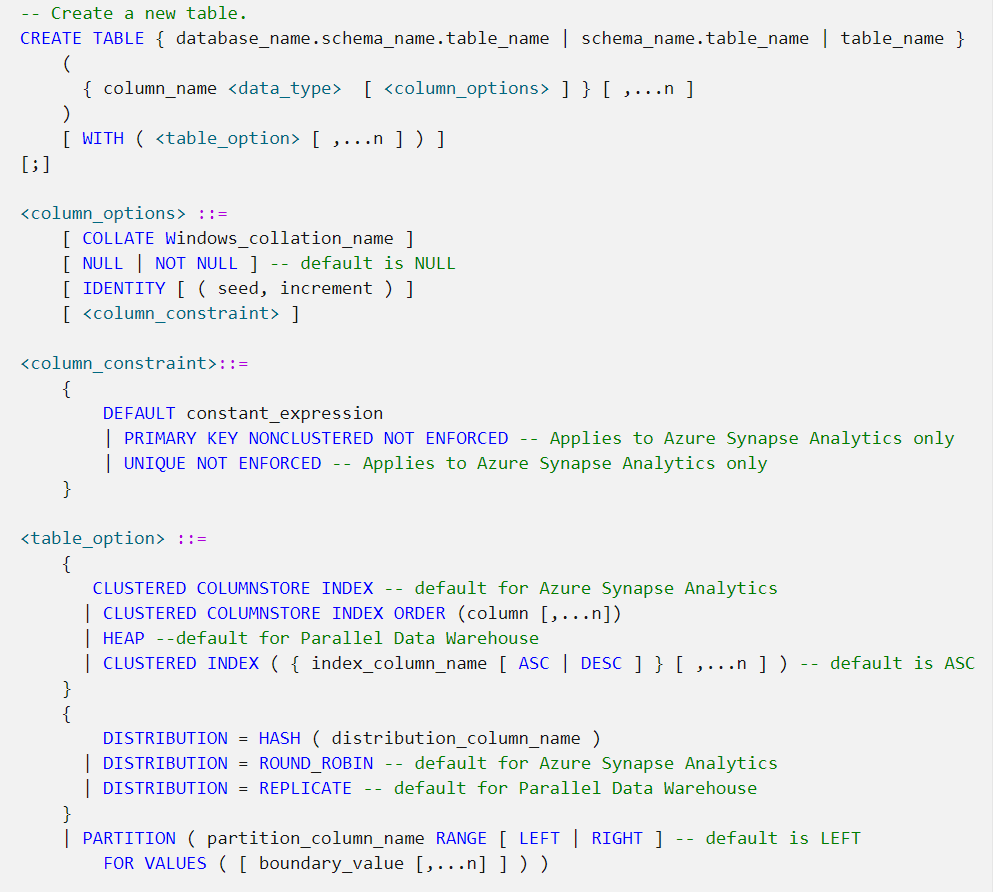