Recently, we have received a strange request from our customer. They want us to set up a schedule a backup job that generates a backup of SQL database, compress the backup file in multiple compressed archive files (WinRAR files.) We tried to explain to the customer that the SQL Server native backups are capable of compressing the backup file, and it can split a large and compressed backup into multiple backup files. But they insisted us to use the WinRAR software to compress and split the backup.

The IT team of the company has set up the network drive to save the backup file. To accomplish the task, we had taken the following approach:

For the demonstration, I have installed WinRAR software from here, restored a SQL database named AdventureWorks2017 on my workstation. 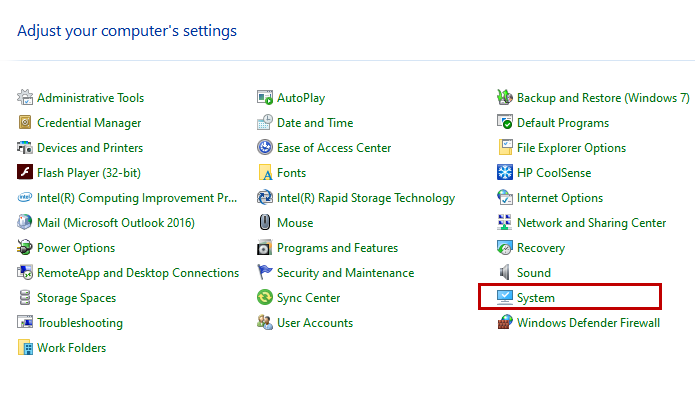 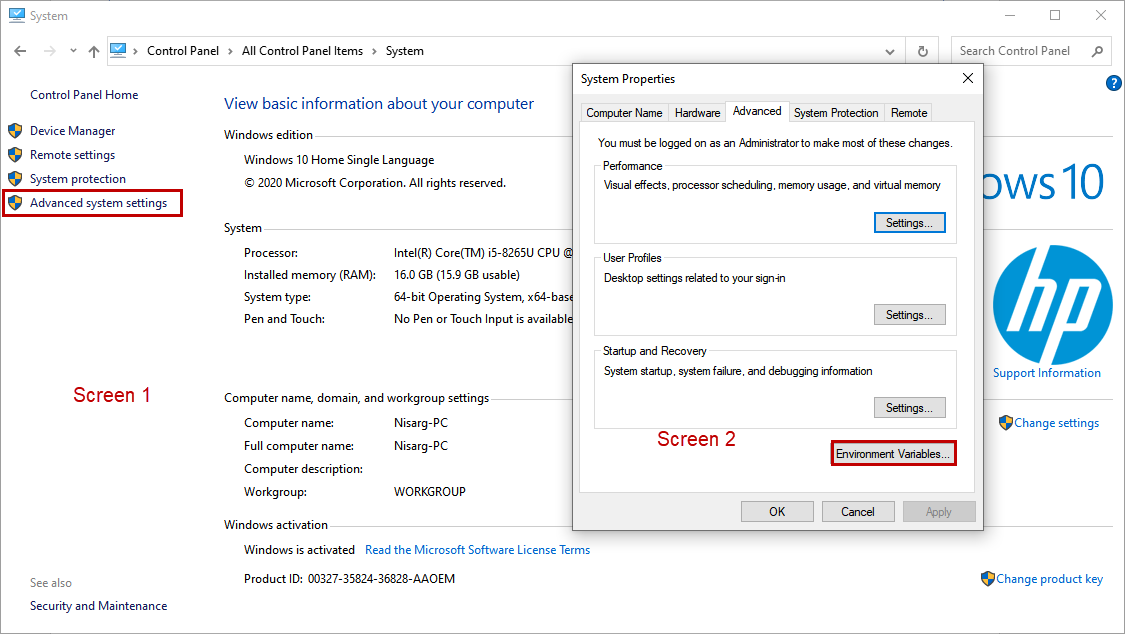 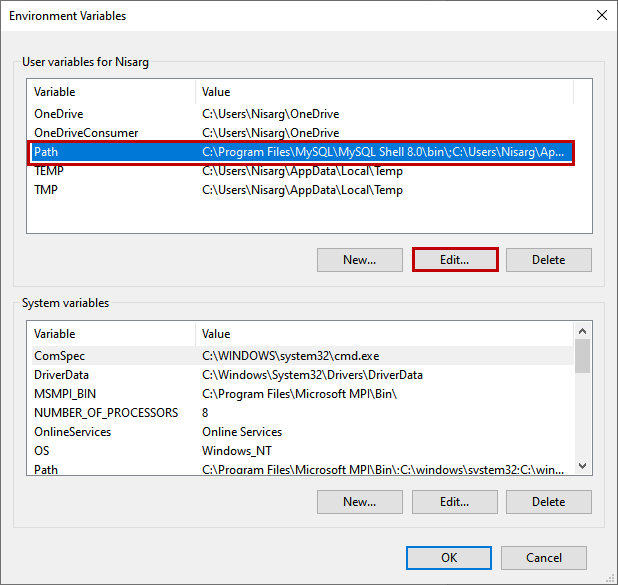 A dialog box named Edit environment variable opens. On the dialog box, click on New and add the location of the Winrar.exe file. Click on OK to close the Environment Variables dialog box. See the following image:

Create a store procedure to generate the backup

Below is the Create Procedure statement with input variables:

In the stored procedure, first section is variable declaration. The code is following:

Description of the variables:

Another section is the code block. Its code generates the two dynamic T-SQL queries. The first query is used to generate the backup, and it is stored in the @BackupSQL variable. Following is the code of the first query:

The second query generates the dynamic query that is used to form a Winrar command, and it is stored in @WinrarCommand variable. Following is the code of the second query:

The entire code of the stored procedure is the following. Execute it in the DBA database.

Based on the input variable, the stored procedure generated the backup of the SQL Database on the location specified in the SP. Following is the screenshot: 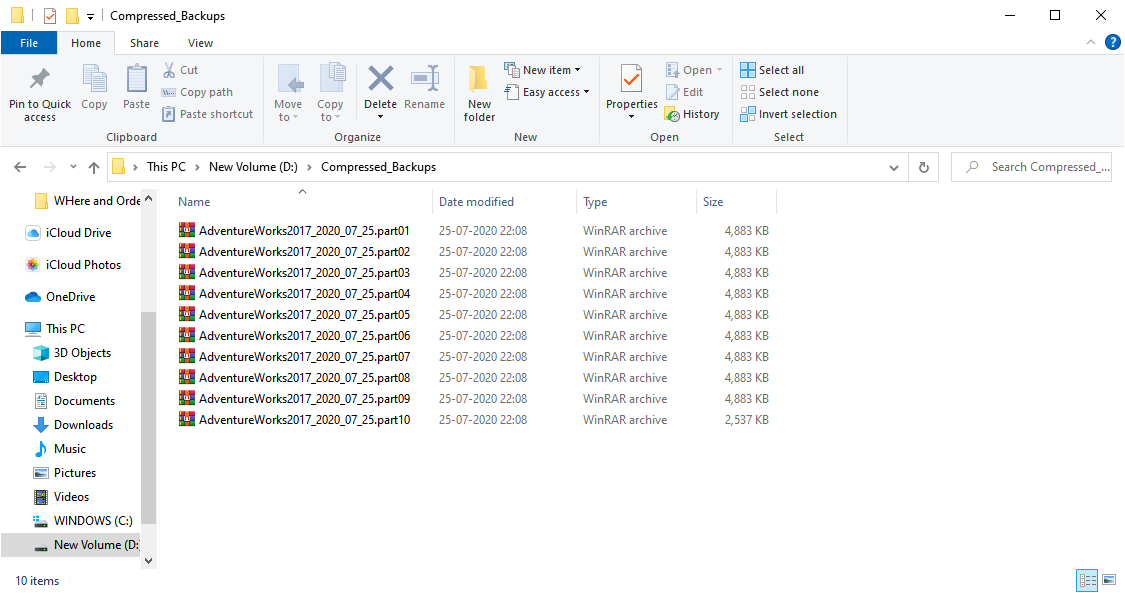 In this article, we learned how the backups of the SQL Database could be compressed and split by using WinRAR software.