In this article, we are going to learn about the various DAX functions that are available for the summarization and aggregation of data. DAX, abbreviated as Data Analysis Expressions, is developed by Microsoft as a scripting language to interact with the Microsoft Business Intelligence stack, such as Power BI, SSAS Tabular, Power Pivot, etc. If you have prior experience working with Microsoft Excel, learning DAX Functions will not be too much of a hassle for you. One of the most popular tools in the BI market that uses DAX Functions is Power BI. Power BI can be used without using DAX, however, using DAX Functions in Power BI helps us to build powerful data models which also helps in performance optimization.

In this article, we are going to understand the basic usages of the summarization in DAX functions:

Open Power BI Desktop and click on Get Data. Select SQL Server from the dropdown menu and provide the server details and click OK.

From the list of databases, select WideWorldImportersDW and then select the tables that you would want to import. For this demonstration, I am only fetching the following six tables to the Power BI Data Model. Click Load once done.

Once all the tables are loaded into Power BI, you can see them on the right pane. 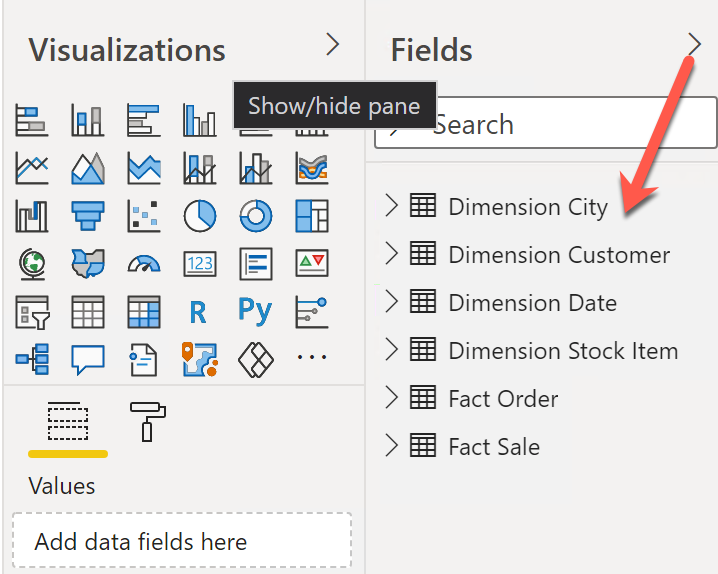 Once all the tables are fetched into the Power BI Data Model, the relationships will be established automatically. You can still view the relationships between the different tables by navigating to the Model tab on the pane on the left. 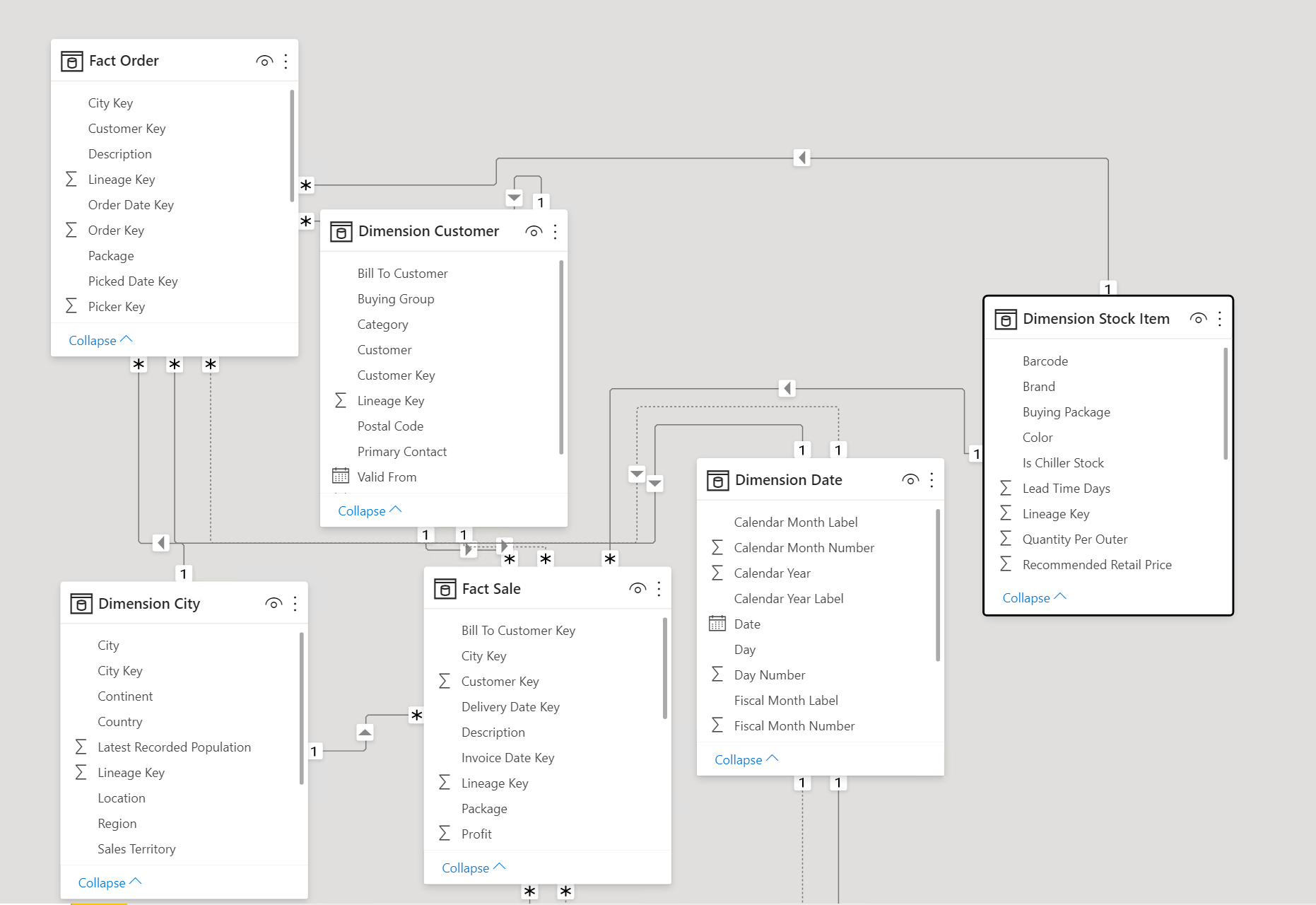 Figure 3 – The relationships in the Power BI Data Model

As you can see in the figure above, the relationships between the tables that we have imported in the previous step have been automatically established. This means that we are good to start building our visuals or enhancing the data model now.

Head over to the Power BI Desktop and select the Table visual type. Bring in the following columns to the Values pane and build the visual as follows. 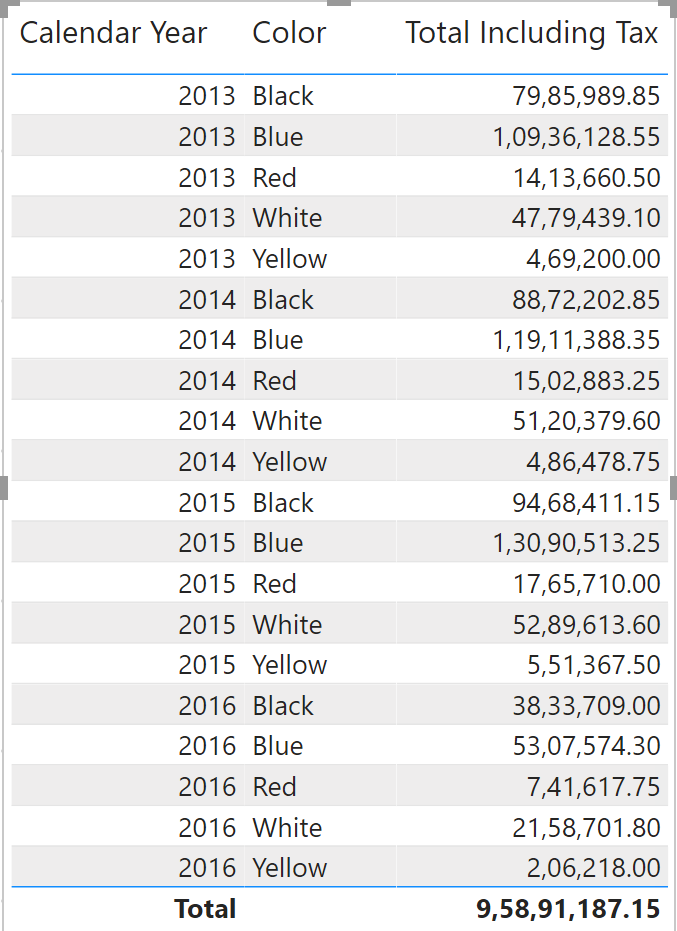 In this table, we have the Total Sales (Including Tax) grouped by Year and Color. This table is built from the base data model i.e. the raw underlying data. Since this is a sample database, the actual number of rows in the data model is quite less. However, when in an actual production scenario, where the number of records in the Fact table will be more than 3-4 million, in that cases, Power BI will start facing performance issues as it has to perform the aggregation again and again on the raw data to build up this visual. To tackle this, we can build up pre-aggregated or summarized tables in the Power BI data model that can be consumed by other visuals within the report.

As per the official documentation from Microsoft, the syntax for the SUMMARIZE function is stated as follows.

Let us understand the details of each of the parameters in the SUMMARIZE function.

Let us see this in action now. Navigate to the Power BI Desktop and click on New Table under Modeling. A new DAX pane will appear where you can write the following DAX code.

As you can see in the figure above, we have created a new table with the name “Summary_Table_SUMMARIZE” that will contain the three columns. We can create a matric visual from the data of this visual as follows.

The syntax for the SUMMARIZECOLUMNS function is a bit different from the SUMMARIZE function. It can be used as follows.

The parameters used in the SUMMARIZECOLUMNS functions are as follows:

Likewise, let us head over to Power BI Desktop again and try to build a new table, but using the SUMMARIZECOLUMNS function this time. In this function, we will also use a filter context to demonstrate how to create summarizations with filtered data in DAX. In the DAX pane, write the following formula to create the summarized table with a filter.

As you can see in the figure above, we have added a filter on the Calendar Year column. This is done by using the FILTER() function. This will return the summarized table with only data from the specified year in the filter. A simple visual can be built from the columns of this table as follows. 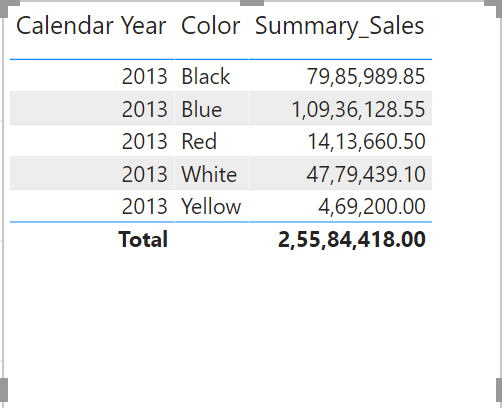 To learn more about DAX, you can follow the official guide from Microsoft. Alternatively, you can also follow the DAX.guide.