I’ve always been in favor of an orthodox strategy when it comes to applying SQL Server updates which often goes like:

However, I was recently involved in a project whereby I needed to upgrade a client’s SQL Server 2008 based MIS environment to SQL Server 2016. The MIS environment consisted of your typical Microsoft BI stack services. This was going to be a side-by-side upgrade which meant we were to set up the SQL Server 2016 MIS version on a new box without interfering with the then SQL Server 2008-based MIS production environment. It just so happens that days prior to the start of our project, SQL Server 2016 Service Pack 2 (SP2) was released and in the interest of time and the client trying to avoid having to bring in consultants again at a later time for applying SP2, it was decided that we should roll out SP2 as part of our project delivery. As you might have guessed it and as self-fulfilling prophecies go, the installation of SQL Server 2016 Service Pack 2 did not yield positive results. This is because soon after the installation, our Integration Services Catalog packages that executed Analysis Services Processing Tasks started returning the following error message:

In this article, I will demonstrate the effects of SQL Server 2016 Service Pack 2 on an environment that relies on SSIS to process SSAS cubes. I also present you with different options that you could utilize to resolve some of the issues that come about as a result of installing SP2. 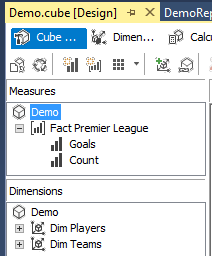 The cube solution shown is processed using a SSIS package shown in Figure 2. 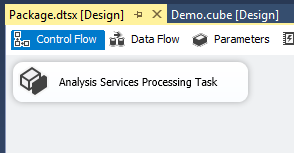 This package is then deployed as a project into the Integration Services Catalog as shown in Figure 3. 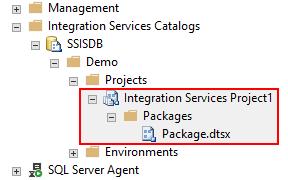 In addition to the SSAS and SSIS solutions, I have also created several snapshots of the VirtualBox virtual machine that I will be using as part of the demo. As shown in Figure 4, I have broken my snapshots according to type of updates that I have applied to my SQL Server 2016 instance.

In the SQL Server 2016 snapshots running both RTM and SP1, I’m able to successfully execute my SSIS package directly from the Integration Services Catalog without any failures as shown in Figures 6.

Unfortunately, once we upgrade our SQL Server 2016 instance from Service Pack 1 to Service Pack 2, the execution of my sample SSIS package from the Integration Services Catalog starts running into errors.

The details of the errors are outlined in Figure 8.

The options for resolving the missing Microsoft.AnalysisServices.AdomdClientUI.dll assembly error ranges from simple to complex.