The dependency of a SQL Server database on the server-level resources could cause problems especially when you manage to copy, move or restore a database to another SQL instance, where the entities that are external to the database, such as the logins, are not there. So you must define these logins on the new instance, otherwise, the mapping will be broken and these users will not be able to connect to the database, and these database users will be considered orphaned users.

In SQL Server 2012, Microsoft introduced a new concept that defined the database borders, which includes the database settings and metadata, this concept is called Boundaries. Specifying the boundaries make it easy to isolate the database from the external server-level dependencies, including the logins. This isolation feature is called Containment.

To support SQL Server contained databases, ALTER DATABASE and CREATE DATABASE statements are modified in SQL Server 2012 to include the CONTAINMENT argument to change the database containment status between None and Partial containments. Also, the ALTER DATABASE statement includes the CURRENT argument in order to make changes on the current database directly without specifying the database name.

Enabling the SQL Server containment feature at the server level, you can create a database or ALTER the current database to be able to store its settings and metadata by itself, and create database users without the need to create server logins and map it to that database users.

Enabling database containment will allow each database owner to manage his/her own database, without having sysadmin permissions at the server level, as the contained database settings are maintained in the database itself, not the master system database.

The below simple query is used to show uncontained entities within the SQLShackDemo contained database:

You can also enable containment using SQL Server Management Studio from the Advanced page of the Server Properties window, by setting the Enable Contained Databases option to True as follows: 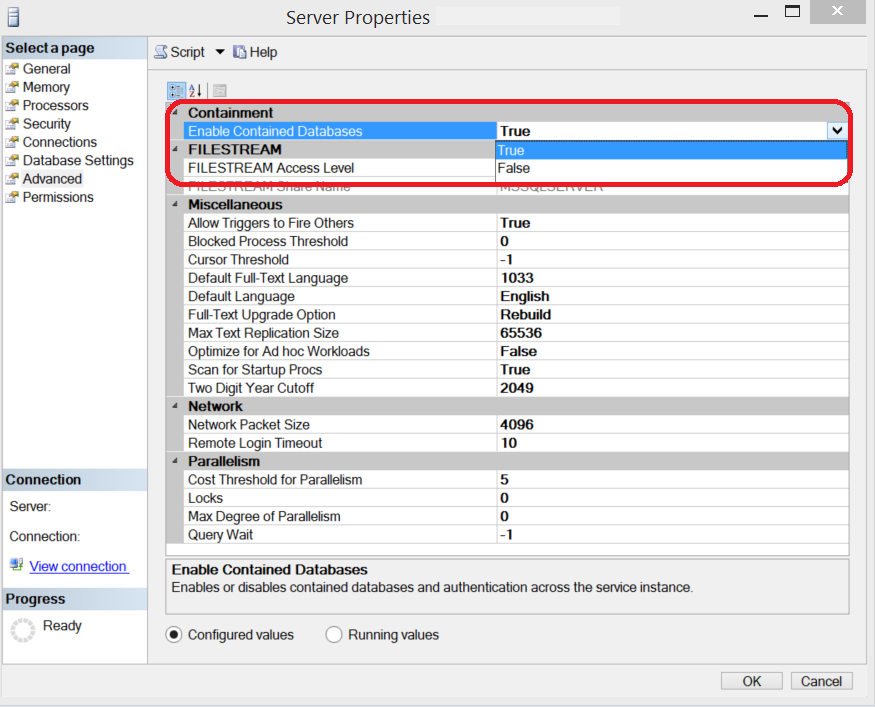 Once the containment feature is enabled at the SQL instance level, we can enable it at the database level. What is required here is to change the database containment option from None to Partial. You can perform this operation using the ALTER DATABASE T-SQL statement below:

Again, you can perform the same process using SQL Server Management Studio from the Options page of the Database Properties window by setting the Containment type to Partial as follows: 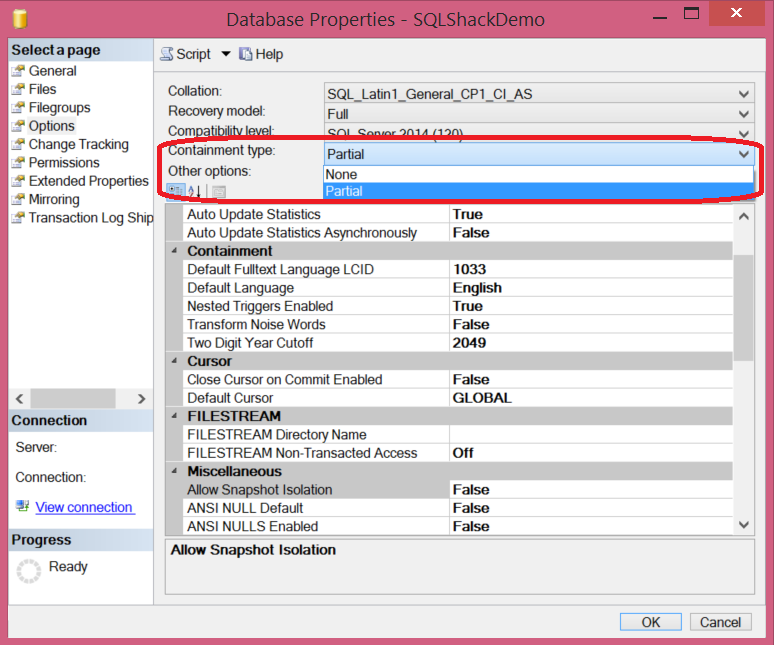 Now the SQLShackDemo is configured as a partially contained database. To have a full demo, we will create a SQL authentication contained user, which is created at the database level without mapping it to a server login. The user can be created using the Create User T-SQL statement as below: 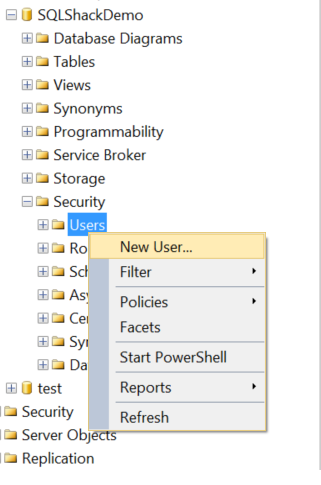 From the Database User – New page, simply fill the user name and the password fields and grant the user the required permissions from the Membership tab then click OK. 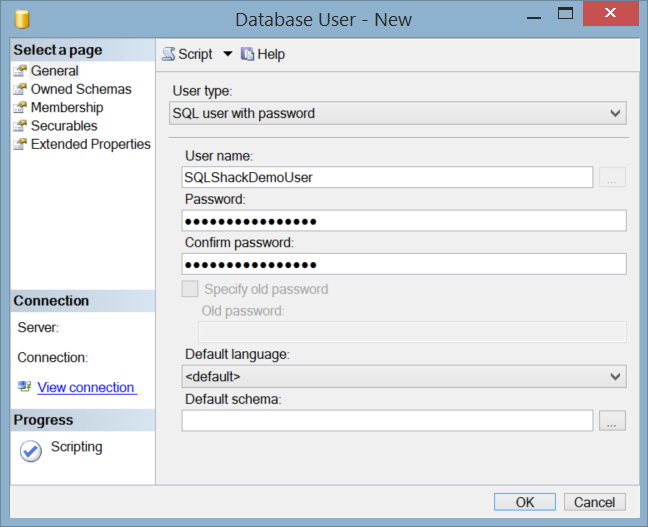 To check that this user is a contained user and has no mapped server login, we can query the sys.server_principals and the sys.database_principals system tables for that user as below:

It is clear from the following result that the user is only created at the database level without mapping it to a login at the server level: 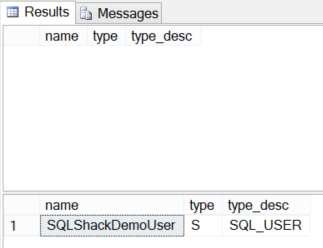 Another useful option is to change the already created SQL authentication or Windows authentication users to be contained database users using the sp_migrate_user_to_contained stored procedure, with the ability to change the user’s name and disable or keep the mapped login at the server level as follows:

If you try to connect to the SQL instance using the contained user created previously you will get the Login failed error below: 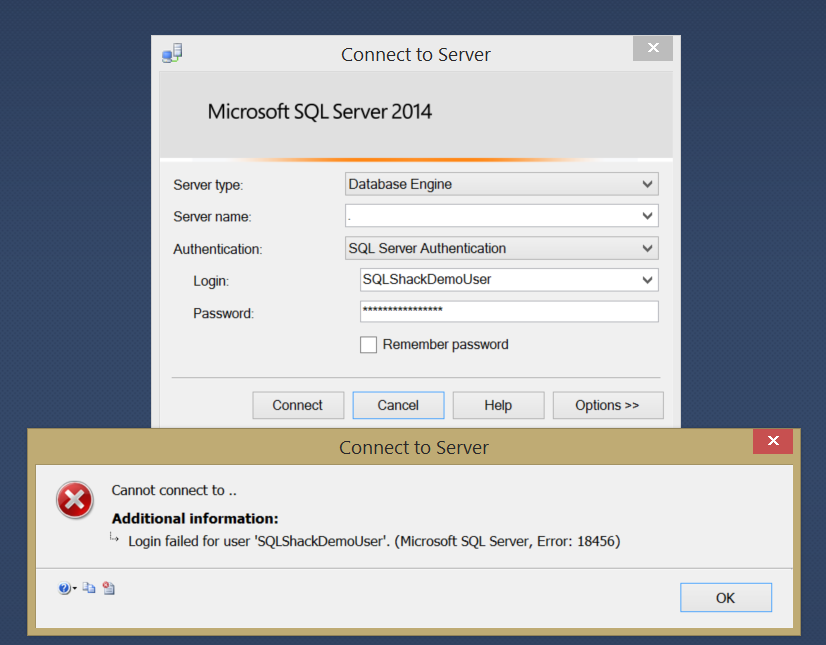 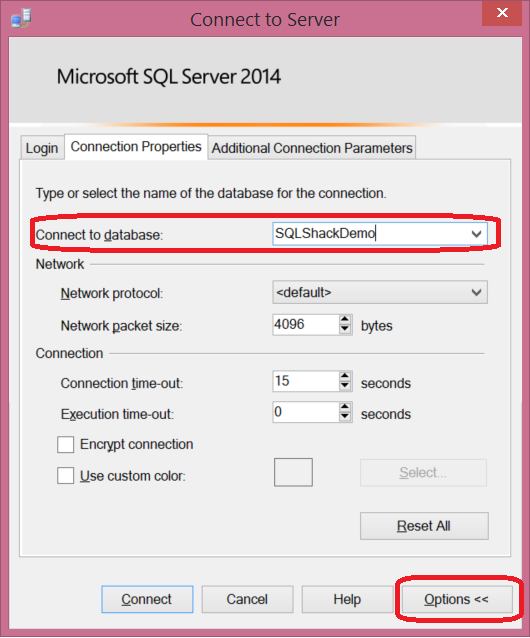 Another way to achieve this, by specifying the contained database name as Initial Catalog in the Additional Connection Parameters page in the Connect to Server window as follows: 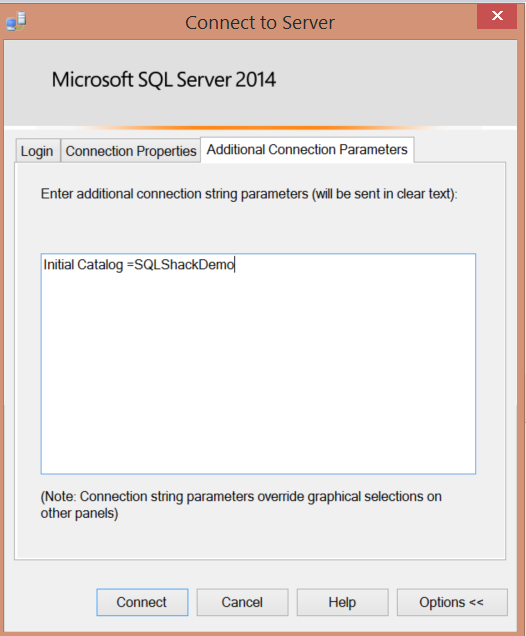 Click on the Connect button after specifying the database name, the user will connect to the SQL instance successfully and will be able to browse the SQLShackDemo database only as below:

If that contained user try to access any entities outside the SQLShackDemo database boundaries, he will not be able to access, getting the permission error below: