What is a Window Function?

Let us now prepare our dataset to understand the MySQL window functions in more detail. You can use the following script to create the table in a MySQL database and then insert the data as well: https://gist.github.com/aveek22/7a895dd2dd2bf7eb89d9cd6b94e25fa8

Let us explore these functions in detail now.

The SUM window function calculates the total of a numeric column in a given window. This returns a scalar value if there are no columns to be grouped by. In case, we need to find the totals for each group, we can use a GROUP BY clause to get the totals for each row. 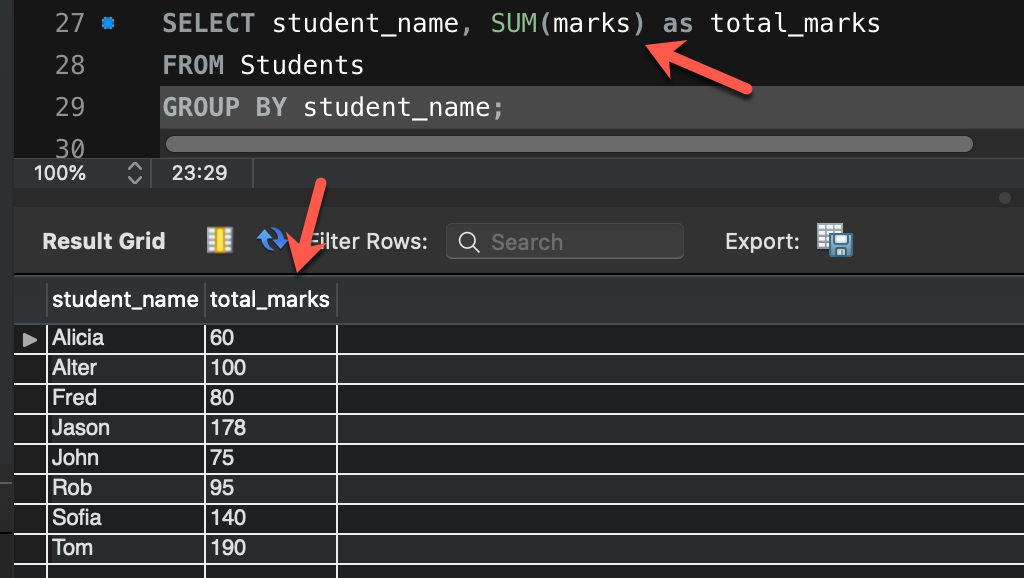 The AVG window function is used to find the average values of a numeric column. It works in the same manner as that of the SUM function, except that it returns the average.

Figure 3 – Average marks for each student

The MIN and the MAX window functions are used to calculate the minimum and the maximum values within a window. If there is only a single row within the window, then it will return the value only from that row specifically.

As you can see in the figure above, the students, Jason and Tom have two subjects each and hence the minimum and the maximum are calculated separately for them.

This is one of the most simple analytical window functions in MySQL. This function simply assigns an incremental row number to each of the records present in the table or within the selected window of records. 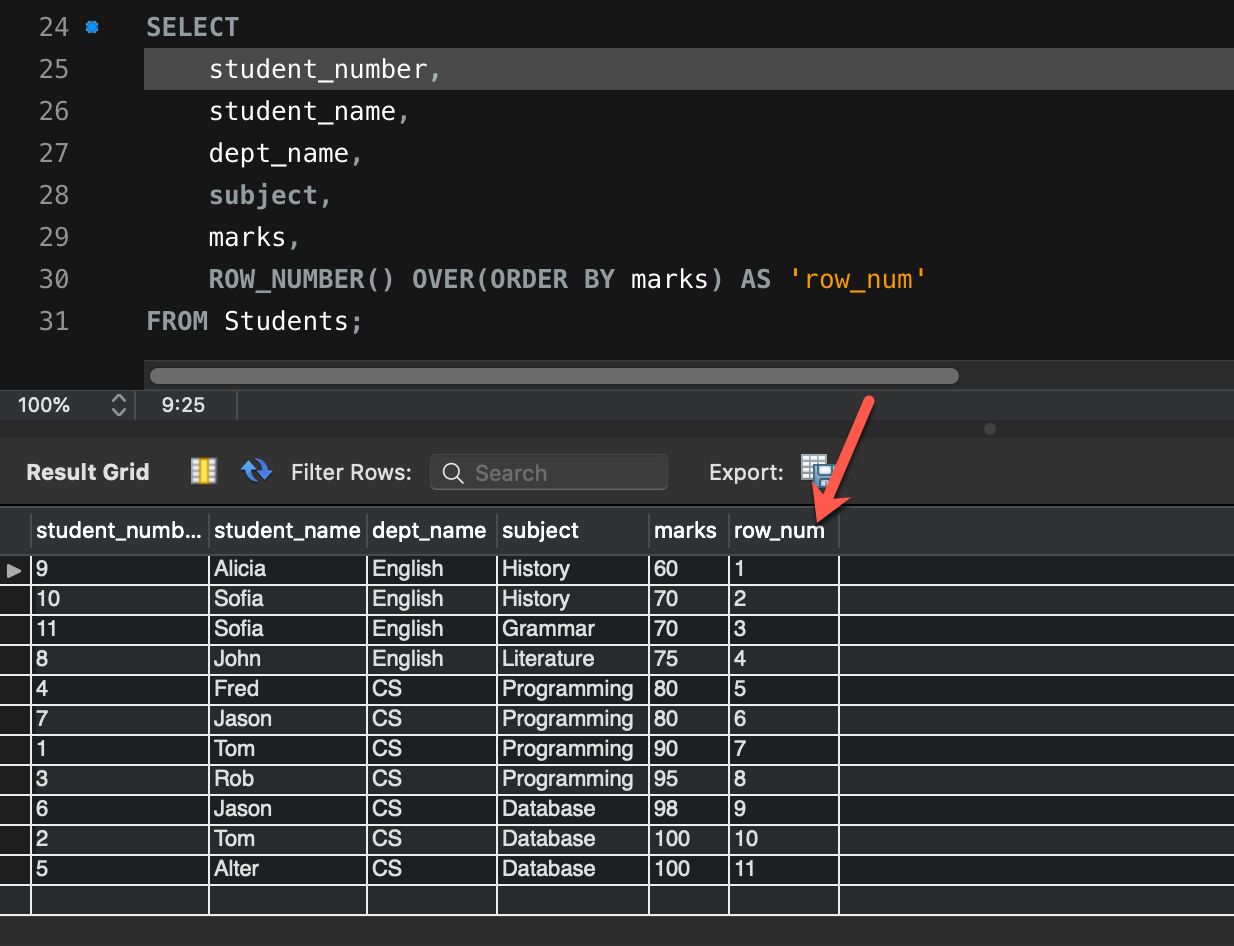 As you can see in the figure above, all the records are sorted in the ascending order of the marks, and then an incremental row number has been allocated to each of the rows. This row number is generated dynamically while the query executes and will change as the marks of the students change in the table.

Additionally, we can also use the PARTITION BY clause with the department name to create a window that will reset the row numbers as soon as the department changes. 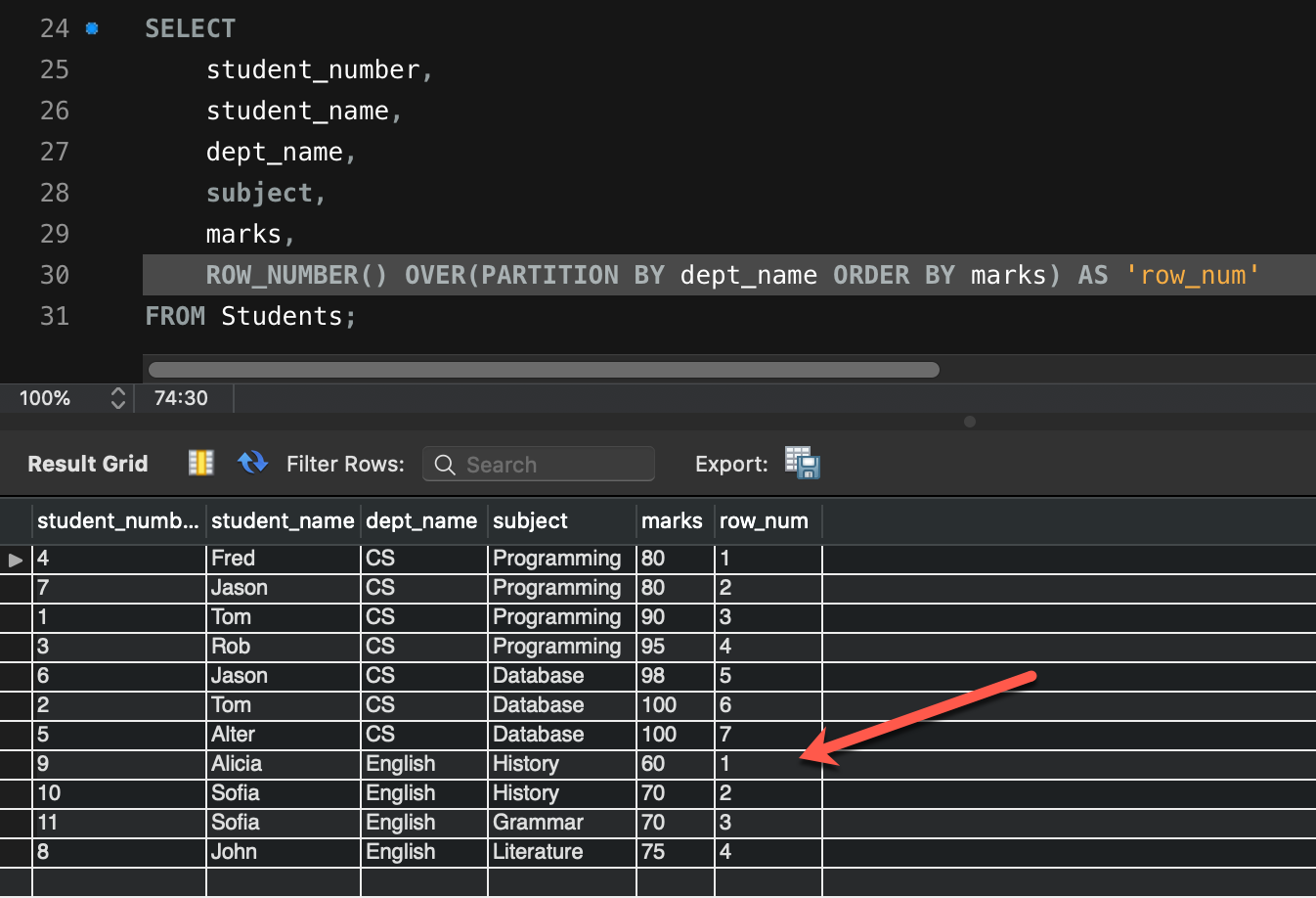 As you can see in the figure above, the row number automatically resets as the department changes. The sort order is still maintained in the increasing order of the marks as mentioned in the SQL query.

The Ranking is almost similar to the row number, with the fact that ties are handled in ranking, whereas they are not handled in the row number function. A tie is when two or more records have the same numeric value to which the function has been applied to. In the RANK function, the ties will be allocated the same number. For example, if you have three ties at rank 2, then the next listed rank will be 5 instead of 3. This is because RANK skips the rows that are within the tie. In order to evade this, we have something called the DENSE RANK function. The DENSE RANK will handle the ties without skipping the row counts. Let us see this with some examples now. 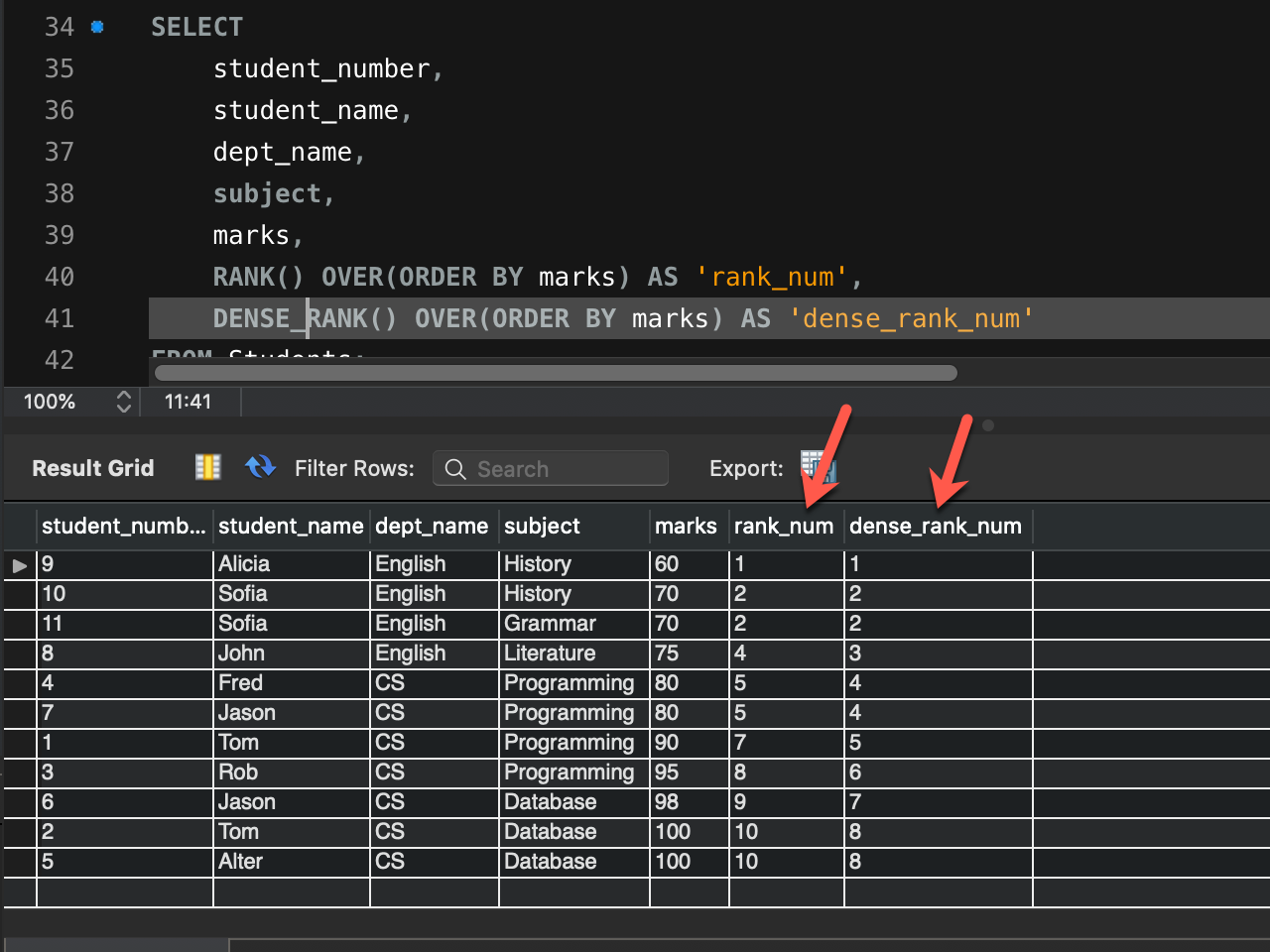 These are some of the most common MySQL Window Functions that are being used. Although there are some other analytical functions like Cumulative Distribution, NTile, etc., these are beyond the scope of this article.