There are many new features in SQL Server 2016, but the one we will focus on in this post is:

A feature many companies and developers have been waiting, is now finally being implemented in SQL Server. The feature is called Always Encrypted, the main purpose of this feature is to secure your data. Your data will only be visible to the ones logged into an application consuming the data, and will never be transferred from application to database unencrypted.

This will finally make sure that leaks of personal data should be a thing of the past, as only the application is able to consume the data, not even a DBA sitting at the server and using SQL Server Management Studio will be able to consume data.

The way Microsoft have implemented this always encrypted feature, is to let all the data in the tables be encrypted. The application that needs to look at data will have to use the new Enhanced ADO.net library, which will give your application the methods to de/encrypt data.

This way, the only way to insert data into a table, which contains encrypted columns, is to use parameterized insert statements from your application. It is not even possible to insert data from SQL Server Management Studio, if we try, the statement will fail.

This way we ensure that only the persons using the application will be looking at un-encrypted data, thus reducing the number of people with a direct access to sensitive data.

So how to get started with this feature?

First we need to have a few things sorted out, we need the following created on a database that is to contain encrypted tables and columns.

The CMKD is used to protect the CEK, and the CEK is the encryption key that protects your sensitive data from falling in the wrong hands.

First generate your CMKD on the database your working on, here we are on a database called AlwaysEncryptedDemo.

Now that we have the CMDK created and ready to secure our column encryption keys, let us move forward and create a Column Encryption Key.

By now, you will be ready to create tables, where columns that you need to be encrypted can be this by using the encryption key just created. Later we will look at the table creation and how it can be enforced on tables already in your database.

You could do it in SQL Server Management Studio, given you know the values.

When a CMDK is created you could create the CEK by script as well, just like the script underneath here.

Creating a table with encrypted columns

Now it is time for some table creation, and there are a few things to remember when doing that. The syntax for table creation is just like an ordinary table creation, we just need to add some options to the columns that we need encrypted.

Underneath, here is an example of a plain simple table with no encryption defined.

Should we create the same table, and decide to add encryption to the SocialSecurityNumber, the script we needed to execute would be this one.

As the script shows above, the extra option is

An attribute is set to be encrypted Deterministic, and the value in the attribute Fullname is “Kenneth Michael Nielsen”

Had we instead used Randomized encryption, the encrypted values would be entirely randomized and we would not be able to determine any patterns.

What would it look like for the DBA that take a sneak peek at the data in a table with always encryption enabled, as it says, data is always encrypted and even the DBA, is not able to make any sense of the data.

The DBA, would see something like this if he/she made a

This way, we can ensure that only the end-users that is granted access to the data is the one actually working with the data, and not having a data leak with 1000 of records holding sensitive data.

Encrypting a table already in you database

In the scenario where you have a table in place in an already running database and you decide to implement always encryption on some attributes – we need to take the existing data and encrypt it. There are a few ways to do this, let me list a few of them:

I will walk you through scenario 3, where we have our new table we created earlier, dbo.Client and I have a list of records from our old table without encryption that we import into the table dbo.Client.

If we run the SQL statement above we should get a result like this one.

In this brief walkthrough of Always Encrypted, we have covered how to:

In short, it is an easy feature to implement, and it should give the data-owner some peace of mind – knowing that only a handful of people (intended to manipulate data) is, in fact, the only ones able.

I hope this has given you a good introduction to the subject and, hopefully, you will take it to your own test SQL server and have a go at it. The issue with working with the encrypted data from the end-user application is a whole other topic, and a topic I will catch up on later. 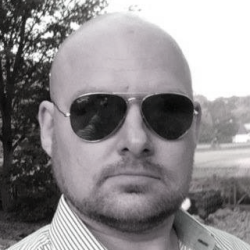 Kenneth M. Nielsen
Kenneth M. Nielsen works as managing consultant and team lead for the company Rehfeld Partners in Denmark. He has worked at various consulting firms and worked on many small/large/very large BI installations in Denmark over the last 12 years.

He really likes to advise the customers to take the right decisions, but also maintains a high technical knowledge, so he can act as both architect and developer.

Over the last years, he has become a highly-rated international speaker at various SQL events. Organizing the Danish SQLSaturday and member of the board in SQLSUG.dk