In this article, we are going to learn how SQL variables negatively affect query performance and also examine the causes of this issue.

SQL variables are used to store a single data value during the execution period of a query and they are widely used in the design of the queries. The local variables are declared by the users and their name starts with @ sign. The first initialization of the value of the local variable is set to the NULL value.

The following syntax defines how to declare a local SQL variable:

It is useful to take a look at some concepts related to the statistics without going through the details of the examples.

SQL Server statistics are the metadata objects that store distribution information of the column values. Statistics are the main input of the query optimizer because they hold the distribution of the table data and the optimizer uses this statistical information to estimate how many rows will be returned from a query. For the high performer queries, SQL Server requires a high degree of accuracy of this statistical information to generate more effective query plans.

DBCC SHOW_STATISTICS command displays the header, the density, and the histogram datasets of statistics. These datasets include detailed information about the statistics.

The density vector date set shows the distribution of values. The All Density column value always between 0 and 1 and if this value is closer to zero the column values are unique.

The histogram displays the statistical distribution of the column values:

In this part of the article, we will learn how the query optimizer calculates the estimated number of rows. Firstly, we will enable the actual execution plan and execute the query using literal values.

As seen in the above image, the query plan suggests an index but before creating this index we will look at the SELECT operator OptimizerStatsUsage property. This property list all statistics names that were used during the execution of the query by the optimizer. 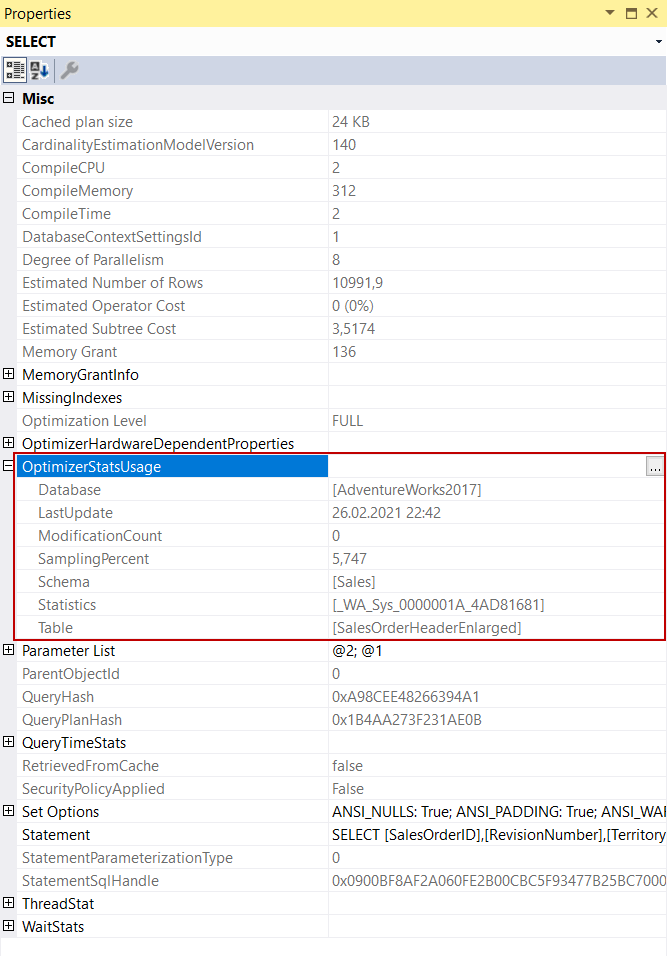 The LastUpdate time is equal to the execution time of the query because the Auto Create Statistics option is enabled, and the SQL optimizer creates statistics on the nonindexed columns that are used in a query predicate. As a second step, we will look at the Index Scan operator Estimated Number of Rows attribute.

The Estimated Number of Rows shows 10991,9 but how this value is calculated. The answer is very simple, using the statistic histogram. The histogram details can be displayed through the following query. 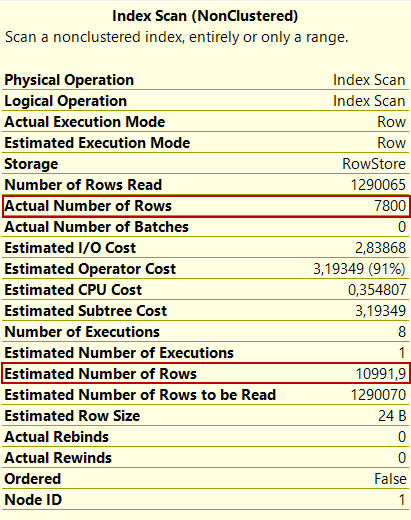 We may ask, why a huge difference exists between the Actual Number of Rows and the Estimated Number of Rows values. The question-answer is very simple the histogram data is generated only % 5,747 of the data.

Now, we will create the suggested index and re-execute the same query. 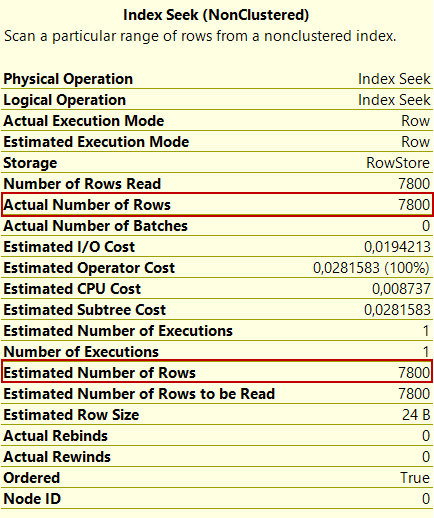 The SamplingPercent value shows %100 because creating an index generates new statistics to touch every column value.

When we re-calculate the estimated number of rows using the histogram. 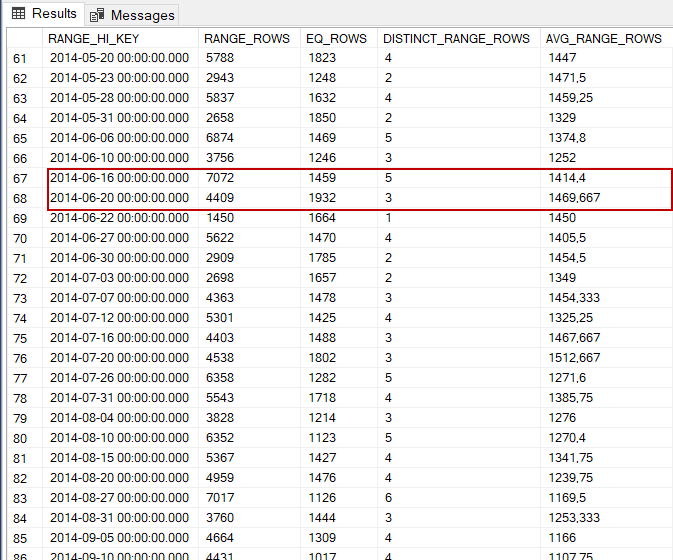 After executing the following query the query plan will change but the Estimated Number of Rows value dramatically increase.

The reason for this situation is that the query optimizer has no idea which value is held in the SQL variable so it can not use the histogram efficiently. The query optimizer uses 16% of all data as the estimated number of rows. Another interesting thing about this execution plan is that we can not see the OptimizerStatUsage option in the SELECT operator attributes.

As for how to get rid of this problem, we can use the sp_executesql stored procedure. sp_executesql is a built-in procedure that allows us to dynamically run SQL statements and it also allows us to parameterize them. In the following query, we will declare the parameter of the and then we set its values. 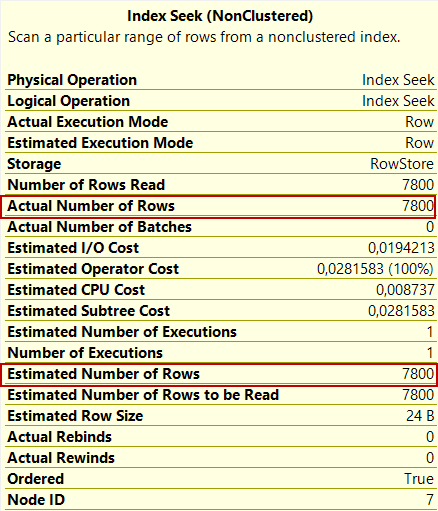 As we can see in the execution plan details that sp_executesql performs much better than the query that used SQL variable.At the same time we can use RECOMPILE hint to avoid of this type of SQL variable problems.

In this article, we have learned some hidden secrets about the statistics and how the SQL variables effects performance of the queries. The local variables are widely used by database persons but these usage types slow down the query performance due to unavailable statistical data. Using the sp_execute procedure can help to resolve this problem.