One of the main tasks of a SQL Server database administrator is performance tuning. Sometimes, though, coders or developers don’t always prioritize database performance or query optimization. Here is a typical scenario

I think this scenario is all too common to many SQL Server DBAs.

Sargable is a word that concatenates the three words: search, argument and able.

As per wikipedia SARGable is defined as “In relational databases, a condition (or predicate) in a query is said to be sargable if the DBMS engine can take advantage of an index to speed up the execution of the query. The term is derived from a contraction of Search ARGument ABLE”

Advantage of sargable queries include:

Now we will shortly discuss about index basics then we will cover some examples of both sargable and non-sargable queries.

Indexes are created on tables or views. Indexes can be likened to a book directory and improve the speed of searches. Some examples of different types of indexes are clustered indexes, non-cluster indexes and columnstore indexes.

An index seek is when SQL Server reads only matching data in the index pages. This method is more efficient for query performance because it will reduce IO and time consumption.

This dummy table includes a non-clustered index on the FirstName, ModifiedDate and MiddleName columns.

Using functions in the WHERE clause

In this first example, we will select records in the Person table which starts with the letter “K”.

The SQL Server query optimizer cannot find the result of ths LEFT function values in the index pages. For this reason, the query optimizer chooses a cluster index scan and it needs to read the whole table.

In the below picture, the Estimated Number of Rows to be Read value is 5,991,600. This value is the total row number of the table. But the matching records are approximately 371,400

These functions create the same execution plans in the same conditions 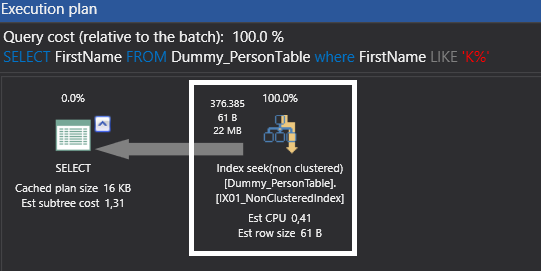 This table show us IO statistics of these two queries. The sargable query performs significantly better than the Non-sargable query

This table shows us time statistics of queries and it can be seen that the sargable query demonstrates better performance than the Non-sargable query.

Tip: We will add a calculated column for the LEFT function and create a non-clustered index

Now we will look again at the non-sargable query execution plan.

It will use an index seek

This is an alternative solution for performance gain but changing T-SQL syntax is much easier than changing the table structure and adding an index.

In this example, our target is to write a select query for a specific year. We can write this query as shown below.

We will look at this query execution plan

The SQL Server query optimizer cannot use an index seek because it cannot find the values of the YEAR function on the index pages. 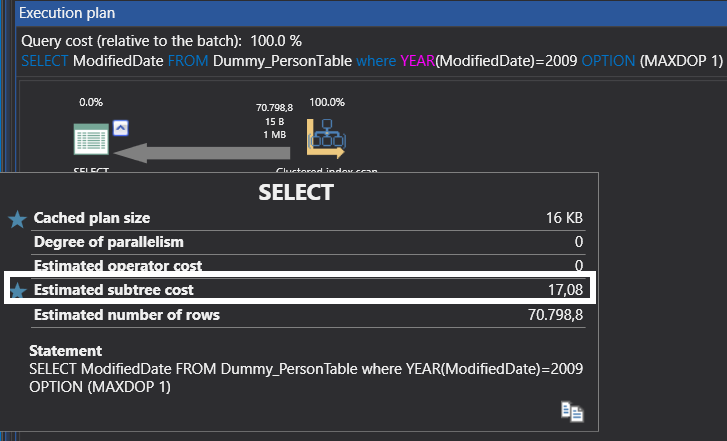 In this step we will change the condition in this query.

Using ISNULL function on WHERE clause

In this sample we want to select all of records where the MiddleName is equal to “E” or NULL. We can write the query like this. We will activate Include Client Statistics for comparing non-sargable and sargable queries.

We will change syntax of query and use an index seek 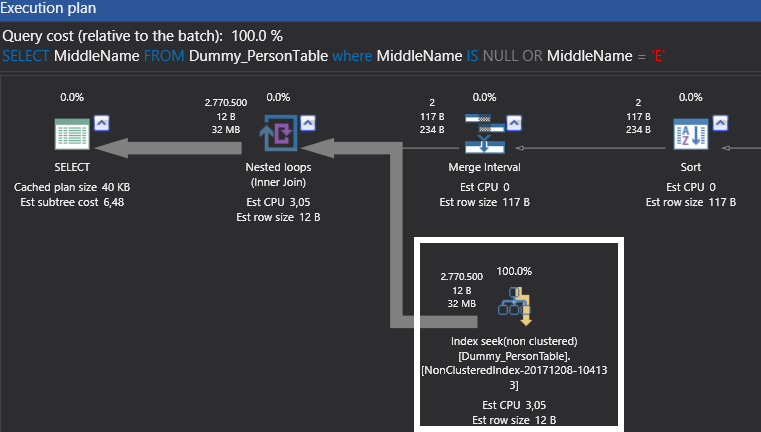 As seen above, the non-sargable (Trial 1) query execution plan used an index scan and the sargable query (Trial 2) used an index seek. These differences the between two queries affected performance. This case clearly shown in the below client statistics chart. 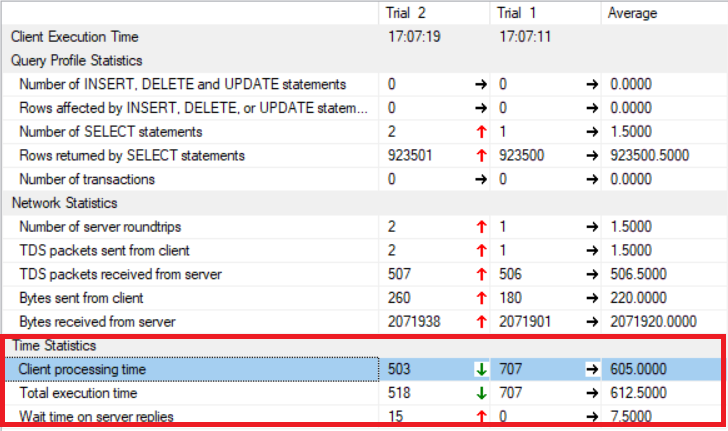