What are the CLR Stored procedures

The extended stored procedures use the same process space as a database engine that can affect the performance of the database, but standard stored procedures and functions are considered the best for the data-oriented tasks. CLR SPs are managed objects; hence it runs as per the specification of the common language runtime (CLR). It uses the .NET classes, which makes the implementation of the complex logic, complex string operations iterations and data encryption much easier. It can also replace the complex business logic which is difficult to implement using standard stored procedures or functions. Moreover, CLR SPs are compiled and managed code; hence it gives better performance.

Following are the benefits of the CLR SPs:

The following are the drawbacks of the CLR SPs

CLR SPs can be used under the following scenarios:

What is Microsoft.Net class library?

Microsoft.Net framework class library is the collection of the various classes, interfaces, namespaces, and values type which can be used in .Net application or program. You can read more about the Microsoft.Net class library here.

What are SQL Server assemblies?

Now, as I mentioned that to explain the usage of the CLR SPs, we are going to use it to send the email from the SQL Server.

As we know, the SQL Server express edition does not provide the database mail feature; we can use the CLR Store procedure to send the email.

In the demonstration, I am going to create a CLR SP which is going to use to perform the following steps: 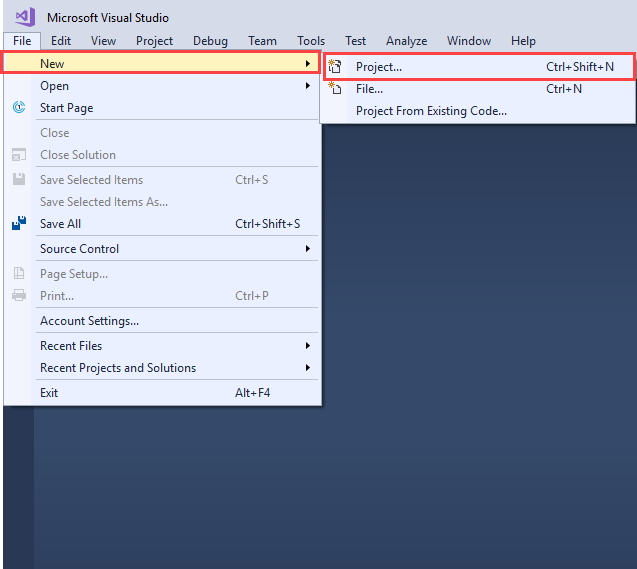 In the New Project dialog box, select the Class Library (.NET Framework). In the Name box provide the desired name and in the Location box enter the location of the visual studio project and click OK: 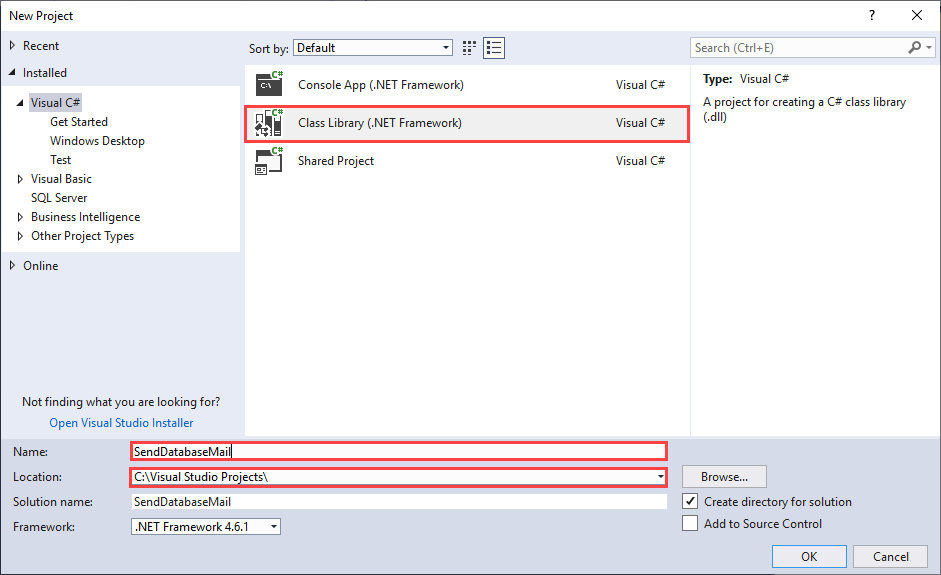 In the SendDatabaseMail namespace, rename the class from Class1 to Sendmail_ClassLib. See the following code:

Now, lets create the method named SendEmailUsingCLR() in Sendmail_ClassLib. This method will be used to send the email. Following is the code:

In the image below is the entire code: 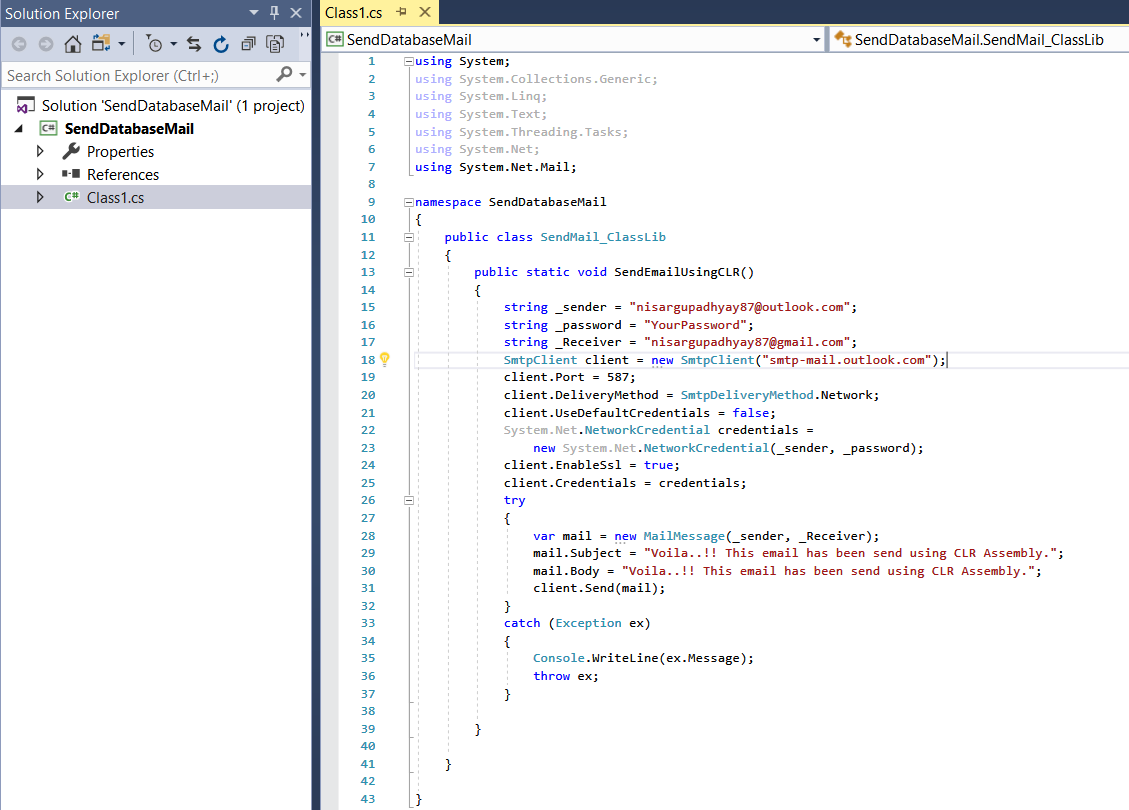 Now to build the class library, in the Solution Explorer, right-click on the SendDatabaseMail project and from the context menu, choose the Build command: 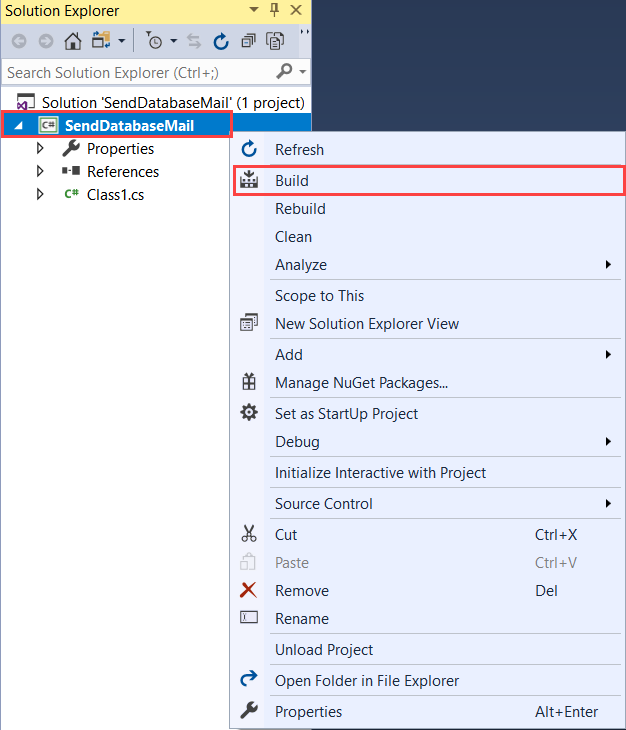 Alternatively, you can build the solution by pressing the Ctrl+B shortcut.

Once the class library has been built successfully, and the DLL file is generated, we will use it to create a SQL Server assembly. To do that, open SQL Server Management Studio, connect to the database engine. In Object Explorer, expand the DBA database, under the Programmability folder, right click on the Assemblies folder and from the context menu, choose the New Assembly command: 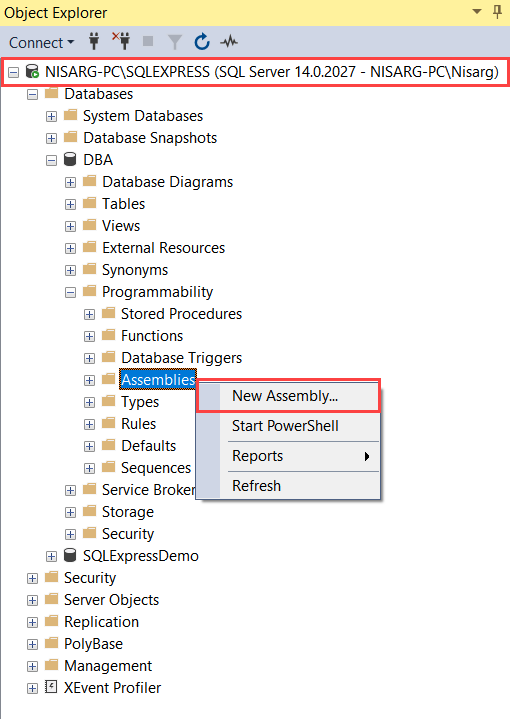 The New Assembly window opens. In the Path to the assembly text box, provide the location of the DLL file, which is generated by building the class library. We want to keep this assembly as unsafe hence, choose Unrestricted from the Permission set drop-down box: 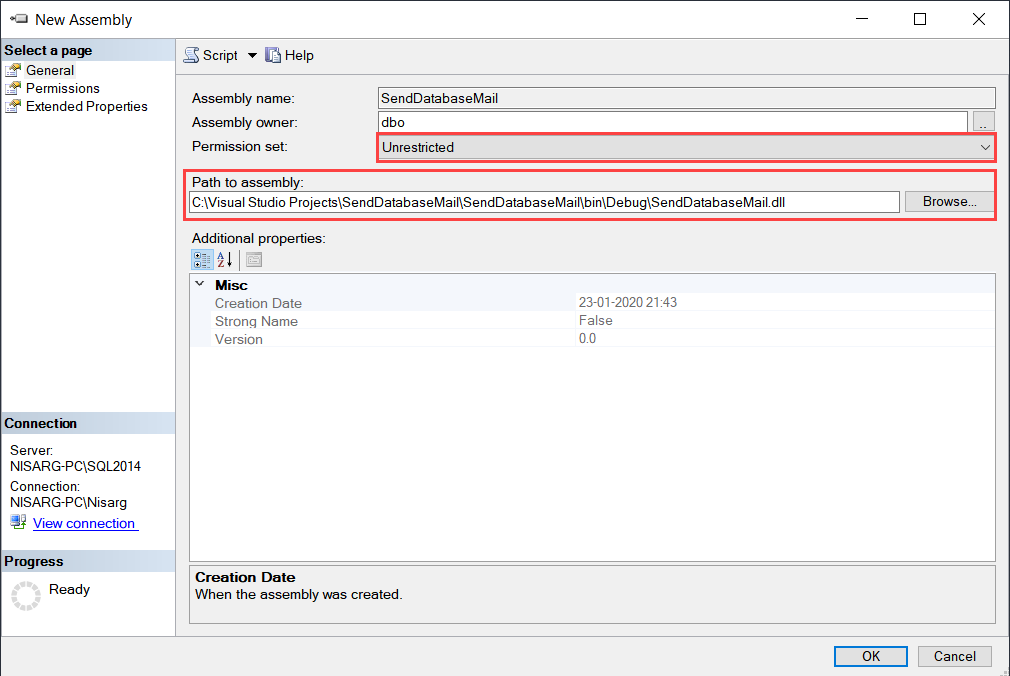 Once the assembly has been created, we will create a CLR SP. Please note that the EXTERNAL NAME must be set in the following way:

To create a CLR SP, use the code below:

Once the CLR SP is created, we must deploy it to use it. For deployment, you must enable the CLR integration on the database to do that, execute the following code:

Once CLR integration is enabled, we must set the database TRUSTWORTHY. To do that, execute the following code:

Once CLR SP has been created, execute the following code to test it.

The procedure has been executed successfully. The following is the screenshot of the email.

In this article, I have explained about the SQL Server CLR Stored procedure and how we can use it to send the database email.