A SQL Server Computed Column is a virtual column that is not stored physically on the table, unless it is previously specified as PERSISTED. A computed Column value is calculated using a specific expression that can be constant, function, data from other columns on the same table or a combination of these types connected together by one or more operators.

Let us create two new tables in the SQLShackDemo testing database with a computed column in each table that calculate the age of the employee when he is employed to serve a certain survey required by the HR team. The first table CompanyEmployees will have a virtual Computed Column which value will be calculated at runtime, and the CompanyEmployees_Persisted table that have a PERSISTED Computed Column that will save the expression value physically in the table: 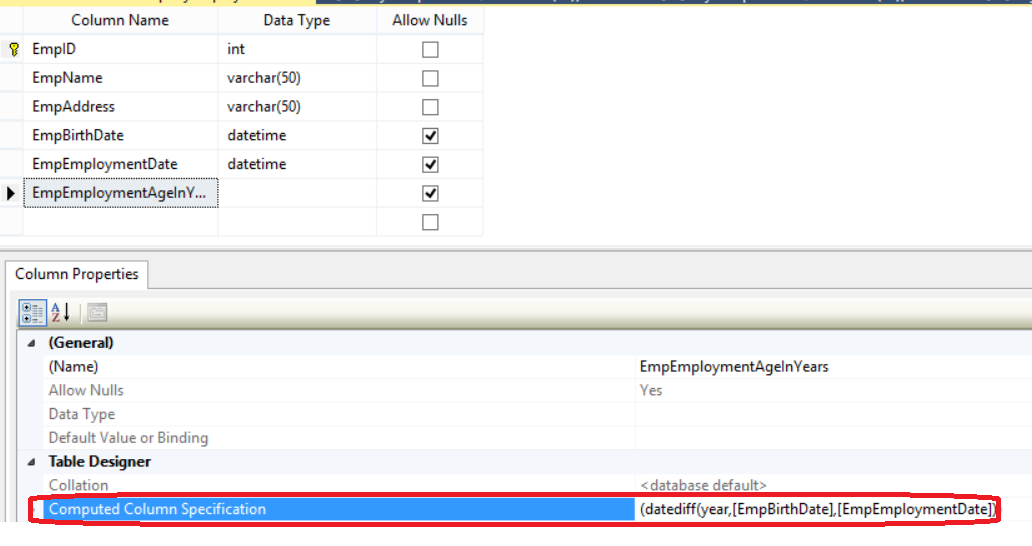 After that, we will fill the first table CompanyEmployees with one hundred thousand records using ApexSQL Generate, taking into consideration that this tool will automatically know that the EmpEmploymentAgeInYears is a Computed Column and exclude it from the insertion process: 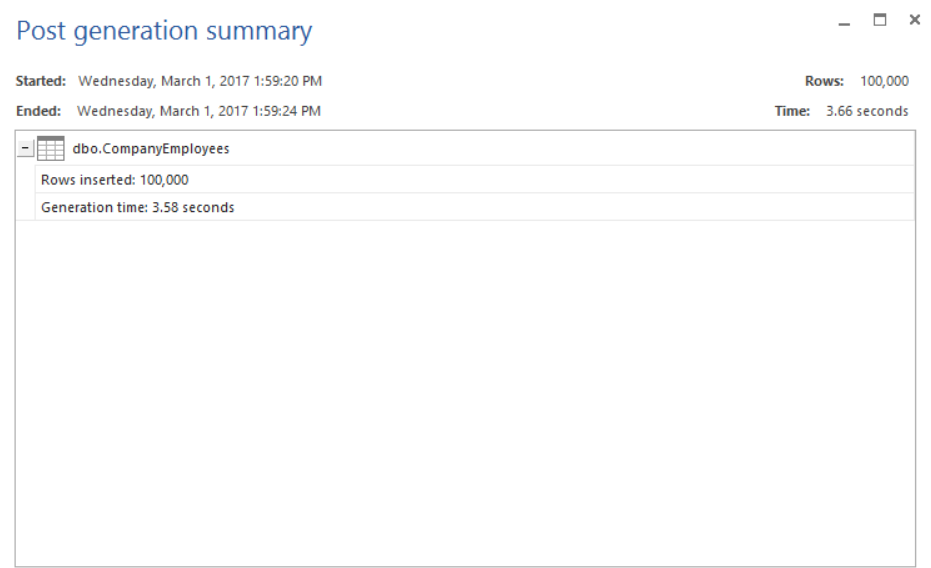 We will fill the second table CompanyEmployees_Persisted with the same data from the first table in order to have a fair comparison during our test using the below T-SQL INSERT statement:

Looking at the other side of the performance equation, calculating the values of the virtual Computed Column at the runtime will have an extra performance overhead. If we try to run the below SELECT statements on both tables:

The execution plans comparison using the APEXSQL PLAN application will show us that, both SELECT statements will perform a Clustered Index Scan on the related tables with similar costs, with extra step performed on the table with the virtual Computed Column to calculate the Computed Column values as below: 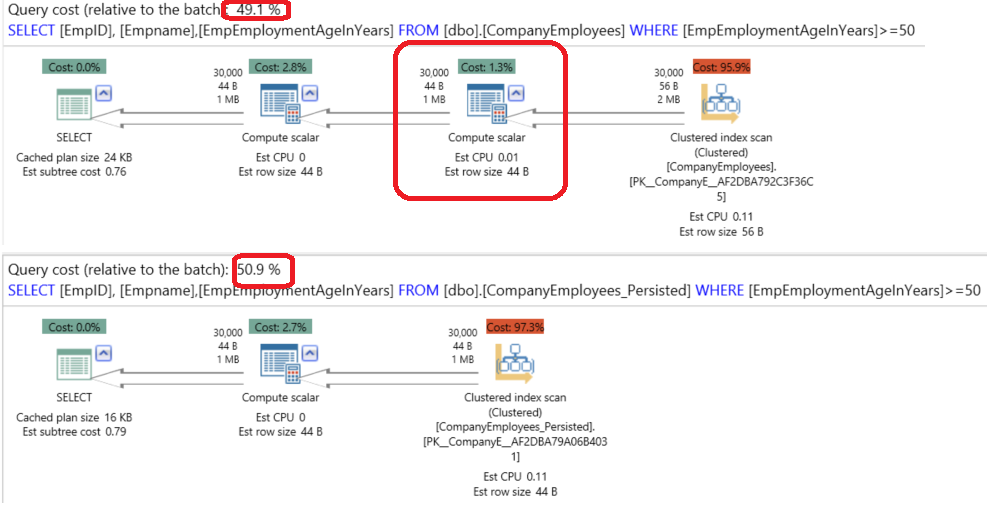 To enhance the performance of the queries that reference to the Computed Colum, it is recommended to create an index on that Computed Column. There are number of requirements that should be met before adding the index.

The results from both tables show us that the EmpEmploymentAgeInYears column from these tables is Computed Column, and that the expression used to calculate its values is deterministic and precise, so that the result is that this column is indexable:

Now we will create a non-clustered index on the EmpEmploymentAgeInYears Computed Column in addition to the EmpName column as below:

Wow. The execution plans comparison using the APEXSQL PLAN application show us a big enhancement when indexing the Computed Column, where the performance enhanced more than 5 times when querying the indexed Computed Column as follows:

The enhancement is also made clear by checking the Time Statistics difference between the two executions. Where executing the query using the non-clustered index is better than executing it without that index by 1.2 times, as you can see from the following statistics:

The SQL Server Computed Column is a special type of column that can be stored in a table if specified as PERSISTED or calculated at runtime when the column is used in the query. As with any other types of columns, you can index that column to enhance the search process. There are number of requirements that the Computed Column should meet in order to be indexed. During the demo of this article, we have checked these prerequisites before creating the index. After that, we have created an index on the Computed Column and saw clearly the performance enhancement when using that index by comparing execution plans before and after the index in addition to the enhancement in the execution time.