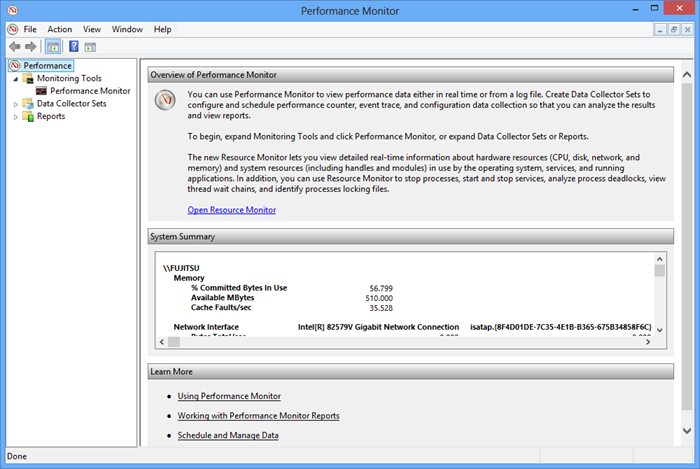 Performance Monitor provides a wide range of measures that can be monitored. Monitoring the right set of available counters narrows down the problem origin to a specific component or application and enables efficient and quick problem troubleshooting. Some of the performance counters don’t provide enough information when monitored alone. When their values are above the recommended threshold, they don’t clearly indicate performance problems. To be able to determine whether there is a performance problem, other counters should be monitored and their values compared

For example, the Page faults/sec counter shows both hard and soft page faults. Soft page faults don’t affect SQL Server performance, but hard page faults do. That’s why high Page faults/sec values don’t necessarily indicate performance problems. To determine whether that is the case, monitoring another counter that also indicates hard page faults – the Page reads/sec value is recommended. If it is also high, there is most likely a performance problem. To be sure, monitor disk behavior and paging via memory and disk counters, such as Pages Output/sec, Pages Input/sec, Disk Reads/sec, and Avg. Disk Read Bytes/sec

Without monitoring all necessary counters, the information obtained can be insufficient or misleading for determining the system state and making correct decisions

When it comes to selecting the counters, it’s necessary to understand what they represent, what are acceptable values, is there an exact threshold, or is the value determined based on a trend line

Performance Monitor provides graphical presentation of the metrics collected by Data Collector Sets and Event Trace Sessions, both in real time and as historical data

What information can Performance Monitor gather?

The counters that can be monitored in Performance Monitor are grouped for easier referencing. The available groups depend on the operating system and applications installed on the monitored machine. Available groups are: Memory, Network Interface, Physical Disk, Process, Processor, Server, System, and many more

Each of these groups contains multiple counters. For example, the Memory group contains more than 30 counters among which the most important are Available Bytes, Page Faults/sec, Page reads/sec, Page Writes/sec, Pages Input/sec, Pages Output/sec, and Pages/sec 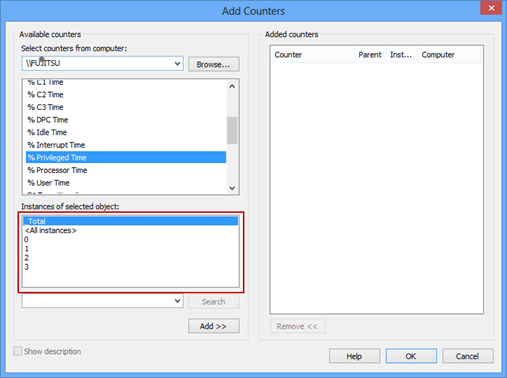 Multiple instances are shown for a counter if there are multiple processors on the machine and if tracking the counter per processor makes sense, such as for Processor and Processor Information counters. You can monitor each processor individually, or all instances 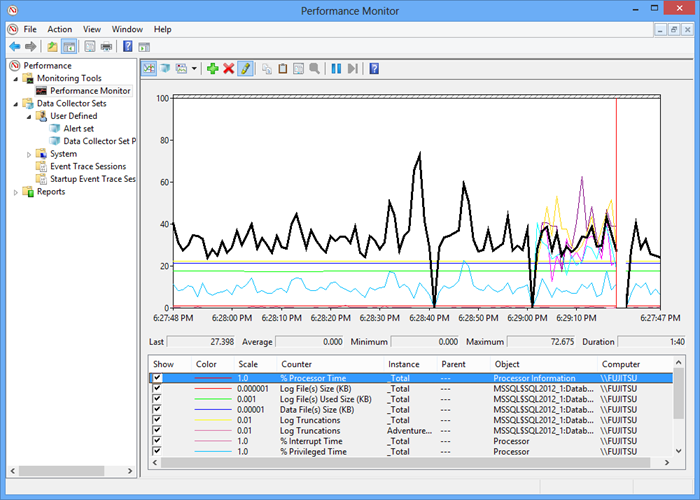 Although active monitoring makes little overhead, to avoid monitoring the overhead along with the system and application performance, use Performance Monitor to monitor a remote machine