SQL Server 2016 became publically available on the 1st of June 2016. Some might feel that a new SQL Server release every 2 years might be too frequent with many organization still lagging behind by running SQL Server 2012 or earlier.

So what is the fuss all about? Microsoft proudly mentions the following 5 topics as the pinnacle of SQL Server 2016’s offerings.

So what’s new? In this article I will do a quick summary of the new or improved features which will certainly open up a whole new world of excitement for the data professional. 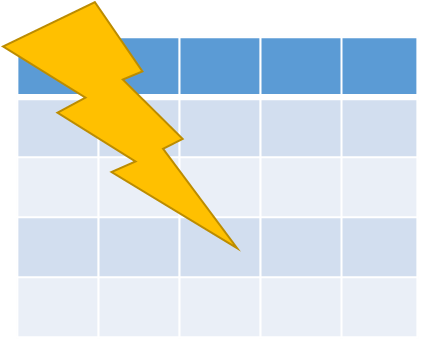 No one likes to wait for query results. We want it to be instantaneous. SQL Server 2016 gets closer than ever to delivering this with significant enhancements to In-memory OLTP, in-memory analytics and improvements to Analysis services.

Memory optimized tables can now have foreign keys, check and unique constraints, triggers (WITH NATIVE_COMPILATION), large object type columns and can use any collation. Statistics for memory-optimized tables are now also auto updated.

A couple of enhancements were also made to indexes from memory-optimized tables which now allows Unique indexes, columns using any collation and Nullable index key columns.

Analysis Services continues to offer 2 modes of data storage both of which have been optimized for performance in 2016.

The multi-dimensional engine has been improved to return data faster, these enhancements do not need any configuration in order to be taken advantage of but will only really be evident if you compare the baseline of your current server to that of SQL Server Analysis Services 2016.

Tabular mode which is based on the same technology as column store indexes has been improved by enhancements to DAX, storage engine caching and T-SQL generation of DirectQuery mode. 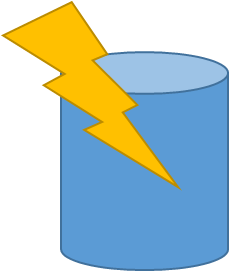 TempDB has been improved with performance in mind. You no longer have to determine how many TempDB files you have to add for yourself. Instead SQL server 2016 decides on a default to use by taking into account the number of logical processors on the server. This circumvents the latch contention issue caused by having only 1 TempDB file, (as was the default in previous versions). This is of course still configurable, but now you can do this during your SQL Server install.

Trace flags 1117 and 1118 which had to be enabled specifically in the past, has now been included in the database engine and has such no longer need to be activated manually.

The Query Store is a completely new feature which will help DBA’s to troubleshoot performance issues resulting from changes in the query plan. Historical data is captured to allow for comparisons to be made between queries, plans and statistics. They Query Store is not enabled by default, so in order to use it you can enable it with this command:

Once enabled the following 4 dashboards are immediately available:

All of which will allow you to see the data captured in the Query Store.

The purpose of the new Stretch Database feature is to essentially split hot, warm and cold data and seamlessly move the warm data to Azure, thereby improving the performance of your hot data, reduces your on-site hardware requirements while at the same time allowing you to keep all of your data indefinitely.

Data access still occurs through your on-site database, and no changes to applications are required and the security model of the tables involved remains the same.

There are 3 new security features introduces in SQL Server 2016.

With Always Encrypted, the data is, well… always encrypted. The encryption takes place on the client side when it is written, and requires a special driver and an encryption key in order to be able to read the encrypted data. 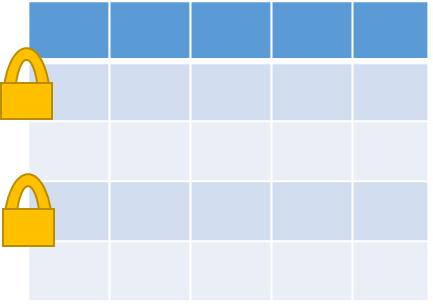 Row level security allows you to restrict the rows that a user is able to see, allowing them only to see rows which are relevant to their function. Row level security is implemented by creating inline table functions. This allows a lot of flexibility in terms of what criteria could be used to determine a user’s access but could also have a performance impact if not handled with care.

SQL Server 2016 contains 4 new masking functions which can prevent users from viewing sensitive data unless they have been explicitly granted permission to view it. The masking is applied to the query results and as such do not require any changes to existing applications. A DBA running a query in SSMS for instance will also only see the obfuscated data.

Although not new to SQL Server 2016 there has been some significant improvements to availability groups in this version.