SSIS Pipeline performance counters monitor the processes which are related to the execution of packages and the Data flow engine’s the most crucial feature, the (Data) Pipeline. Their measurements reveal in which way the memory resources are acquired during the execution of the SSIS packages, and also, show the amount of memory used during that events. The proficient monitoring of the SSIS Pipeline memory usage can mitigate the potential issues of memory and data leakage, data transformation interruptions and overall, avoid data integration damage.

It should be noted that measurements of these performance counters are always aggregated, and they show the performance of the entire SSIS service, not just package execution.

For discovering the source of memory or data leakage, Buffers in use, Private buffers in use and Flat buffers in use performance counters should be in focus. Their values at the beginning of the packages execution should be the same in the end of the process, otherwise, buffers may be “leaking” memory and data integration could be damaged.

In addition, Rows Read and Buffers Spooled are also the important SSIS Pipeline performance counters, because they provide the insight for which amount of transformed data and to point on the potential risk of memory leakage and impact on the logical disks.

To understand better what is happening while data is transformed and processed in-memory, from the source to the destination, including the schema of theoretical Performance counter monitoring solution see the illustration below. 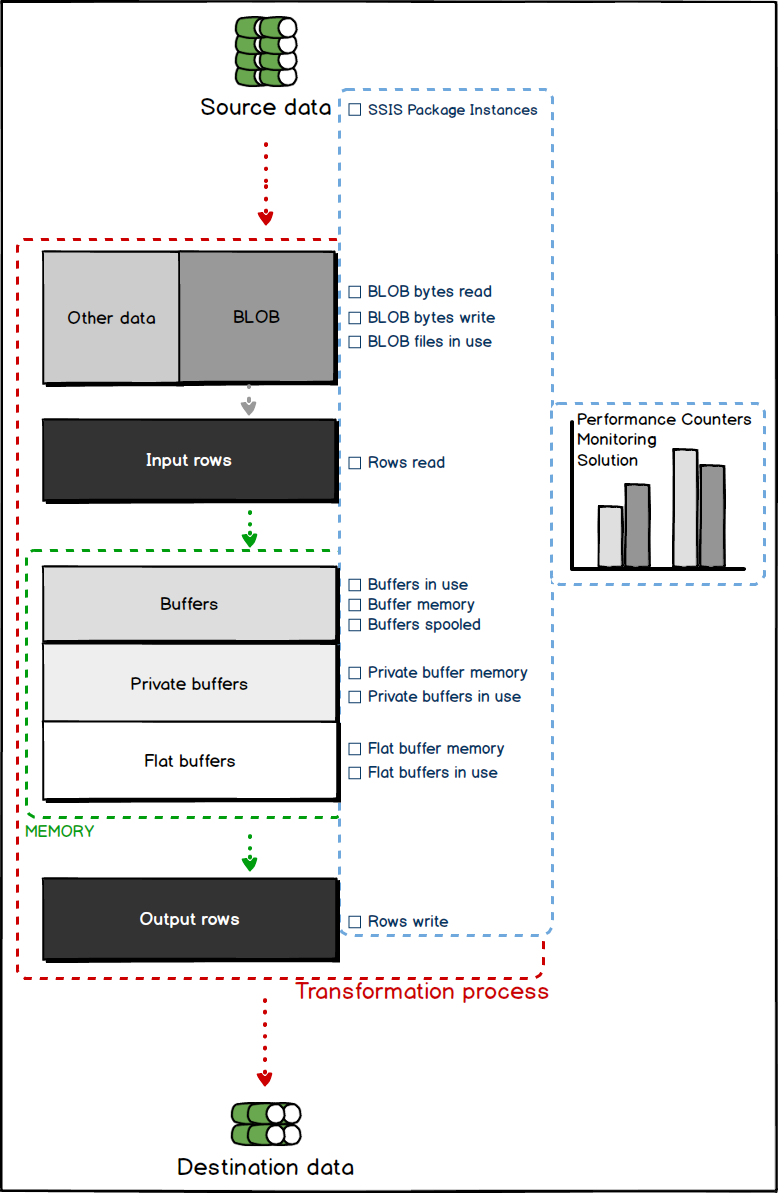 Daniel Tikvicki
Daniel is a librarian who ran into a vortex of IT world, where he is levitating and learning constantly. He likes books, merely all forms of artistic expression (being a musician/poet himself), and he is underground publisher (fanzines and experimental music). Also, the points of interest include theology, mythology and pseudoscience.

Daniel is currently working for ApexSQL LLC as Software sales engineer where he specializes for the BI environment.