Essentially, unit tests provide code coverage over database objects (stored procedures, triggers, functions etc.) behavior so that we can automatically regression test changes. In terms of SQL unit testing, the tSQLt framework offers several advantages. Some of those are described in the following bullets with detailed descriptions.

Benefits of the tSQLt framework:

How to install tSQLt

tSQLt installation is very easy. At first, we will download the zipped file from tsqlt.org in the download section. Then we need to enable CLR (SQL Common Language Runtime) in the SQL server instance because tSQLt requires this option. Run the following script to enable CLR functionally of the SQL Server afterwards we ensure to running vales (run_value) of this option.

We must enable TRUSTWORTHY property of the database in which we want to install tSQLt framework.

Note: In the following demonstrations, we will use WideWorldImporters sample database.

In the second step of the installation process, we will install tSQLt framework into WideWorldImporters database. Therefore, we need to execute tSQLt.class sql query file which is placed in the downloaded file. 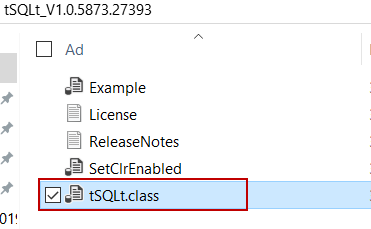 We will open tSQLt.class file in the SQL Server Management Studio and then execute it. If your installation succeeds, you will see the version of the tSQLt and thanks message. 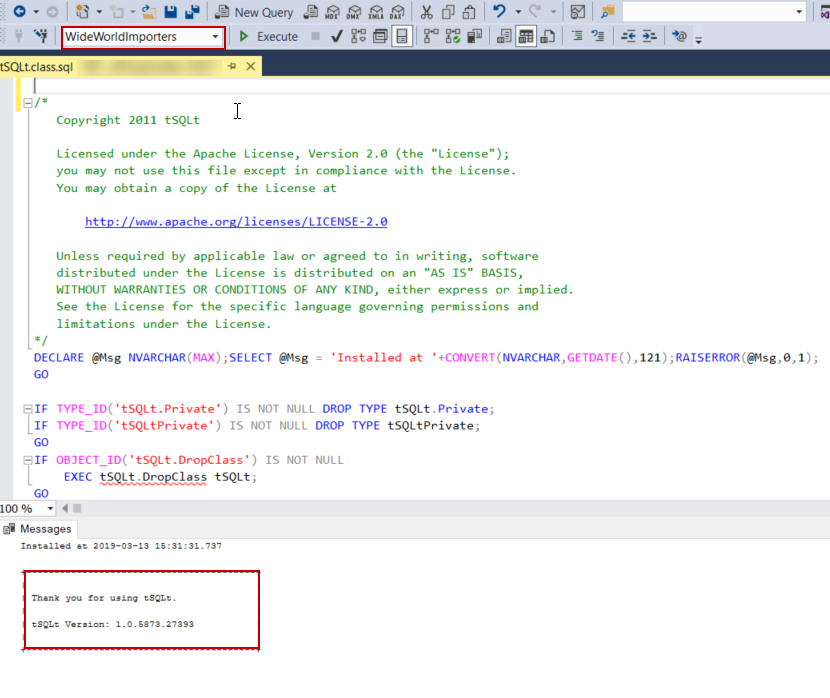 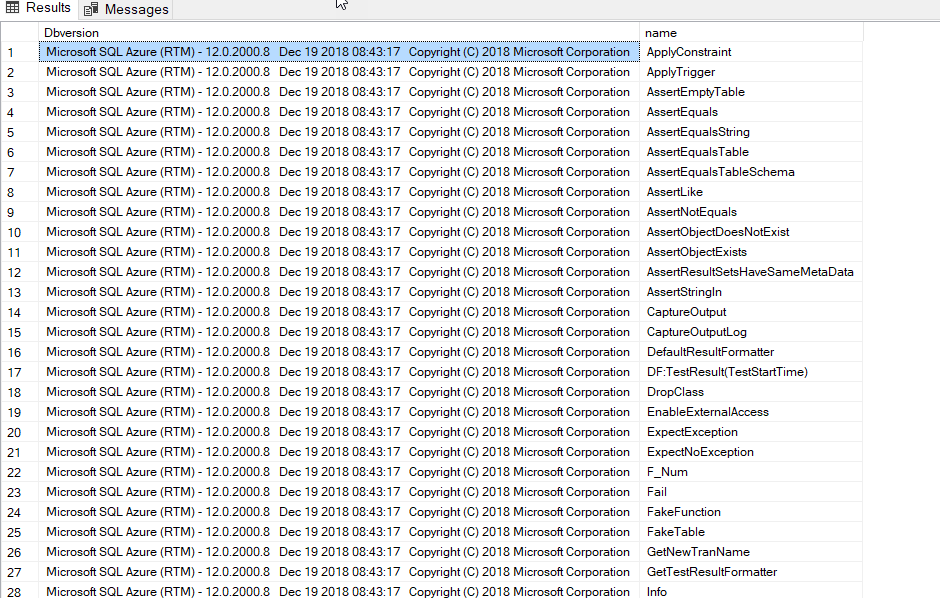 The tSQLt framework offers several different test methods to us. However, at first, we need to create a test class, because the test class collect the test cases under this class. The below script creates a new test class whose name is DemoUnitTestClass

When we create a new test class, in the back of the scene tSQLt creates a schema and adds extended property with value so that tSQLt framework can easily figure out this schema is created for test class. The following query proof this point.

And also we can find out this value in the extended event properties of the test class (schema). 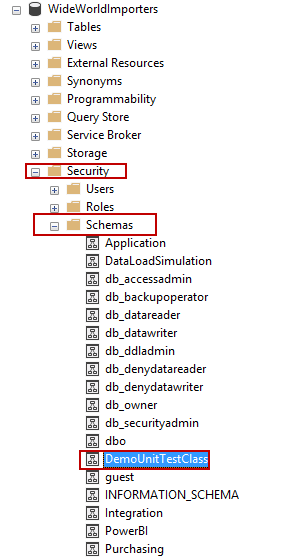 In addition, if you want to drop the created test class, we can use the following stored procedure. It takes a test class name as a parameter.

The tSQLt framework offers a bunch of test methods for SQL unit testing operations so that we can use this method under different circumstances.

Let’s learn some details of this method and reinforce with examples.

tSQLt.AsserEquals: This method allows us to compare the expected and actual values and it takes three input parameters;

@expected: This parameter specifies expected value namely the result of the test value compared with this value.

@actual: This parameter specifies the result of the test.

@message: If the unit test returns fail, we can customize the error message with the help of the parameter.

Now, we will create a very basic unit test through the tSQLt framework. In the following unit test scenario, we will create a user-defined function which will calculate the tax value of the given parameter afterwards. We will write a unit test case according to this user function. As we have already noticed about that, the main idea of the unit testing is checking behavior of individual, programmable and smallest (atomic) part of the database object.

As you can see in the above illustration when we send 100 as a parameter into CalculateTaxAmount function and it returns 18. Now, we will write a test case to check this user function behavior.

In order to run the test case, we can use tSQLt.Run method. It can take test class name as a parameter so that it can run all the unit tests which are related to this test class or it takes test case name and then it executes particularly.

As you can see in the above images, our test is successful and acceptable. Now, we will change the expected result in the test case and then re-run the unit test.

I want to mention about unit test case naming conventions. The test’s case names must begin with “test” and if we don’t do this tSQLt framework, we cannot find and execute it. As we noticed about the message parameter of the tSQLt.AsserEquals method. Now, we will implement this test message to our unit test.

So far, we mentioned about installation and essentials of the tSQLt framework, but in the real world, unit test scenarios are much complex than these examples. For this reason, we must understand Arrange, Act and Assert pattern well according to SQL unit testing. This pattern suggests separating unit tests into three parts so that we can write more clear and readable tests.

Arrange: In this part, we can declare the variables, or we can define preconditions and inputs.

Act: In this part, we can execute the code that is under the test and then capture the result of the executed code.

Assert: In this part, we compare the expected and actual value.

Now, we will specify this part for our previous unit test example.

In this article, we mentioned about the importance of the SQL unit testing and how to act this approach through the tSQLt framework. First of all, we need to well understand to the main logic of the tSQLt framework essentials so that we can develop more complex test cases.