One of the common mirroring configuration is the environment with two SQL Servers (SQLServer-1 and SQLServer-2), two instances (SQLInstance-1 and SQLInstance-2), and one mirrored database named SQLDB-1

The second common configuration is the environment with one SQL Server machine, two SQL Server instances, and one mirrored database named SQLDB-1. This solution has a major flaw because if SQLServer-1 goes down, both instances will be unavailable 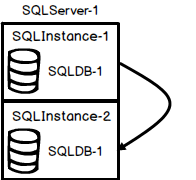 SQL Server database mirroring can be set to provide high availability or disaster recovery. Depending on the needs, a DBA can choose among three available modes

Database mirroring will be removed from SQL Server in future versions in favor of AlwaysOn Availability Groups. Also, database mirroring is per database only solution, which means that logins and jobs from the principal SQL Server must be manually recreated on the mirror. There is also possibility for delay, which can only be reduced with better hardware

Setting up the database mirroring environment

The database mirroring feature is available in SQL Server 2005 version and greater. Availability of the operating modes depends on the SQL Server edition. Different SQL Server versions can be combined, but it’s not recommended

The database that needs to be mirrored must be in the full recovery model. System databases can’t be mirrored

A full database and transaction log backups of the database which will be mirrored must be created and restored on the SQL Server instance which will act as the mirror. The restore process must be executed using the WITH NORECOVERY option

The database mirroring setup needs to be initiated from the principal server using the SQL Server Management Studio wizard or T-SQL code. At the beginning of the setup process, there’s an option for choosing a witness SQL Server instance which is only required if the high safety with automatic failover mode is desired. SQL Server instances must be able to communicate which requires creation of so-called endpoints with the port and name specified. These setting are required both on the principal and mirror SQL Server instances 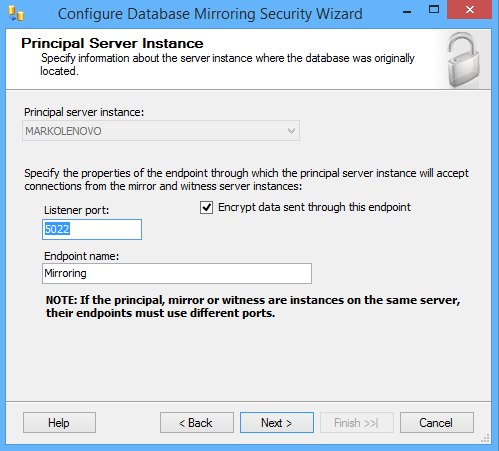 After endpoints are created and connection checked, select the operating mode, either high safety or high performance. If the witness server is specified choosing high safety mode will result in high safety with automatic failover