In this article, I am going to explain in detail the SSIS catalog that can be used to deploy SQL Server Integration Services (SSIS) projects. Using this catalog, developers and database administrators can easily deploy and manage their integration services projects after deployment. The SSIS Catalog database was introduced in SQL Server 2012 and prior to that users had the following three options to deploy their SSIS packages:

In order to create the SSIS catalog database, you need to have SQL Server already up and running on the machine, to begin with. This catalog database is just another simple database object which helps us store the SSIS packages in a more organized way. 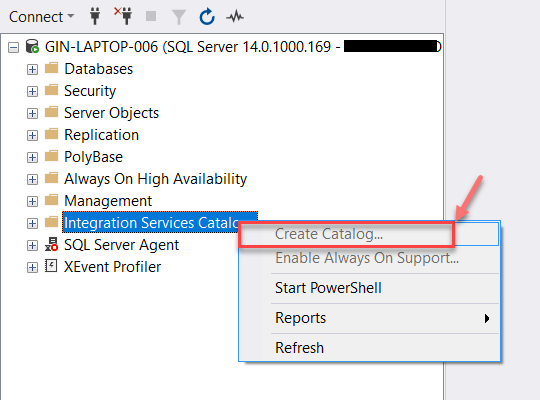 I have already enabled the catalog database in my machine, so I will not be able to share the screenprints at the moment. However, once you are done with setting the password, hit OK and that will be it. The new catalog database will be created, and you can see it in the following screenshot. 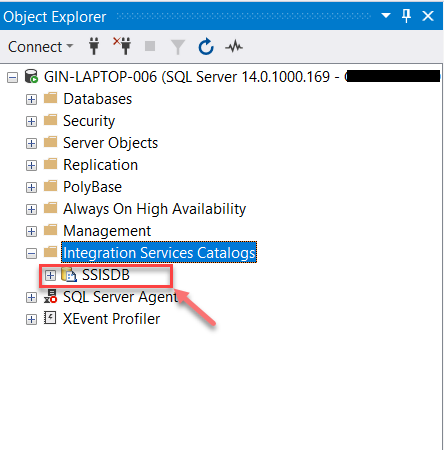 Right-click on the SSISDB folder and select Properties. The properties dialog box will open up as follows. 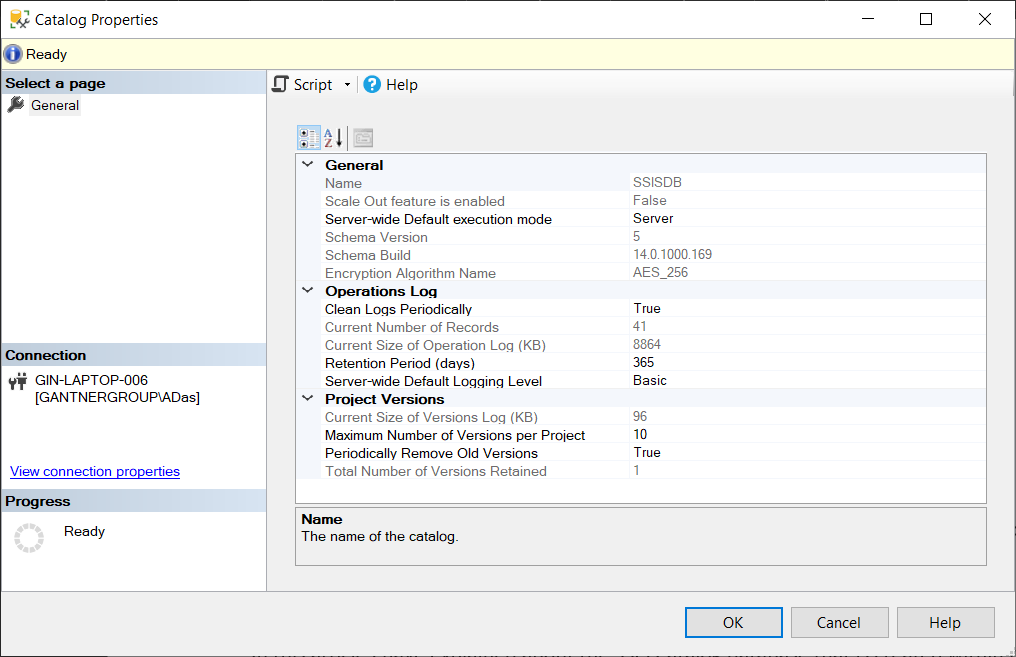 The main properties that need to be taken care of by the database administrators are as follows: 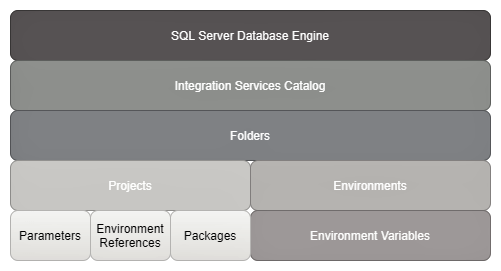 If you see in the diagram, the top-level component here is the SQL Server Database Engine, on which the Integration Services Catalog database resides. Inside the Catalog database, you can organize your SSIS projects in folders. This is just a logical grouping of folders that you can use to group your projects. Usually, I create folders specific to different customers and then deploy the projects within those folders.

Now, every folder in the catalog database is capable of one or multiple projects. As soon as you create a new folder, you can automatically see two subfolders being created within it – one for the Projects and one for the Environments. 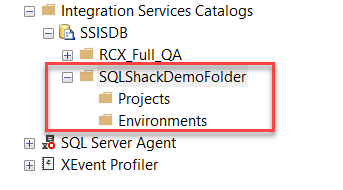 The Projects folder contains the SSIS project that you deploy to the SSIS Catalog database which further contains the individual DTSX packages along with the following objects.

The Environments folder consists of the various environments that can be used for executing the SSIS packages (development, QA, staging, production etc.). You can create multiple environments, one for each as mentioned and then define the Environment Variables within each of them. These variables can contain connection strings for different databases, or other project or package parameter values based on the environment. This can be referred to as an alternate option for setting up configuration files. 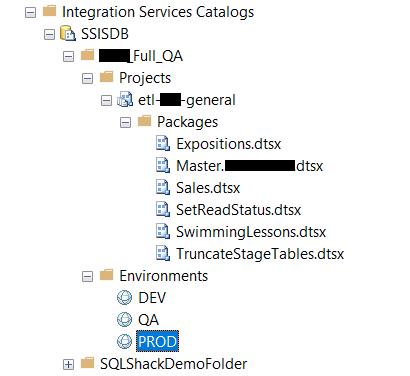 Now that we have some idea about the Integration Services Catalog database structure, let us now understand how we can deploy the SSIS projects and packages to this catalog database after development. Basically, there are three modes of project deployment into the catalog database as follows.

Well, as you might have already guessed, the most preferred way of deploying the projects would be by using the SQL Server Management Studio. It provides a graphical user interface of carrying out all the necessary actions required to deploy an Integration Services project. The final build of an SSIS project is an ISPAC file which contains all the packages within and can be used as a deployment file.

Finally, another way to deploy SSIS packages to the SSIS catalog would be to use the T-SQL scripts. Using this feature gives the database administrators greater control over the deployment and configuration part and these scripts can also be used to automate certain deployments if required.

In this article, I have explained the SSIS Catalog database (SSISDB) that is created within the SQL Server instance. This catalog database is one of the most important concepts that need to be understood while dealing with SSIS project deployments. Using the catalog database, you can easily configure parameters, set environments, and manage other activities. To learn more about the catalog database, please refer to the official documentation from Microsoft.