Microsoft SQL Server Express LocalDB allows developers to write and test Transact-SQL code. But, without having to manage a full server instance of SQL Server.

There are two methods of installing LocalDB, one of them is using the SqlLocalDB.msi program. The second method is an option when SQL Server Express 2012 or a newer version is being installed.

The SqlLocaDB.MSI can be downloaded as a separate item from the SQL Server download page:

If to the 32-bit version of Microsoft SQL Server Express LocalDB is installed on 64-bit Windows, the following warning message will appear:

The Installation process of SqlLocalDB.MSI is very quick and easy. When a user double clicks on the SqlLocaDB.MSI installation file, the Microsoft SQL Server 2012 Express LocalDB window will appear; then the Next button should be clicked in order to continue: 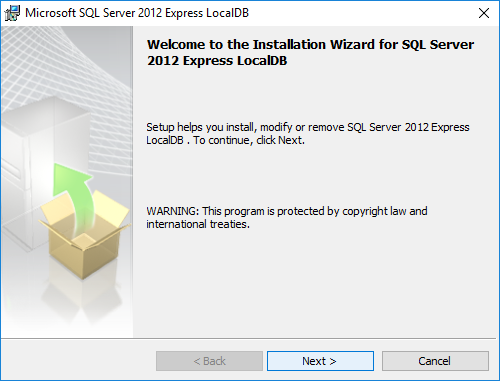 On the License Agreement window, read the license terms of use carefully and check the “I accept the terms in the license agreement” radio button. And again, click the Next button: 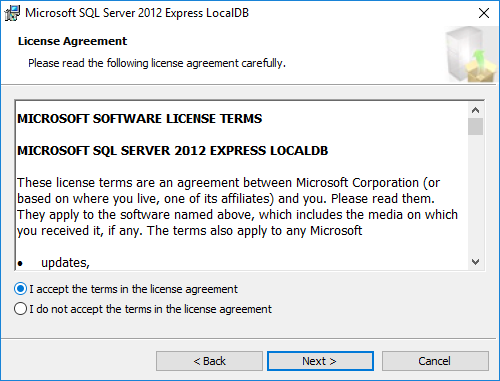 The following step is to click the Installation button: 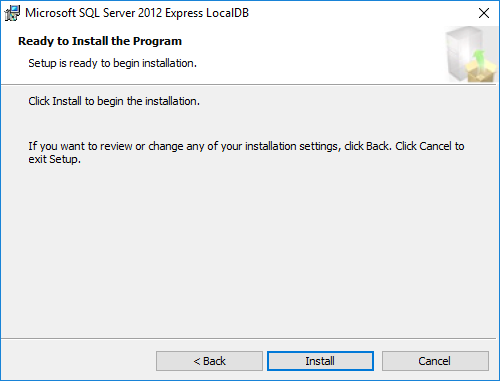 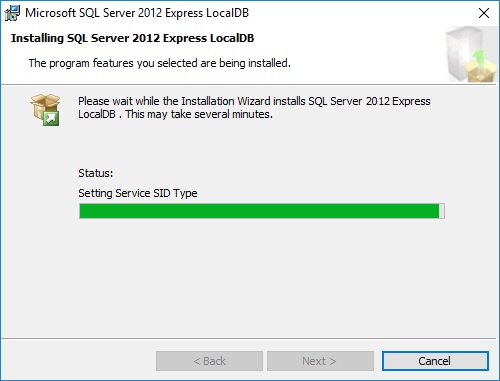 After a few seconds, the installation process will be finished: 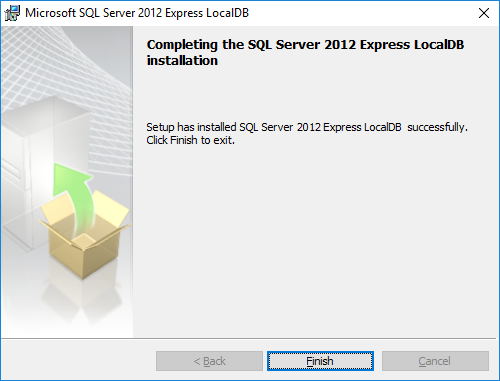 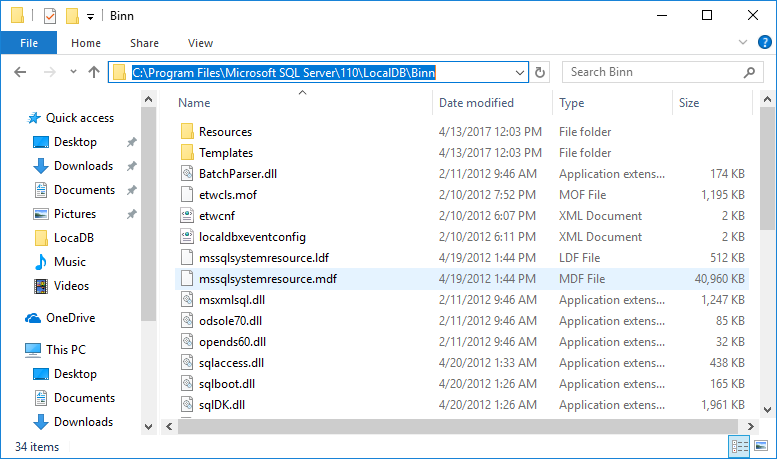 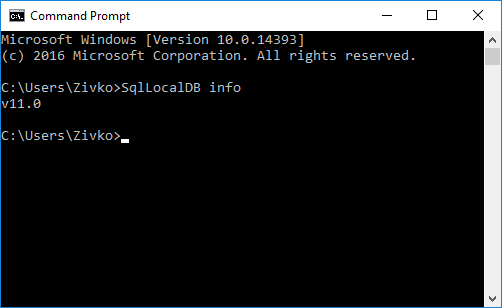 The default (automatic) LocalDB instance name begins with a single character v. After this character, the number is in this format xx.x which presents a LocalDB version number. For example, v11.0 represents SQL Server 2012. 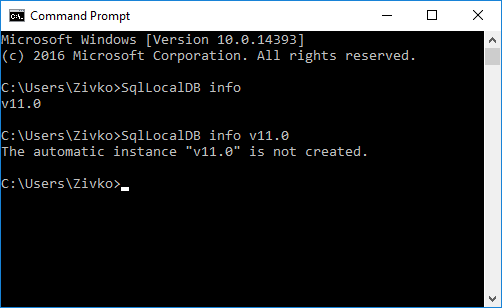 In order to create an automatic LocaDB instance, in the Command Prompt window, the following command: SqlLocalDB create v11.0 should be typed. 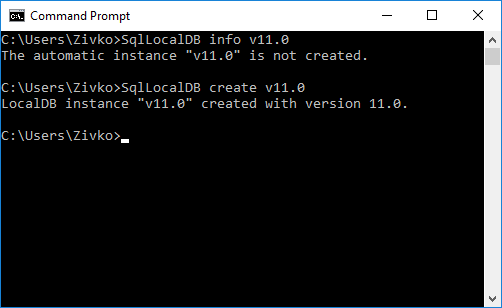 The default (automatic) LocalDB instance is public while user named instances of LocalDB are private.

LocalDB supports instance sharing, which means that a user, the owner of an instance, can allow other users to connect to his instance. The way of sharing / unsharring LocalDB instance can be achieved by using SqlLocalDB Utility share/unshared commands.

Different users of the computer can create the instances with the same name.

The SQL Server Express LocalDB instance is set to SQL_Latin1_General_CP1_CI_AS collation and cannot be changed. The database, column and expression level collections are supported normally.

The system database files for the database are, by default, stored under this location: C:\Users\<User_Name>\AppData\Local\Microsoft\Microsoft SQL Server Local DB\Instances

Now, after Microsoft SQL Server 2014 Express LocalDB has been installed or a newer one and the SqlLocalDB info command is run in the Command Prompt window, the following result will appear: 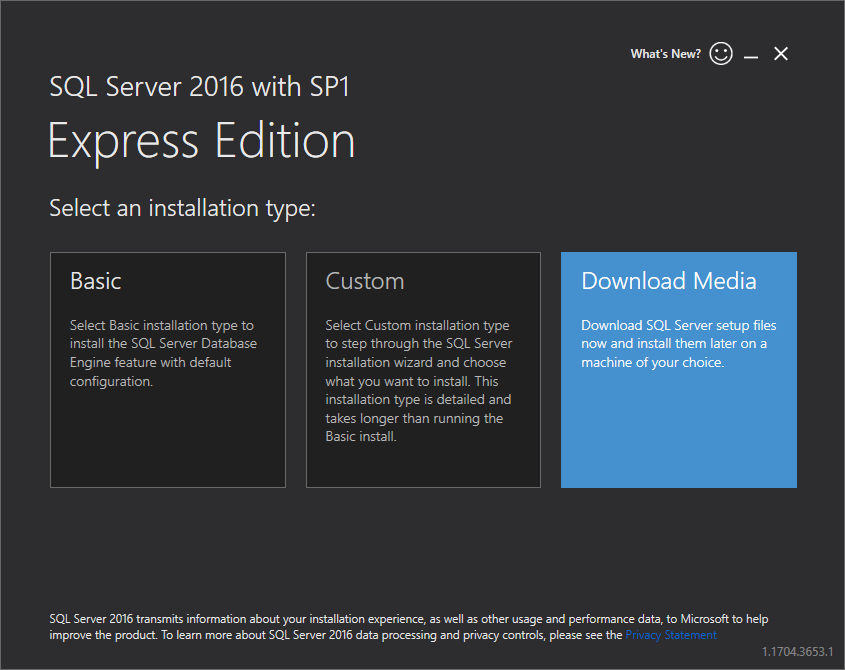 If Download Media has been chosen, there are two ways to download and install SQL Server 2016 Express LocalDB. The first one is to select the LocalDB radio button. The other one is by using Express Advanced: 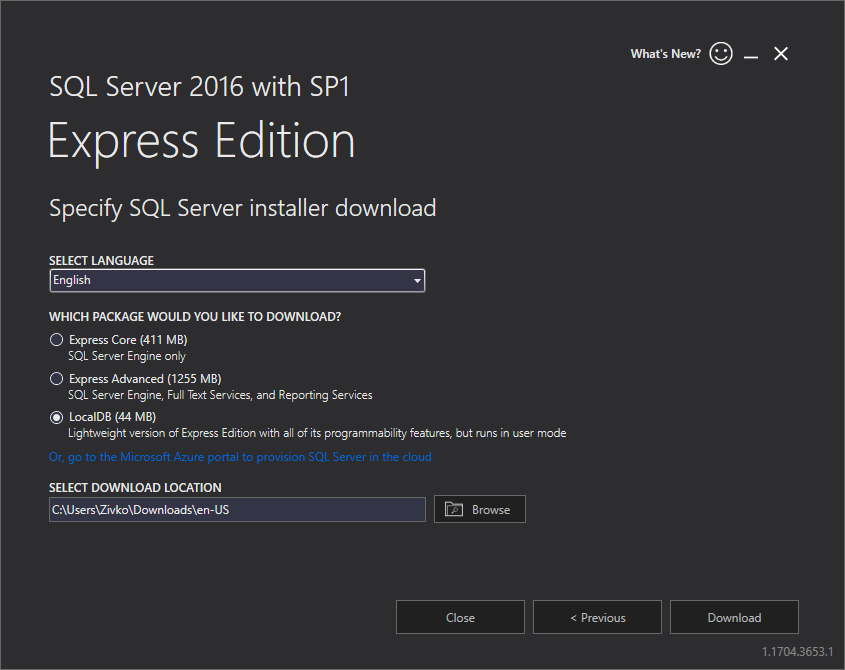 Microsoft SQL Server Express LocalDB supports silent installation. A user should download SqlLocalDB.msi and run the Command Prompt window as an administrator. Then, they should paste the following command:

The next step is pressing the Enter key from the keyboard:

A user should make sure that the path in which SqlLocalDB.msi is located is correct, otherwise the following error may appear: 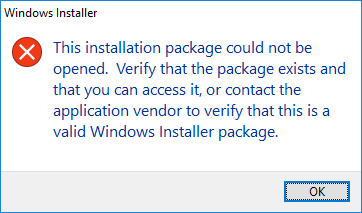 As it was mentioned earlier in this article, one way of installing LocalDB is the option when the Express version of SQL Server 2012 or a newer one is installed.

LocalDB should be selected from the Feature Selection page during the installation of the SQL Server Express version:

Next article in this series