This article will describe the effect of SQL Server foreign keys on query plans which are created by the query optimizer.

Foreign keys are used to enforce the referential integrity between the data of the two tables and are frequently used in relational database designs. You can see the article, What is a foreign key in SQL Server to learn more details about the foreign keys.

At first, we will create a Customers table through the following query.

The execution plan of the query is very simple, the storage engine retrieves the data using indexes, and then this data is joined by nested loops join operator.

Just now, we will remove the Customer tables column in the query and only retrieves the Amount and OrderData column data.

Now, we will analyze the executed query execution plan carefully because we will see that the query plan is formed differently because of the secondary key.

After the bulk insert operations, check and foreign key constraints status are changed to not-trusted, if we don’t use the  CHECK_CONSTRAINTS parameter. It means that the bulk copied data is inserted into the destination table without checking the referential integrity. The main idea behind this approach is to increase the performance of the bulk copy operations. However, this situation prevents the optimizer from using the join elimination method. Let’s go through the details of this case with an example. Firstly, we will look at the trust status of the CustomerOrders table foreign constraint. The sys.foreignkeys system table can give metadata information of the SQL Server foreign keys.

As seen in the above image, the status is_not_trusted is 0 so we can ensure that the referential integrity exists and we can not insert any row into the CustomerOrders table that not provides the foreign key data integrity. Now, we will disable this integrity by using the following query.

After disabling the check constraint, we will re-execute the same query which is the join elimination method performed by the query optimizer.

The nested loops and clustered index scan operators are re-added to the query plan because of the disabled foreign key integrity. In this circumstance, the optimizer can not ensure the foreign key decided to read data from the Customer table. As a result, we can say that untrusted foreign keys ignore to use join elimination method.

As we stated in the entrance part of the article, the foreign keys affect the query optimizer behaves and this situation is also valid for the insert statements. In the insert operations, SQL Server checks the inserted child row that exists in the parent table to verify the referential integrity. When a foreign key status is not trusted then the storage engine does not require to check the inserted foreign key is exists in the parent table. The execution plan of the following query will only include clustered index insert operator because of this situation.

Now, we will re-enable the foreign key constraint and will change its status as trusted.

After enabling the foreign key, we will insert a new row to the table and look at the interesting changes in its query plan. 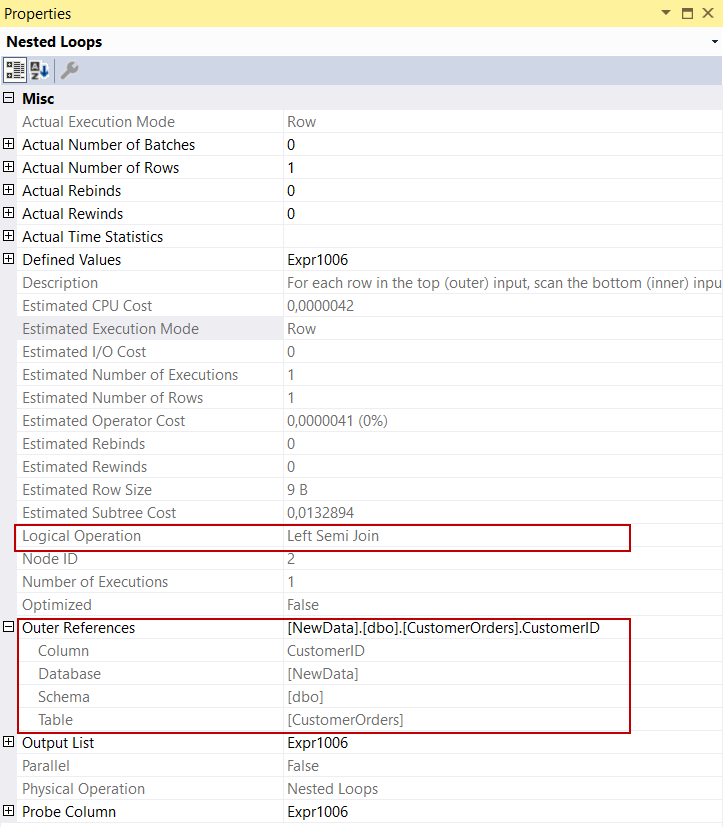 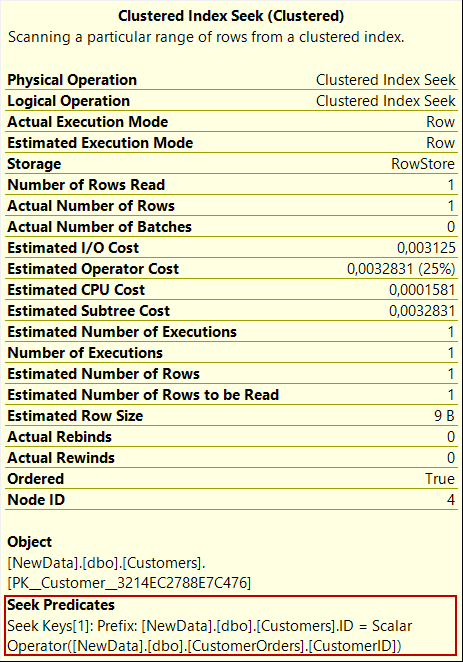 The assert operator is used to verify conditions execution of the queries and its Predicate attribute shows which condition is evaluated by this operator. 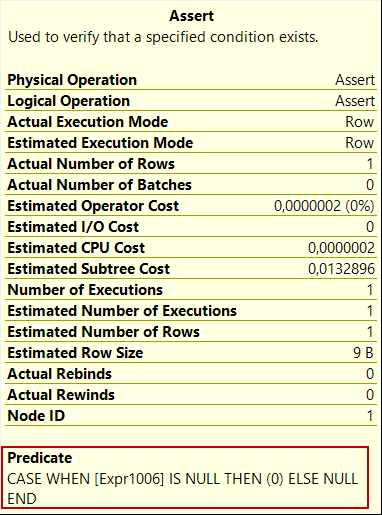 Put all the pieces together

The insert statement execution plan of the queries which involve foreign keys might be a bit complicated. For this reason, we will briefly interpret the execution plan again.