In this article, we are going to learn about working with Python in Power BI. Power BI has been adding a lot of features to it recently and one of the most essential was adding Python functionality to it. Users are now able to run Python scripts directly from within Power BI. Python is a great programming language, especially when it comes to the field of data analysis. Most of the machine learning frameworks and data science libraries are written in Python and there is a huge community of open-source programmers that maintain and promote the use of Python along with these libraries.

In such a world, where more and more companies and users are focussing on open-source technologies, the addition of scripting in Python within Power BI takes it to another level where you can create data analysis scripts within the Power BI. You can also create datasets from scratch using Python in Power BI. Additionally, Python has a rich set of data visualization libraries like Seaborn and Matplotlib that allows a rich set of visuals that are not currently supported by Power BI. You can also use the Pandas and NumPy libraries to perform some data analysis or scientific calculations using Python in Power BI.

Pre-requisites to work with Python in Power BI

In order to work with Python in Power BI, we need to have the following pre-requisites.

In order to work with Python in Power BI, we need to get the runtime of the latest version of Python installed. You can get the recommended installer from the official website. Once downloaded, you can get it installed on your machine by simply following the installation guide. After successful installation, you can check the version of Python by running the following command from the command prompt:

In order to work with Python, we need to install the libraries. Power BI only supports Pandas data frames at the moment and hence we need to get it installed. You can use the following command to install pandas on your machine:

Since I have already installed the library earlier, it says “Requirement already satisfied“.

Similarly, you can also install Seaborn using the following command: 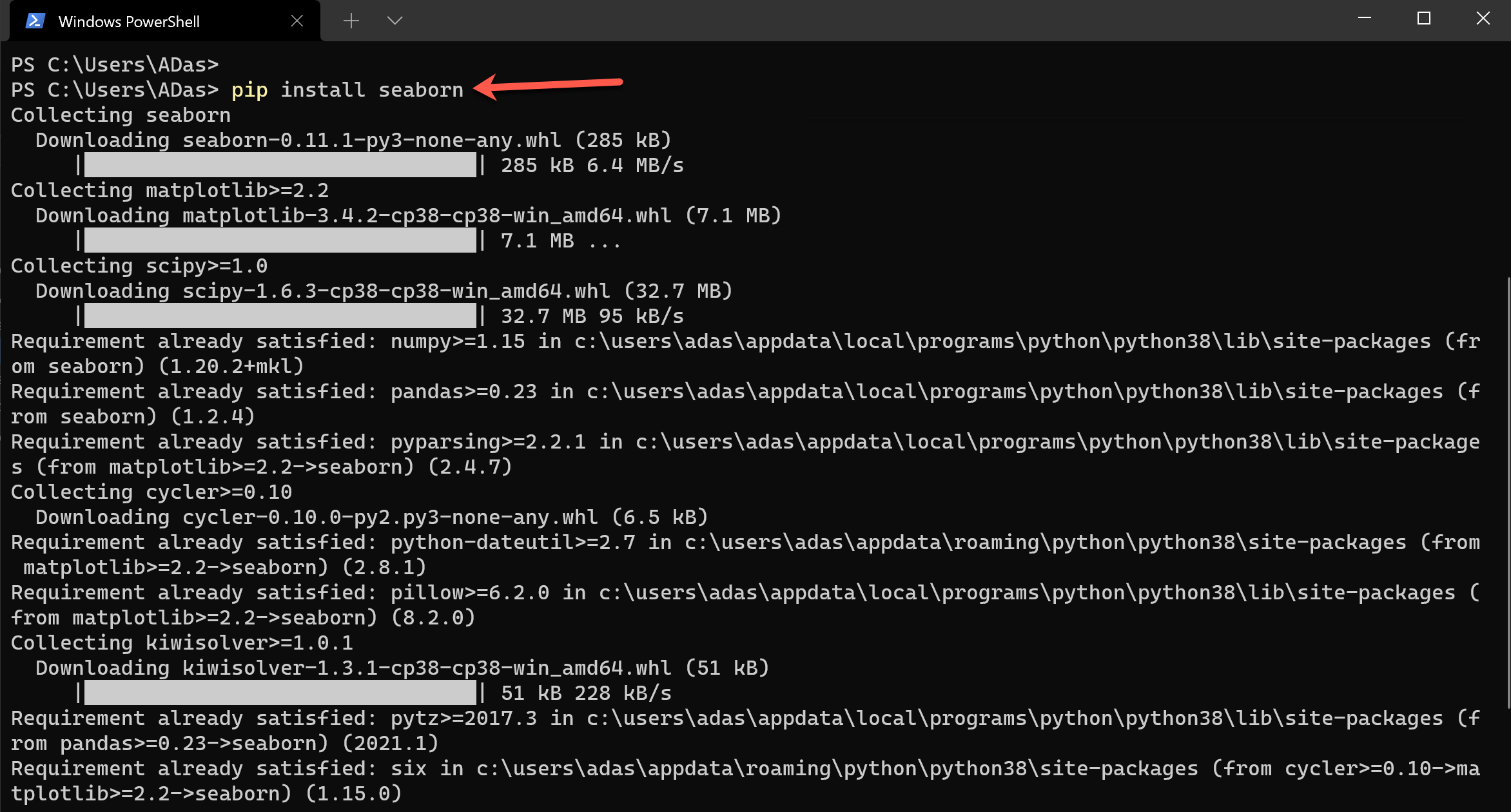 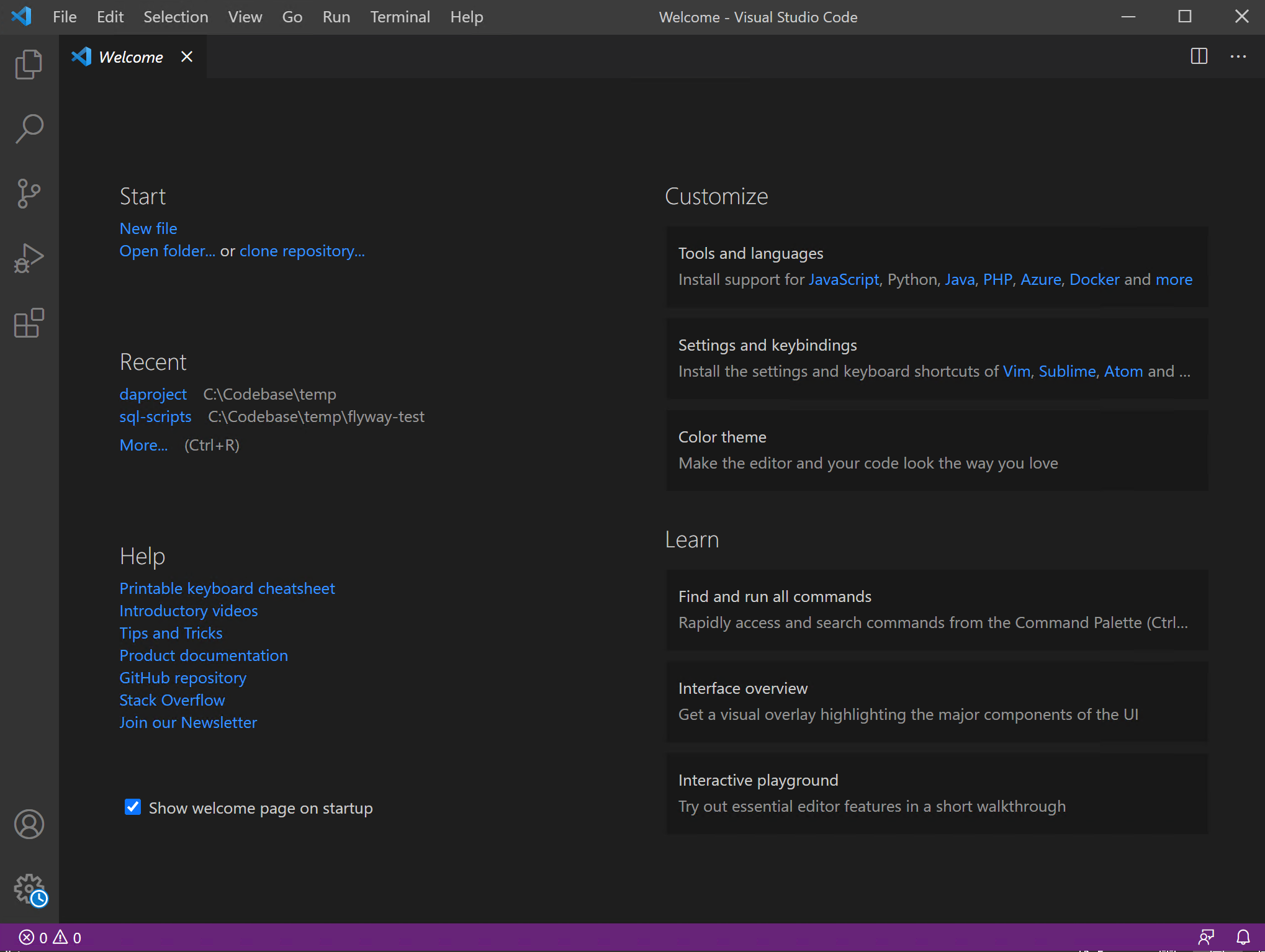 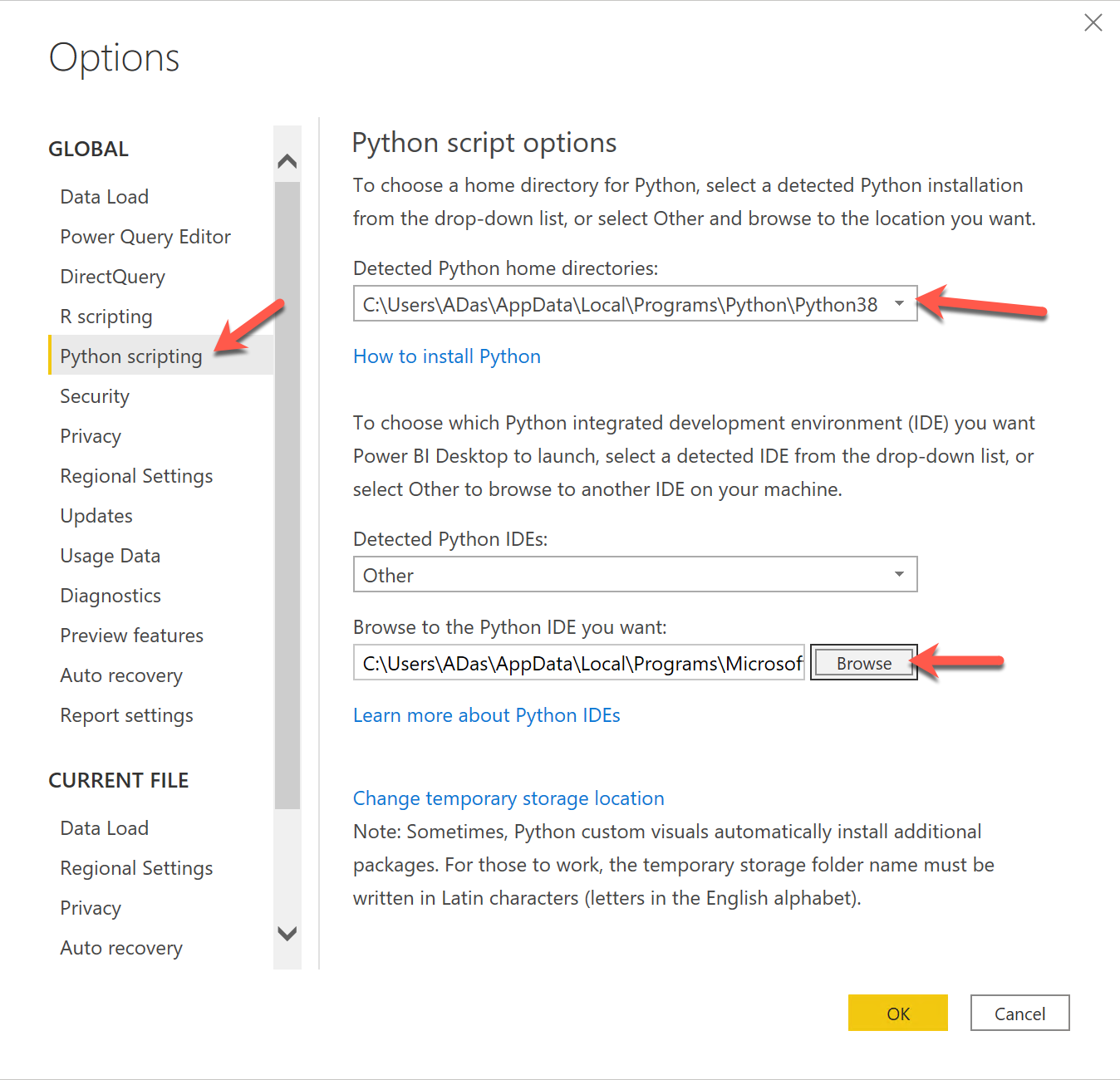 Now that we have completed the pre-requisites, we can now start writing Python scripts and use them in Power BI. Let us first create a simple script and ensure it is working before importing it into Power BI. For the purpose of this tutorial, I am going to create a simple CSV file with some data and import it as a data frame in Python. You can use the following script to load the data into a Pandas data frame:

The sample dataset that I am using for this tutorial can be found here:

Once you execute the Python script, the following output will be obtained on the console.

As you can see in the above figure, the Pandas data frame has been printed on the console. This means the script works fine and we are good to import it in Power BI. 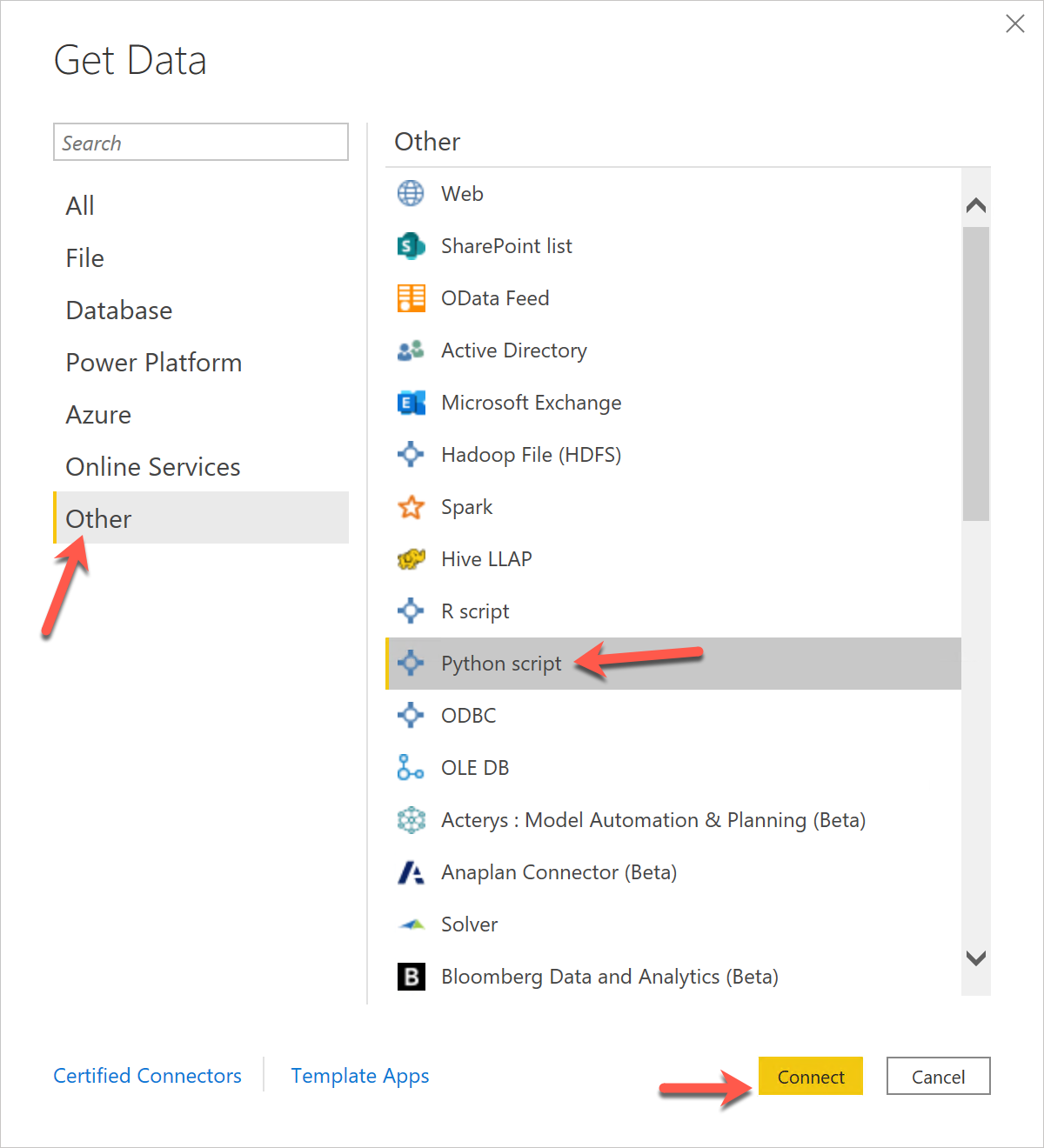 A new dialog box for writing the Python script will open. You can copy the script from your code editor to the script box in Power BI. Click OK once done. 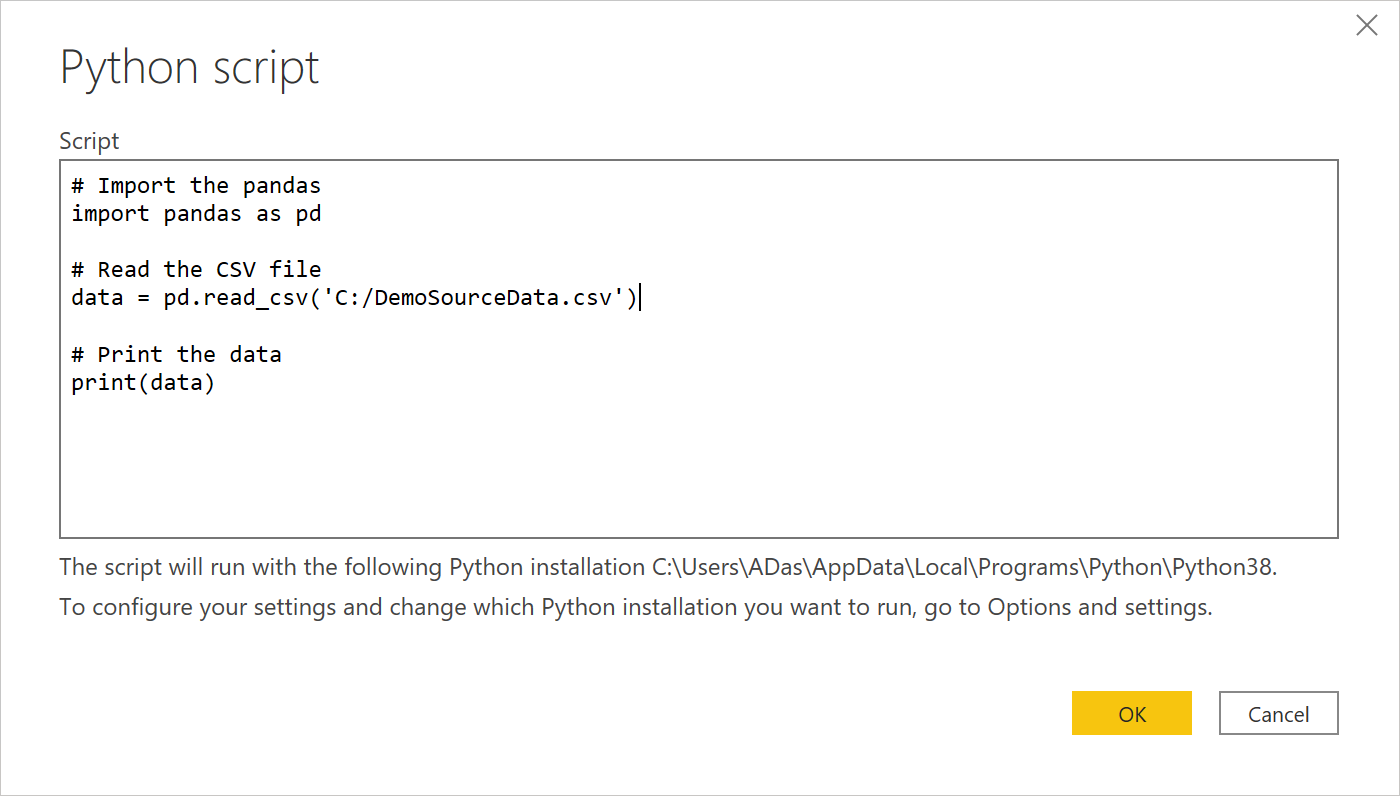 Once you click OK, Power BI is going to initiate an instance of the Python and run the script provided to it. The script will read the CSV file from the location and then prepare the Pandas data frame which is then loaded into Power BI. 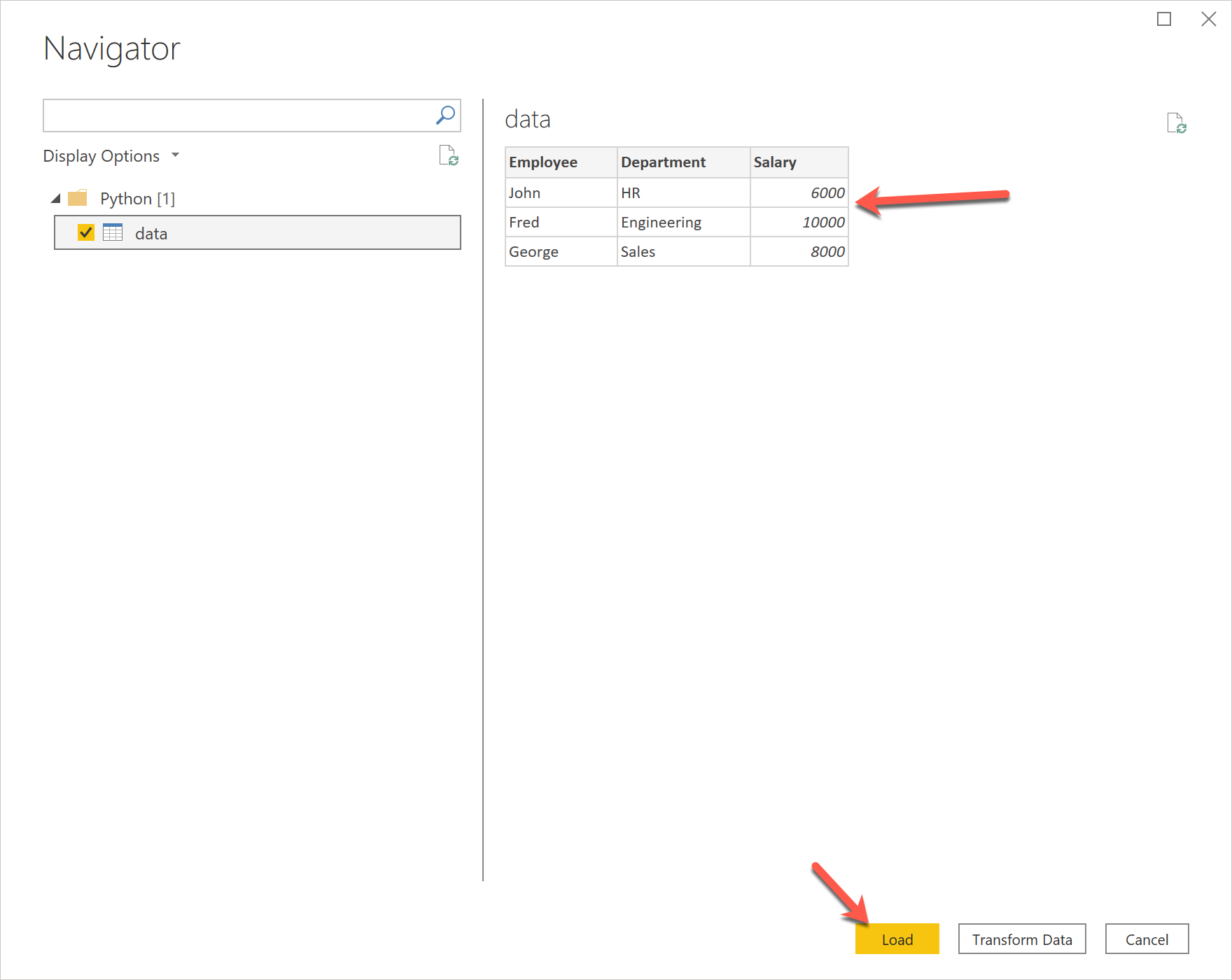 As soon as you load the data into Power BI, the data model is created, and the fields are loaded in the data section. You can start creating your visualizations with this data now. 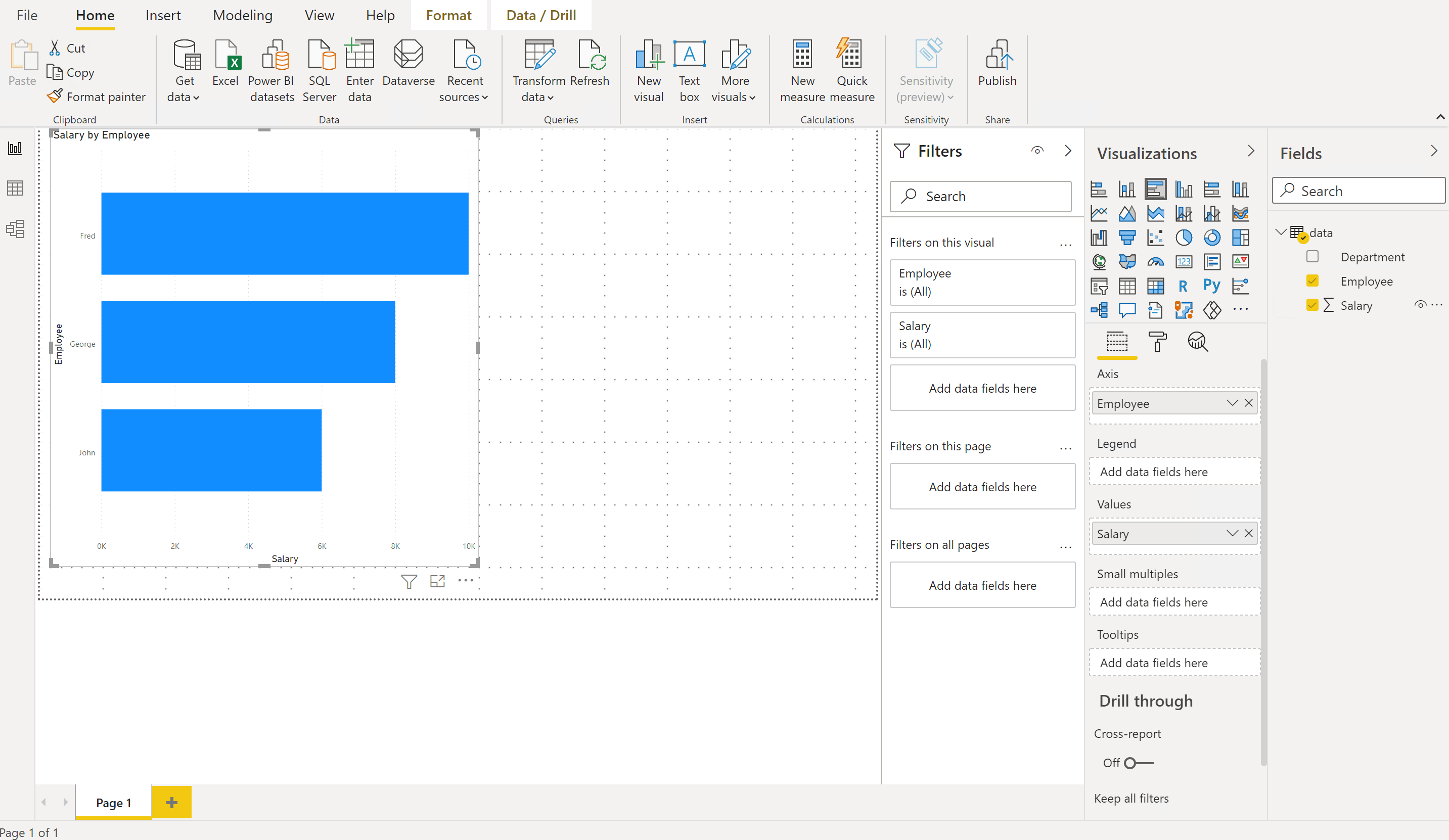 Using this method, you can create complex data frames in Python and then import them into Power BI. Additionally, you can also perform data manipulation using the Pandas library and then once the final dataset is created, it can then be imported into Power BI to create the visuals from it. This will make using Power BI easier for a lot of Data Scientists and Data Analysts who are already experts in manipulating data using Python.

The data that we have just imported using Python can be normally refreshed by hitting the Refresh button on the ribbon. This will execute the Python script once again and read the data from the CSV file and refresh the data model.

In this article, we have learned how to use Python in Power BI. Python is one of the most popular open-source programming languages that are being used heavily in the field of data science and machine learning. Using Python in Power BI, you can extend the normal capabilities of the tool and enhance the way Power BI works. You can perform external data analysis using frameworks like Pandas, run external Python scripts from Power BI, create and manipulate datasets, create visualizations using Python libraries, and a lot more. To learn more about using Python in Power BI, I would recommend studying the official documentation from Microsoft.