In this article, we’ll take a look at a brief TSQL history and a few examples of loops, conditionals, and stored procedures

TSQL also named T-SQL or Transact-SQL is an SQL extension used in SQL Server created and used by Sybase to write queries. In this article, we will talk about the Transact-SQL history including some SQL history to understand the evolution. 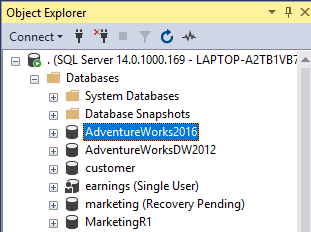 To understand T-SQL, you need to study SQL first. The SQL which was initially SEQUEL (Structured English Query Language). This language was initially developed by IBM in San Jose, California. The name SEQUEL was changed to SQL later due to some trademark problems with a UK company, but now SEQUEL is the official pronunciation of SQL

SQL now stands for Structured Query Language and it is a standard used by the databases to query Structured Languages. Even several NoSQL databases use similar languages.

T-SQL is based on SQL but extended. T-SQL means Transaction SQL and it was originally used by Sybase (a database than was popular in the past) and then after a while used by Microsoft SQL Server. If you did not know, SQL Server was based in Sybase technology at the beginning. For more information about SQL Server history, refer to this article:

In this article, we will not teach SQL which is a database query language used by the databases. We will focus on Transact-SQL that includes some functionality not necessarily included in SQL.

In order to start, you will need SQL Server installed and SQL Server Management Studio (SSMS). You could use other tools to write the code, but this is the official tool.

For queries, we will use the Adventureworks database.

Let’s start with some code:

The first example is the famous Hello world. To do this we can use the following code:

You could also use the PRINT command:

The select prints as a column the result of Hello world, whereas the PRINT, prints as a message.

You can use variables. The following example will show how to select characters, numbers, and dates:

For more information about data types, refer to this article:

In this programming language, you do not have a loop sentence like in C++, C#, and Java. You use the WHILE Sentence instead.

The following example will create a table named myIDs and insert 10 values using a WHILE sentence:

The following example detects how old is a person with the date. The function GETDATE gets the current date and the variable myBirthDay store the birthday date. The function DATEDIFF gets the number of years between the current date and the birthday. Finally, the if sentence classifies as adult or children according to the age calculated. If the age is higher than 18, the person is an adult. Otherwise, the person is a child.

Using Stored Procedures is a best practice and it is highly recommended in SQL Server. If possible, always use stored procedures instead of a raw T-SQL query for security and performance.

If we want to invoke the stored procedure, the following code should be used:

We are calling the stored procedure CountryName and we are sending the Region Code.

In this article, we learned about SQL and Transact-SQL. We first learn the history first and then we jump into basic code. We learned loops, conditionals, and stored procedures.